Weekly Jumuah Special: Will the Heavens and the Earth Cry for You? 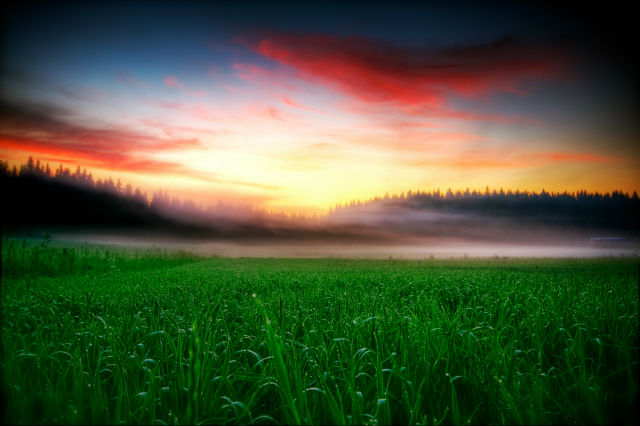 ‘What is your favourite Surah of the Quran’, I asked.
‘I think Surah az-Zumar,’ my friend replied. ‘Because it contains the moment the doors of Jannah open…’

Two months ago we stood there with raised hands begging for Forgiveness. We emptied our pockets for those in need. We asked Allah subhanahu wa ta’ala for everything we could think of. And that was Ramadhan.

The first ten days of Dhul Hijjah, the ten most blessed days of the whole year, sometimes come and pass by without Muslims knowing it. Just a count down to Eid.  Don’t you miss that strength of faith you felt in Ramadhan? I do.

These first blessed days of Dhul Hijjah, the Month of Pilgrimage,  are an ultimate chance Allah subhanahu wa ta’ala gives you and me. To turn to Him and set things straight. Just see it as your ‘10 Day Imaan Boot Camp’ and give it your all.

That is why today I want to share an ayah with you, which has to do with: DEEDS!
It is a treasure hidden in Surah Ad-Dukhaan. An ayah which means the world if you learn to understand it.

Did you know that the Heaven and the Earth cry?

“How many were the gardens and springs they left behind and corn-fields and noble buildings, and wealth, wherein they had taken such delight.. Thus (was their end)! And We made other people inherit (those things). And neither heaven nor earth shed a tear over them: nor were they given a respite (again).”  Surah ad-Dukhaan, ayah 25-29

A man once came to Ibn `Abbas, may Allah be pleased with him, and asked:
“Do the heavens and the earth weep for anybody?”  He replied: `Yes, there is no one who does not have a gate in the heavens through which his provision comes down and his good deeds ascend. When the believer dies, that gate is closed; it misses him and weeps for him, and the place of prayer on earth where he used to pray and remember Allah also weeps for him. But the people of Fir`awn left no trace of righteousness on the earth and they had no good deeds that ascended to Allah, so the heavens and the earth did not weep for them.”’ From Tafsir Ibn Kathir

Two types of People: who are you?

Isn’t that amazing?
These two immense creations, the Heaven and the Earth, cry for people like you and me!

So, there are two types of people:

Look at these people mentioned in the preceding ayah; they had all the comforts of life, eating whatever they wanted, wearing whatever they liked. Then all of that was taken away in one single morning and they departed from this world! The Angel of Death doesn’t wait for any one.

These very days the simplest deeds are being multiplied. Whether you are a busy man, woman, parent or student, there is something to reap for everyone!

The Prophet (PBUH) said, “There is no deed that is better in the sight of Allah or more greatly rewarded than a good deed done in the (first) ten days of Al-Adha”.

Here are 5 popular good deeds with an ‘extra’:
(Remember the Sabiqoon? Be the first and foremost in deeds!)

1. Fast.  All nine days and especially the ‘Day of Arafah’

The Prophet said: “Anyone who fasts for one day for Allah’s pleasure, Allah will keep his face away from the Hell fire for (a distance covered by a journey of) seventy years.” Bukhari, Muslim

The Prophet said: “There are no days on which good deeds are greater or more beloved to Allah than on these ten days, so recite much Tahleel (saying Laa ilaaha ill-Allah), Takbeer (saying Allahu Akbar) and Tahmeed (saying Alhamdu Lillaah).” Ahmad

Ibn ‘Umar and Abu Hurayrah used to go out in the marketplace during the first ten days of Dhul-Hijja, reciting Takbeer, and the people would recite Takbeer when they heard them. Bukhari

Takbeer during the first then days is an almost forgotten Sunnah. So say it in your home, on the street and every place where it is permitted to remember Allah. Imagine you go to the supermarket and you see another brother or sister and you say: ‘Assalaamu ‘alaykum, Allahu Akbar!’ You get the point.

Revive the Sunnah and earn great rewards for doing so.
The Prophet said: “Whoever revives an aspect of my Sunnah that is forgotten after my death, he will have a reward equivalent to that of the people who follow him, without it detracting in the least from their reward.” Tirmidhi

3. Return to the Quran. Open it and start reading.

Open the Quran, not just because reciting is a good deed. Open the Quran because you want to know how you should act. Which decisions you should make. That is what the Quran is for. To show you who you are.

4. Increase in doing ALL good deeds

So, you are not going on Hajj, that doesn’t mean you can sit still!  Busy yourself with any and every possible good deed. Every sincere act will bring you closer to Him. Remember to do an act of worship out of love and never as a ‘checklist.’

Did you know that one of the biggest forms of worshiping Allah is to thank Him? Alhamdulillah you can say Alhamdulillah!

Now ask yourself the question..
Will the Heavens and the Earth cry for ME?

Deeds are your money on the Day of Judgement, make sure you collect plenty now.

THE AYAH JOURNAL, Qur’an & Productivity is a global project with the exciting goal to inspire every Muslim worldwide to open the Qur’an every day, pick one ayah and apply it to your own life by making acting on the ayah your mission for the day. Let’s bring back the message of the Qur’an to our daily life! Check www.ayahjournal.com and www.facebook.com/ayahjournal for vibrant Qur’an & Productivity tips.