The Soul’s Musk: The Power of Intention 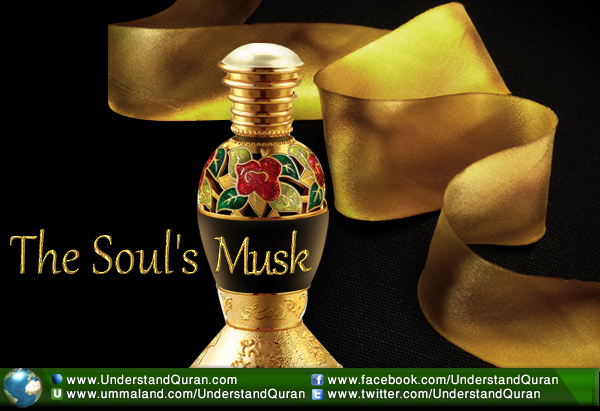 This is one of my favourite ayaat in the Quran. Why? Because here Allah (swt) is telling me to constantly remind myself about why I do what I do each day— every prayer I stand up to pray, everything I do for others. My whole life and death are for Him.

The Spirit of Your Deeds

We get caught up in our routines. Days fly by, and we forget about one of the most important actions of our Muslim hearts.

Do you know what it is? It’s the spirit of your deeds. It can either make or break every deed you do. It’s been called “The Soul’s Musk.”

It is the niyyah (intention).

Do you realize the power of the intention behind the things you do? Let’s make the following a reminder for life, insha’Allaah!

Why is it so important to learn about niyyah (intention)? Niyyah is the spirit of your deeds, and it can turn the easiest deeds, the things you do daily, into acts of worship. Can you imagine you can get rich (in rewards of your Lord that is) by just sleeping?  That’s what I call a beautiful secret to being truly productive, a gift only for us Muslims!

What is the location of your intention? Intention is a state, action, and description of the heart. You can say something that’s not in your heart, but it won’t mean anything because it doesn’t have intention behind it.

1.       One type is obligatory intention, without which an act of worship is not valid, like the intention in doing wudoo’, praying, paying zakaah, fasting. and doing Hajj. For example, if you intend to offer the prayer and you get up to do it, then you have formed the intention.  In such cases it’s difficult to forget to form the intention. You know you’re standing up to pray a certain prayer. This is your ‘fiqh’ intention and this is how you differentiate one act of worship from another. It focuses on the action itself.

2.       Another is the mustahabb— intention in order to gain reward. This is what some people forget. It means to keep the intention in mind when doing permissible things like eating, drinking, and sleeping, with the intention of strengthening oneself to do acts of worship. As the Prophet (peace and blessings of Allaah be upon him) said: You will never spend anything that you spend for the sake of Allaah, but you will be rewarded for it, even the morsel of food that you put in your wife’s mouth. [Al-Bukhaari]

This is your sincere intention and it focuses on who the action is for and why it’s done. This is the type of intention we’re discussing now!

Struggling With Your Intentions?

The intention behind something is the driving force. Without it you wouldn’t be doing anything. The place for the intention is in the heart. Allah ‘azza wajal is asking us to make our intention to seek only His Countenance. If you think about it, it’s such a beautiful purpose. Why would you want to seek the pleasure of a created thing if you can seek the pleasure of the Almighty Creator, who even rewards you for sleeping if you do so to become stronger to worship Him? Allaahu akbar.

Even the sahaaba, the best of people, were struggling with and fearing for their intentions.  Abu Hurayrah radiyallaahu anhu fainted three times when he was narrating the hadith about three types of people who ended up at the lowest depth of the hellfire. Why were they there? Because they didn’t have the right intentions.

How to Develop Sincerity

It’s natural that we struggle with our intentions. But it’s not impossible to be sincere. In fact, it’s something you can develop and train yourself in!

Our goal should be to have ikhlaas in what we do. The meaning of ikhlaas is to purify something, not to mix it with anything else. It means to single out Allah subhanahu wa ta’alaa with intention in matters of obedience. You do not seek other than Allah ‘azza wajal as a witness for your actions or as a compensator for them, meaning you don’t do it for the people.

Don’t forget that in order for Allah ‘azza wajal to accept your deeds, they should be: 1). made with a sincere intention for Him alone; and 2). according to the Sunnah and sharee’ah of the Prophet Muhammad salallaahu alayhi wa sallam.

1. Think Before You Act

What helps to keep this intention in mind is thinking and not being hasty. You should think about what you are intending to do, take stock of yourself before acting, think about whether it is halaal or haraam, then look at your intention: what do you want from this? Every time you take stock of yourself and think before acting, this will remind you about forming the intention. It will then in shaa Allah become second nature and a habit that you adopt, so that you won’t enter or exit, eat or drink, give or withhold, without having an intention in doing so. In this way most of your time will become devoted to worship.

Do All Actions Require Good Intention?

What do you think? Do you need to have an intention to be rewarded?

You don’t need the intention to get rewarded for it. By doing halal Allah ‘azza wajal will reward you for it. You increase the reward by having an intention. You increase it more by having multiple intentions. Allah is generous and he wants to give— you just have to grab it.

You can make a general intention and get all the reward, but the effect on the heart is less. Ibn Taymiyyah said: suratal Ikhlaas is one third of the Qur’an. But this is different than actually reading it.  Actually reading will affect the heart more.

Have regular actions that no one knows about. Start with one this week. Then change the type of ibaadah: prayer, fasting, sadaqah, etc., and try to increase it. For example this week help someone out (sadaqah), while no one knows about it. Then the next week stand up for an extra night prayer.

The Prophet (peace and blessings of Allaah be upon him) said: Actions are but by intentions and each person will have but that which he intended. [Al-Bukhaari and Muslim)