What Understand Quran Academy Did for My Family 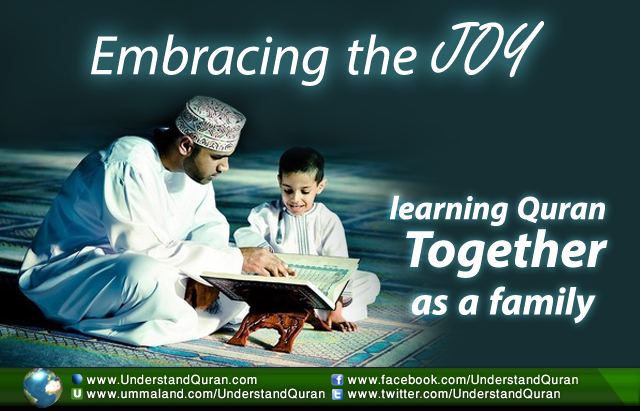 Thanks to Understand Quran Academy, this is the most joyous learning that we have done together as a family so far!

My four-year-old daughter, Hanan, has learned her Arabic alphabets along with Tajweed through the Understand Quran Academy course in around one month. She has mastered the material really well! She sings the rhymes song joyfully and is very keen to do the course every day.

The Child Leading the Man

Yesterday, in the Maghrib prayer, I was reciting Sura Ad-Dhuha, and I made a tajweed mistake in tardha, making the ta thick and heavy because it is followed by the thick r. My daughter came to me right after I finished the salah and asked me why I had said tarda with a heavy ta when it was supposed to be pronounced as the soft t, as in two tomatoes.

Subhanallah, this was the highlight of my day yesterday.

She is able to tell us how to pronounce ra, thick only and not heavy, and other letters which are both thick and heavy. When my wife is teaching my son some of the characteristics of the letters and she does not know how to explain pronunciation of letters like ra, my daughter is able to immediately say that ra is just thick and not heavy.

Last week, an imam from the local mosque visited my home. I opened the Madinah Arabic course and asked Hanan to read a random page to him; she was able to read most of it correctly, and the imam was so happy and impressed that he immediately noted down the website address for Understand Quran Academy.

He also asked me to set up an account for him so that he could listen to the course, because he wished to improve the way he teaches Arabic reading to the children at the mosque. Hanan likes the games where she has to point to the correct letters and she also likes printing out the workbook and circling the correct letter.

Inspired by the success of my daughter, who did the course with my wife, I started doing the course with my six-year-old son, Safwan. He is so interested in the classes that the first thing that he asks when I come back from work is, “When can we do Arabic classes?”

He has learned to read Arabic already with his mom, using Yassarnal Quran. But he likes the song and the different shifa (attributes) of the letters like thick and heavy, letters with meaning, etc. He likes to write the alphabets and he loves all the funny explanations.

Overall, the course has struck a chord with both my children. They laugh at many of the explanations and they recite the rhyme with so much joy. And the highlight is that they correct me when I make a tajweed mistake, as I am also learning tajweed with them (especially the difficult letters like the ha in the middle of the throat, and the special dha, etc.).