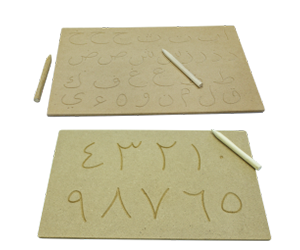 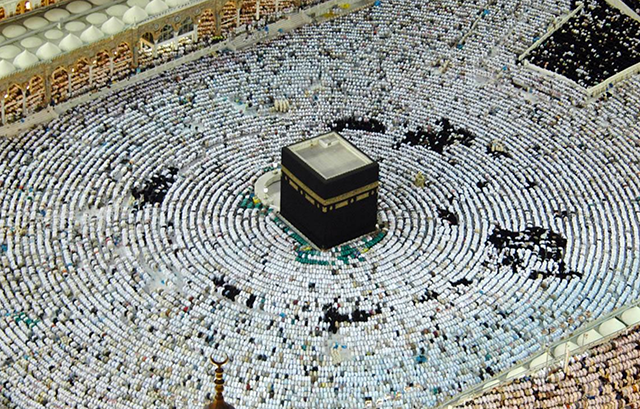 When I watched the intro video of the ‘Hajj: from Ritual to Spiritual’ course it reminded me of my Hajj.  I never saw a course like this, focused on understanding Hajj. I only watched some ‘prep videos’ online, you know, the ones telling you what to pack and what to say when you’re there.

It was 2008. I had just become Muslim and soon after Allah subhanahu wa ta’ala chose me to perform the Journey of Journeys, what a blessing!

However, until the day of today I keep wondering..
Did I fully grasp the meaning of this great pillar of Islam? Did I do everything the way I was supposed to?  Is my Hajj accepted?
We often tell ourselves; ‘ If I knew then, what I know now I would have done things so differently!’

In the Qur’an we find everlasting lessons. There’s no time to the wisdom of the Qur’an. The Qur’an is not something we should struggle to fit into our lives; rather, it is the answer to how to get the most out of our lives. It is a guide to productivity.

Now, there’s something interesting going on with the ritual of Hajj..
There’s a whole Surah dedicated to Hajj in the Qur’an (Chapter Hajj, 22). Do you think this Surah is just teaching you how to perform Hajj? And did you think, it’s about Hajj and I already went, or I can’t go anytime soon, so what’s the point for me now?
Don’t you know of the amazing daily life lessons hidden in this beautiful Surah? It’s time to UNDERSTAND the Qur’an!

Believing in Allah, your salah, your zakat, fasting in Ramadhan…these things always return in your life. If it’s not daily, then it’s at least yearly.  But the ones who went on Hajj often think it’s end of the story; ‘I probably won’t go again..’ or ‘ I know I cannot go now anyway..’ so the Meaning of the Hajj disappears from their lives.
By acting upon the words of the Qur’an there will be benefit in every moment of yours. Plus the Qur’an is easy and effective for advising others too.
So, it’s time to bring the lessons from Hajj to YOUR life, right here and right now,  whether you already went, never went or are about to go!

15 Spiritual Lessons from Hajj
from the preparation, the travel, the rituals there until the return home!

2)       Packing bags vs The Provision of Taqwa
You equip yourself with enough provision to reach the sacred land. But do you remember the importance to pack your days of life with taqwaa? Allah subhanahu wa ta’ala says (interpretation of the meaning): “And take a provision (with you) for the journey, but the best provision is At-Taqwaa (piety, righteousness, etc.).” [al-Baqarah 2:197]

3)       Ihraam vs Shroud
When you put on the two garments of your ihraam, you cannot help but be reminded of the shroud in which you will be wrapped [after you die]. Daily remembering death helps you to fight disobedience and sins. Just like you have given up your regular clothing [for Hajj] and put on two clean, white garments, you have to make your heart clean and white [pure], by polishing it daily by dhikr and seeking forgiveness.

4)       ‘Labbayk Allaahumma labbayk’ vs Watching your tongue
As when we say Labbaik, we intend to speak only of obedience to Allah subhanahu wa ta’ala and avoid talk of disobedience. Allah subhanahu wa ta’ala watches us and our speech all the time, so we daily have to watch our tongue and avoid the two biggest problems we have with this muscle: gossiping and excessive talking!

7)       The Sunnah vs Reasoning
Kissing the Black Stone, which is the first ritual to be undertaken, and the following tawaaf teaches you to honour the Sunnah and not to oppose the laws of Allah subhanahu wa ta’ala with your feeble reasoning. This is a daily life lesson; you recognize that there is wisdom and goodness behind the laws and rituals prescribed for mankind, and you train yourself to submit yourself totally to your Lord, may He be exalted.

8)       Zamzam vs Water
When you drink the water of Zamzam you are reminded of the blessing which Allah subhanahu wa ta’ala has bestowed upon mankind in the form of this blessed water, which has never dried up.  Water plays a central role in our daily life. In fact you are made from water! And what about the daily amount of water which you so easily drink at home? Recognize and thank Allah subhanahu wa ta’ala daily for the blessing of water in general.

9)       Sa’ee vs Daily life trials
Sa’ee means effort. When you do al-Saa’ee, running between al-Safaa’ and al-Marwah, you are reminded of the trial of Haajar, a mother who was patient in the face of adversity. She didn’t just sit down but trusted her Lord AND got into action!

10)   The Holy House vs The Lord of The House
When you leave the Ka’bah in the direction of ‘Arafah to begin your Hajj, you are moving away from The House to meet The Lord of The House. ‘Arafah is outside the boundary of The Holy Land (Haram), signifying that The Lord of The House is everywhere, and is closer to man than he is to his own jugular vein. [Qaf, 50:16] The standing (wuqoof) in ‘Arafah reminds you of the throngs of people on the Day of Gathering. If you feel tired from being in a crowd of thousands, how will it be in the crowds of barefoot, naked, uncircumcised people, standing for fifty thousand years?

11)   Pebbles vs Shaytan’s Daily attacks
When you throw the pebbles at the Jamaraat, you realize that Ibraaheem knew that the one who was preventing him from obeying the Orders of Allah The Almighty was the devil as he was embodied for him three times to prevent him from slaughtering his son.  Ibraaheem threw seven pebbles at him three times and told him, “You will be thrown by me.” So, the devil was disappointed and turned on his heels. We are dealing with devils from mankind and jinn daily who want to prevent us from getting closer to Allah subhanahu wa ta’ala. KNOW your enemy and be motivated by Ibraheem to fight the attacks with yaqeen (certainty)!

12)   Limited Hajj time vs All other days
Hajj teaches us to get used to utilizing time. Time is our capital, you either waste it or invest it. During Hajj, you do great deeds in a period of time that might not exceed four days in different places that are far from each other and crowded. This shows that humans have great potential and latent energy. This is a great lesson for you that teaches you to get used to utilizing time and not wasting it in your daily life!

13)    Sacrifice vs Emotions
When you slaughter your sacrifice (hady), you are reminded of the great event when our father Ibraaheem submitted to the command of Allah subhanahu wa ta’ala to sacrifice his only son Ismaa’eel, after he had grown up and become a help to him. You remind yourself that there is no room for emotions which go against the commands and prohibitions of Allah subhanahu wa ta’ala. And very important; we have to work hard every day to instil sabr in our children like Ismaa’eel, who said (interpretation of the meaning): “ ‘O my father! Do that which you are commanded. In shaa Allaah (if Allaah wills), you will find me of al-saabireen (the patient ones).’” [al-Saaffaat 37:102]

14)   Hardship vs Ease
When you come out of your ihraam and things that had been forbidden become permissible again, teaches you a lesson of life:  the consequences of patience and that after hardship comes ease. The one who responds to the call of Allah subhanahu wa ta’ala will taste the sweetness of obedience, which cannot be tasted through anything else. Like the joy you feel when you break your fast or when you pray qiyaam at night, after you have finished praying.

15)   Return home vs Reunited in the Eternal Home
When you come back to your spouse and children, and experience the joy of meeting them again, this reminds you of the greater joy of meeting them in Paradise. This also teaches you that the greatest loss is losing oneself and one’s family on the Day of Resurrection, as Allah subhanahu wa ta’ala says (interpretation of the meaning): “The losers are those who will lose themselves and their families on the Day of Resurrection. Verily, that will be a manifest loss!” [al-Zumar 39:15].

To conclude; every day, a new page!
When you have finished all the rituals of Hajj as they were prescribed by Allah subhanahu wa ta’ala and in the manner that He loves, you hope that your Lord will forgive you all your sins, as the Prophet (peace and blessings of Allah be upon him) promised in the hadeeth, “Whoever does Hajj for the sake of Allah and does not have sexual relations (with his wife), commit sin, or dispute unjustly during the hajj, will come back like the day his mother gave birth to him. (Narrated by al-Bukhaari, 1449; Muslim, 1350).

This invites you to start a new page in his life, free of sin. However, every night and every morning Allah subhanahu wa ta’ala gives YOU a new chance, whether you went on Hajj or not, you just have to grab it!  Allah, the Exalted, stretches His Hand during the night so that those who commit sins by day may repent, and He stretches His Hand in the day so that those who commit sins by night may repent. He keeps doing so until the sun rises from the West”.[Muslim] Allahu akbar!