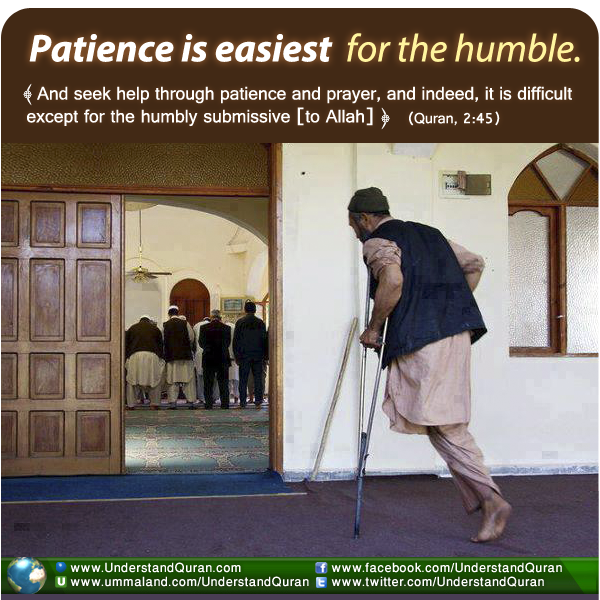 Arrogance can be called a superiority complex, a sense of extreme self-love coupled with the false belief that one is better than everyone else. Those who are proud and arrogant often don’t realize their true state. Muhammad ibn al-Husayn ibn Ali said:

Man’s reason will be diminished in proportion with arrogance, sense of greatness, or pride he possesses.*

Allah (swt) shows the arrogant person his or her incapacity and lowliness:

Thus we can conclude that arrogance is not a natural state of things. It’s a disease– and it’s also curable if Allah wills.

The first step towards curing any disease is the awareness that one is ill.

Once we detect even a minute amount of arrogance in our hearts, we must act quickly, because it’s a disease that can spread rapidly, blacken our hearts, and block our paths to guidance. The Prophet (sa) said:

Man continues to display haughtiness and arrogance until he is recorded among the arrogant and will be therefore afflicted with what afflicts them. [Tirmidhi].

A good idea of what it means to be arrogant and what the consequences are can accelerate our cure, if Allah wills. The Prophet (sa) defined arrogance thus:

Some consequences of fostering arrogance in one’s heart:

Assuredly, Allah knows what they conceal and what they declare. Indeed, He does not like the arrogant. [16:23]

And do not turn your cheek [in contempt] toward people and do not walk through the earth exultantly. Indeed, Allah does not like everyone self-deluded and boastful. [31:18]

Those who dispute concerning the signs of Allah without an authority having come to them – great is hatred [of them] in the sight of Allah and in the sight of those who have believed. Thus does Allah seal over every heart [belonging to] an arrogant tyrant. [40:35]

He who has, in his heart, an ant’s weight of arrogance will not enter Paradise. [Muslim].

In a Hadith Qudsi, the Prophet (sa) said that Allah (swt) said:

Pride is My cloak and greatness My robe, and whoever competes with Me with regard to either of them, I shall throw him into Hell. [ibn Majah]

Learn Quran recitation with 1 to 1 live classes with a qualified teacher.

Tabassum M is a freelance writer and a student of al-Salam Institute. She likes animals, natural beauty, reading novels, and researching interesting topics. She shares her reflections at the blog sections of Understand Quran Academy, IIPH and Ibana. Contact: tabassum_mosleh@hotmail.com