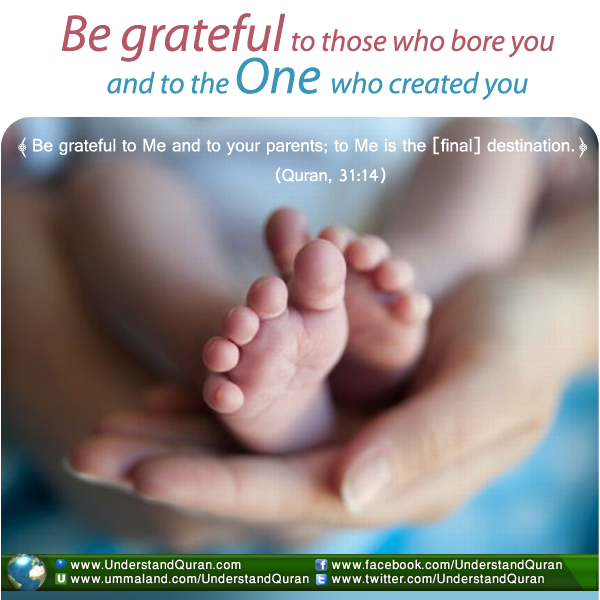 Children’s love for their parents – often it’s not so intense; sometimes it’s selfish and takes effort. And it’s an extremely emphasized order of Allah.

In a few places in the Quran Allah commands us to be good to parents right after He orders us to worship Him alone:

And your Lord has decreed that you not worship except Him, and to parents, good treatment. . . [Quran, 17:23]

On the other hand, there are relatively few instances where Allah or His Prophet urge good treatment of children. In fact, we tend to go to the other extreme when it comes to loving our children:

And know that your properties and your children are but a trial and that Allah has with Him a great reward. [Quran, 8:28]

Loving our children comes naturally to us, whereas loving our parents often takes effort and patience.

Probably that’s why the Prophet (sa) gave us so many incentives for being good to parents.

7 Incentives for being good to parents:

2. It is a prophetic quality.

Allah (swt), when describing the qualities of Yahya (as), lists the following:

And dutiful to his parents, and he was not a disobedient tyrant. (19:14)

Isa (as) also distinguished himself with this quality:

One of the Companions once asked the Prophet, “O Messenger of Allah! I want to go out and fight (in Jihad) and I have come to ask your advice.” He said: “Do you have a mother?” He said: “Yes.” He said: Then stay with her, for Paradise is beneath her feet. [Nasai]

(Honoring) one’s father may lead one to enter through the best of the gates of Paradise; so take care of your parents, (it is so, whether you take care of them) or not.  [Ibn Majah]

The best of’ the deeds or deed is the (observance of) prayer at its proper time and kindness to the parents. [Muslim]

5. It’s a major sin to be undutiful to parents.

The Prophet (sa) listed some of the greatest sins thus:

Associating anyone with Allah, disobedience to parents, killing a person and false utterance. [Muslim]

Let him be humbled, let him be humbled. It was said: Allah’s Messenger, who is he? He said. He who finds his parents in old age, either one or both of them, and does not enter Paradise. [Muslim]

6. Parents’ prayer for their children is answered by Allah.

7. You can never do enough to repay their debts.

A son cannot ever repay his parents what he owes them, unless he finds them in slavery, then buys them and emancipates them. [Muslim]

Learn Quran recitation online with our 1 to 1 live classes with qualified teachers.