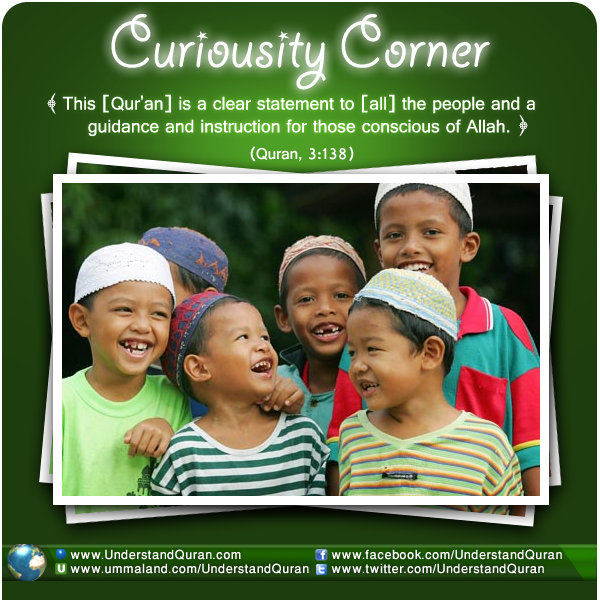 1 By the fig, by the olive, 2 by Mount Sinai, 3 by this safe town, 4 We create man in the finest state 5 then reduce him to the lowest of the low, 6 except those who believe and do good deeds––7 they will have an unfailing reward. After this, what makes you [man] deny the Judgement? 8 Is God not the most decisive of judges? [Quran, 95:1-8]

1. Allah honours His Prophets (peace be upon them) in various different ways.

Allah subhana wa ta’ala honours His Prophets and Messengers in their lives and even after their deaths. The mention of the Prophets in the Quran is itself an honour, as their lives and stories have been immortalized until the end of time. Allah honours Prophets in different ways. Allah honoured Eesa, alayhi salam, by giving him a miraculous birth, giving him power to cure the blind, the leper, and even to bring a dead man back to life among many other miracles. Allah also honoured him to be raised up alive and return at the end of times.

Similarly, Allah honoured Ibrahim alayhi salam by asking him to rebuild the Ka’aba. Ibrahim alayhi salam was also honoured in that Allah saved him from burning and made his progeny a line of various Prophets and Messengers through Bani Israeel and also through the Arab lineage of Ismaeel and our beloved Muhammad sallallahu alayhi wasallam.

Allah honoured Nuh alayhi salam by asking him to make the Ark which saved the believers and destroyed the rejectors.

Allah honoured Musa alayhi salam by speaking directly to Him and allowing him to part the Red Sea. The way Allah honoured our beloved Messenger Muhammad sallallahu alayhi wasallam is beyond the scope of this small article.

However, in Surat At-Tin Allah honours all of these five great Prophets— Nuh, Musa, Eesa, Ibrahim, and Muhammad alayhimussalatu wassalam. Allah takes an oath, not by their names by rather by symbols of their achievements. Allah says “by the fig,” and scholars of Tafseer say that the fig refers to a Masjid of Nuh alayhi salam built upon Mount Judi [1].

Allah taking an oath using these symbols, and in effect with the lives of these great Prophets (collectively in Arabic called the Ulul-Adham) He is making a statement. Allah is taking the lives, message and legacy of the great Prophets and using them to be His witness to a great statement

2. Human beings have been created “in the finest state”

Allah takes four different oaths marking four symbols which refer to the five greatest Prophets to walk on the face of the earth. And putting the lives and the symbols of these Prophets as His oath, Allah makes the statement that human beings are created in the finest of states.

The Prophets, their lives and their characters are a testament to the fact that Allah has created human beings in their finest state, and a sign of the potential of good that Allah has put in human beings. Allah also mentions in Surah Israa, “and we have honoured the children of Adam.” [Quran 17:70] However, while Allah has created us in the “finest state” and also honoured us, He has given us the free will to decide between good and evil, and that is where things go wrong.

While Allah honours man by creating him in the finest state, mankind dishonours himself by being sinful and disobeying the commandments of his Lord. And by disobedience and rebelliousness, man brings on himself humiliation in both this life and the next.

Allah says in Surah Alaq, “If he does not desist, We will surely drag him by the forelock, A lying, sinning forelock” [Quran 96:15-16]. Allah created human beings in the finest of states, and one of the greatest blessings of Allah upon human beings is the front of the brain (forelock in the translation of the ayah). The frontal cortex, as it’s called in medical books, is the executive center of the brain, where decisions are made. And thus that part of the brain will be held, and as Allah mentions in this Surah, then reduce him to the lowest of the low.

However, Allah is Ar-Rahman The Most Merciful, and He is also Arhamar Raahimeen, The Most Merciful of those who show Mercy and He would just not let us feel depressed and staring at doom. Instead He always gives His slaves another chance. He lets us know that there is a way out of falling into the trap and being of the lowest of the low.

The answer is simple— believe in Allah, His Prophets that have been referred to, and do good deeds as Allah wants and as the Prophets have shown. Do your best and Allah promises an unfailing reward. All we need to do is do our best to work on ourselves and do good deeds with faith. Having done so, even if we fail, Allah will look at our efforts and our intentions, our faith and our actions, and judge based on that. And we can be safe in the knowledge that “Is God not the most decisive of judges?”

Ramadan is a month of great barakah. You too can learn to understand the Quran, and benefit from it and understand it. Perhaps then you would not be reading this article, but rather writing one like it or even better! Join one of the UnderstandQuran courses, whether you are just learning to read the Quran, learning 50% of Quranic words or if you are placed better than going forwards to the 70% of Quranic words course!

[2] Reported from the Tabiee, Qatadah rahimahullah