The End of the Old Road, the Start of the New (Mangla to Manchester, Conclusion) 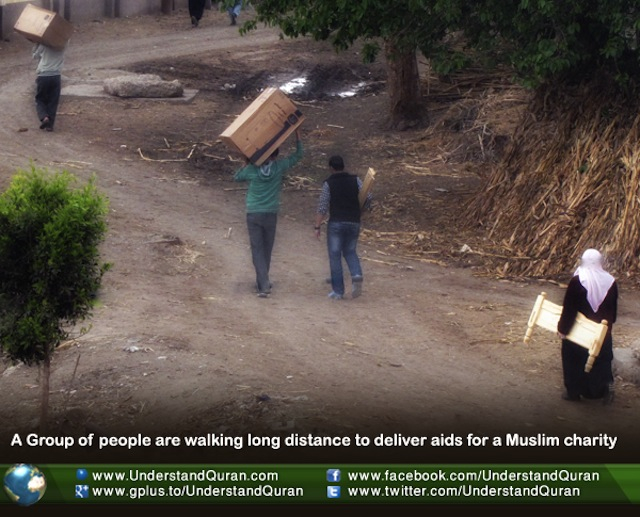 I’ll Do it Tommorow

It was at this time that I began to understand the one definite thing about life: its antonym, death. Up until this time I had never thought that this life would end. Like most people I was concerned with living, eating, studying, cricket, movies, partying etc. I never gave much thought to the fact that one day this life would end and it could happen at anytime.

I was visiting one of my grandfathers in an idyllic village, named Ali-Baig, located beside Mangla Canal, when at night my mother asked me to massage my grandfather’s feet and legs because he was tired. Although he was in his sixties he had to look after grandmother who was suffering from a chronic terminal disease and so couldn’t look after herself.

I fobbed off the idea by saying, “I’ll do it tomorrow”. The next day we had to return to our own home for some reason and my massage would never take place, because the next day we received the shocking news of the passing away of my grandfather.

This made me realise that death doesn’t come according to our plans. I also realised that we should never delay in doing good deeds because we may never get a second chance. We were expecting our grandmother to pass away but it was the grandfather who was collected before her.

A few weeks later the grandmother also passed away.

I was reminded again of the one reality that not even an atheist can deny. In the West and now increasingly in the East death is pushed into the background so most people don’t see it, don’t think about it, and don’t discuss it. Most people who die do so in hospitals and from there are taken in hearses to mortuaries where they are cremated or buried without anyone but the gravedigger or nurse coming face-to-face with the corpse. So the most important reality is conveniently buried under the carpet or the ground!

I started thinking more seriously about my purpose now and realised that the time which I previously thought I had on this earth, i.e at least 60-70 years, was not guaranteed by any means. I realised I had to be urgent and brutal in my search for the meaning of life or truth. I couldn’t take anything for granted and I had to try extra hard.

My search for truth couldn’t continue in Pakistan because it was time to return to the U.K to resume my studies. I returned in the month of August 1988. I still had one month to go before the commencement of the first term. I decided I had to do something useful with my life. Up until this time I had just been self-centred, concerned about my life, my friends, my education, my future, etc. What good have I done in the world (like Gandhi)? I asked myself.

An opportunity to redress the balance presented itself in an ad in one of the local newspapers. A Muslim charity organisation was organising a walk to fundraise for orphans in Africa. It was to be a 250-mile walk from Bradford to London. It was a two-week event comprising of a daily walk of around 25 miles and a stopover in the towns in between for the night. At once I decided to volunteer.

Shaytan did try to dissuade me by giving half a dozen or so justifications as to why it wasn’t necessary to go, but in my zeal I ignored them all, packed my walking boots, and headed for Bradford. Strike while the iron is hot, as they say.

That was to be the longest and most significant walk of my life. If you plan to do something big or different and you know it is for the good, just do it. Don’t think or delay, otherwise the secret whisperer will step in and throw your plans into disarray.

Because it was organised by a Muslim charity, they arranged for us dozen or so young (mostly Asian) youth to stay the nights in the masjids of the towns where our halting points were. Each evening we would be collected by members of the masjid committee and be given a tremendous welcome by the local Muslims. We prayed together, slept together, woke together and ate together, often from the same dish.

I now understood the meaning of submission to Allah. I realised that Islam was not the name of a set of rituals or a series of do’s and don’t’s but was a complete way of life based on total submission. If anybody wants to see the brotherhood or sisterhood of Islam in practice they should attend a long summer camp or spend a few months with one of the well known Muslim organisations (like Tableeghi Jamaat etc.); otherwise they may miss out on one of the sweetest fruits of an Islamic life.

Answering the Questions of  Young and Foolish Minds

Myself and the other participants had a very shallow understanding of Islam and were surprised and at times shocked at the seriousness and zealousness of some the brothers who joined us along the walk. Our innocent and sometimes difficult queries were handled very wisely by the people we came across but especially the Arab brothers. They did not get angry at the questions on our young and foolish minds.

They managed to give logical and satisfactory replies to our concerns and misunderstandings. I remember in particular brother Abdul-Raheem Greene (of Peace TV) who joined us for a part of the journey. When he saw me and the other youth who were Muslims since birth having a very carefree attitude towards Islam and things like prayer, music, etc., he would give us a very stern lecture.

Even though at the time we felt he was being extreme, I for one thought, How strange, here is a person from a completely non-Muslim background with very little exposure to Islam— why does he know more and act more serious about this religion than one who has been in it since birth?

End of The Road

The two weeks whizzed by and I reached the end of the road, not only of the charity walk but also of my old life. We had managed to raise, by the help of Allah and the contributions of Muslims, around £50,000, a huge amount in those days. I felt for the first time that I had done something worthwhile.

Far more important than that, my mind and heart had been transformed. I had seen the beauty, the brotherhood, and the light of Islam. God had answered my questions and had shown me the true path. I decided there and then that I would give up my old life and try my best to live as my creator wanted me to.

I did two crucial things which have helped me tremendously in my quest to live as a Muslim: 1). I made a commitment to myself and to Allah that I would never miss a prayer in my life until death, and 2). I would continually read the Quran until the end.

So the first thing I did after the walk was to purchase a Quran with an English translation and read it from cover to cover. I have been reading it and studying it until now and it never ceases to amaze me. It is my firm belief that if all or a majority of the Muslims in the world read the Quran with meanings a majority of our problems would disappear overnight and peace would prevail in the hearts and minds of millions across the globe.

May Allah accept our efforts for Islam.