What to Say About Something You Dislike 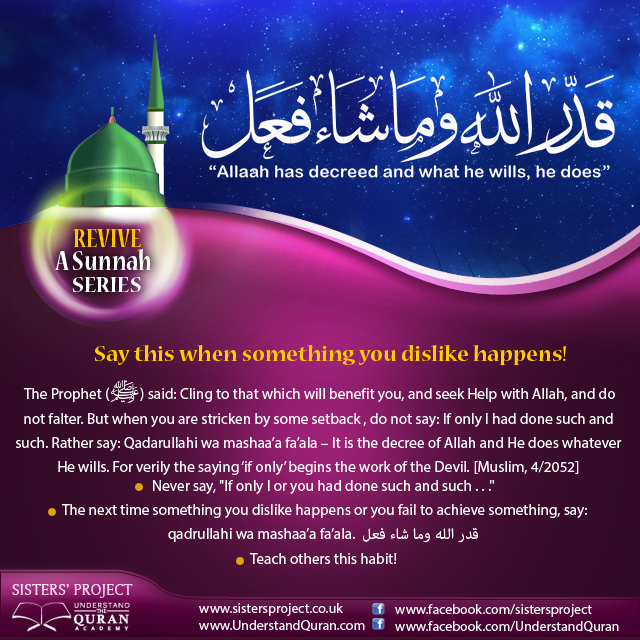 “If only she hadn’t done that.”

“If not for her, you wouldn’t have this job!”

How many times do we say “if only,” not realizing that we are saying something which isn’t appropriate in Islam?

Whenever something you dislike happens or you fail to achieve something you attempted to do, turn things around and revive a sunnah  by saying:

Qadrullahi wa mashaa’a fa’ala– It is the decree of Allah and He does whatever He wills.

-Next time something you dislikes happens or you fail in something avoid saying “if only”.
– Instead put your trust in Allah by acknowledging that it is His decree and show your humbleness by recognizing that He can do whatever He wills.
– Teach others the habit of saying: Qadrullahi wa mashaa’a fa’ala!