Protecting the Environment: A Muslim Duty 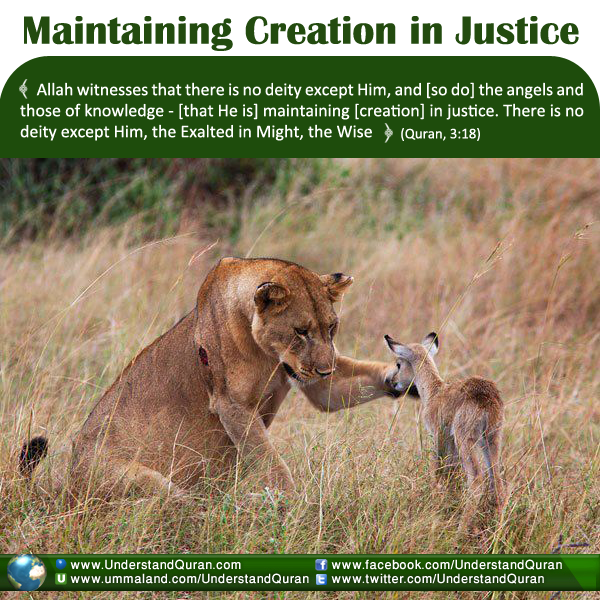 Protecting the Environment: A Muslim Duty


A Disturbing Scene on a Serene Night

It was a quiet night. The air didn’t carry the fragrance of the trees, yet it was fine— clean, natural air.

A man was extending a long pole, bending down towards the river. I followed the pole in his hands to its end and there saw a considerable bulk of garbage in a bag. It explained why the once sparkling water had turned so dirty.

You Get What You Give

How heartless sometimes can we be?  Would he have dumped that garbage in the middle of his house? Would he answer for the pain of one life (or many) that might be infected by the dirt that this bag of garbage carries through the tributary?

Allah (swt) tells us: Corruption has appeared in the land and the sea on account of what the hands of men have wrought, that He may make them taste a part of that which they have done, so that they may return.  [Quran 30:41] May Allah (swt) save us from such calamity!

A Forgotten Duty of Muslims

There seems to be an infinite need for self-evaluation. We need to ask ourselves, What have I been giving back to the environment that has been serving me ever since I began to breathe?

Protecting the environment and having concern for it seems to be a forgotten duty for Muslims these days. Do you know Allah’s Apostle spoke of not wasting the water even while doing ablution? Do not waste water even if performing ablution on the bank of a fast-flowing, large river. [Al’Thirmidhi] Now this one hadith is amply enough to prove the importance of preserving water and, accordingly, preserving the environment. Who would consider water getting wasted while near a river bank? SubahanAllah!

Wisdom of Creation in the Quran

If one heeds Quran and prophet’s sunnah properly, one would definitely be conscious of the environment and always ready to protect it. Allah says, in the glorious Quran, And there is no creature on (or within) the earth or a bird that flies with its wings except that they are nations (communities) like you. [Quran 6:38].

Human beings cannot live without each other or the other communities of life, as Allah (swt) mentions in the above verse. Life on earth is complete only with this interdependency. Islam is the religion of compassion; if we are not compassionate to the living beings around us, how can we boast to be a follower of Prophet Muhammadh  (pbuh), who was the perfect picture of mercy?

Muslim history shows concern over trees, even on the battlefields: Bring no harm to the trees, nor burn them with fire, especially those which are fruitful,  ordered Abu Bakr (may Allah be pleased with him), to his battling troops, one of the Ameerul Mu’mineen.

So why are we so careless? Allah’s apostle (pbuh) said, If the Hour is imminent and anyone of you has a palm shoot (to plant) in his hand and is able to plant it before the Hour strikes, then he should do so and he will be rewarded for that action.

Planting aside, are you at least considerate about protecting the blessings in your natural surroundings?