Never Give Up on the Ummah 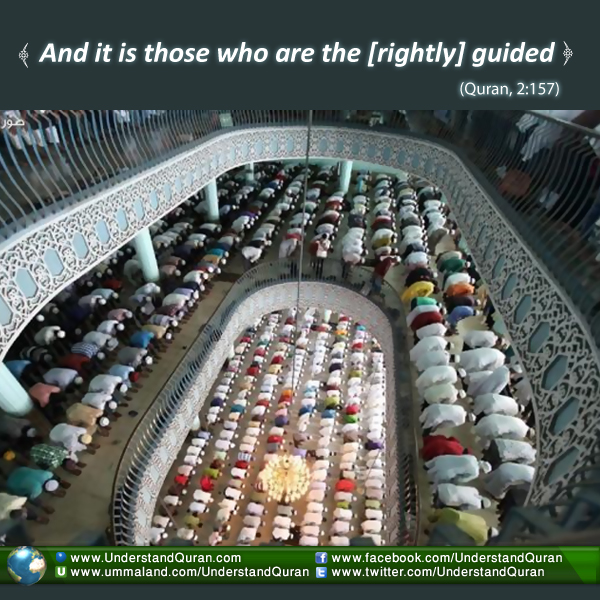 There are times when we look at what the world is like and feel so depressed, sometimes depressed to the point where we might even lose the will to live, especially when we look at Muslims and their plight.

What good can come out of the Muslim ummah (community) if they’re so busy sabotaging and eating away at themselves, overly busy and consumed with the worldly things even though so many other Muslims are dying for lack of food?

Please, do not lose hope. Despite the tragedies, remember that there is still a lot of good that is left in this ummah. Despite all the challenges and difficulties, a lot of good still remains.

The Prophet Muhammad (peace and blessings be upon him) said, ‘My ummah is an ummah that has mercy upon it.’ [Narrated by al-Hakim].

Never give up on an ummah which has the mercy of Allah upon it.

Never give up on an ummah which has the salam of Ibrahim relayed to it.

Never give up on an ummah for whose ease Musa cared deeply.

Never give up on an ummah, the first of whom was Muhammad and among the last of whom will be Eesa (peace be upon him).

The Prophet (peace be upon him) said that in every single prayer he makes the dua, ‘O Allah forgive my ummah for their past and future sins, in public and in secret.’ [Narrrated by Ibn Hibban]

Never give up on an ummah that had the Prophet Muhammad making dua for it in every single prayer.

Never give up on an ummah whose members have been given good news by the Prophet Muhammad himself (peace and blessings be upon him).

One night the Prophet wept, ‘O Allah, my ummah, my ummah.’ He wept and wept all night, until Allah sent Jibreel to tell him, ‘We will please you with regard to your Ummah and We will not cause you any harm.’ [Narrated by Muslim]

Never give up on an ummah that will be pleasing to the Prophet on the Day of Judgement.

Helping the ummah doesn’t always necessitate that we need to be at a war zone delivering aid. It can be you bringing light to the little child begging on the street corner. Make a stand. Make a start. If nothing, just focus on your family. Raise your children to be people who make a major difference to this ummah.

We pray for the oppressed, destitute, hungry, weak and sick everywhere on earth. We ask Allah to make our moments of ease an opportunity to help others who are in difficulty. We ask Allah that He brings honour back to this ummah. We ask Allah for safety and security. Ameen ya Rabb!