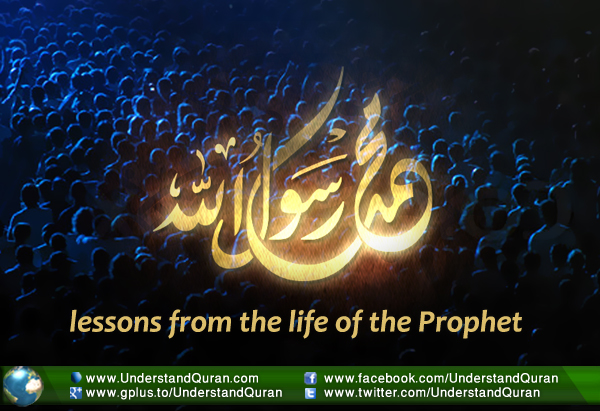 All praise, thanks, respect, and glory be to Allah (swt), the One and Only, as Allah Himself says, Innal Iazzatha lillahi jameeya.  Further, all Salath wa Salam be upon our prophet Muhammad (pbuh) whom Allah Himself praises as the best of all characters (Khulkhun Azeem) and as the best of role models in the entire Universe (Uswathun Hasana).

The newborn baby gets much care, love, and affection from the mother. This child rightly feels completely safe, well protected, and very comfortable in the arms of the mother; this is a very natural instinct for any species.

Gradually, as he or she grows up and tries to learn from the environment, this child is inspired by his or teacher, who generously doles out knowledge.  The child tries to embrace the teacher’s teachings and follow his or her guidance.  This is also a natural phenomenon— it’s considered a healthy social instinct to follow someone, accepting him or her as a role model, be it parents, teachers, or surrounding signs from Allah (swt).

A Rasool for Every Tribe

Allah (swt) didn’t just create human beings and leave them in the world to find the true path of life on their own; from time to time He sent down His revelations. To explain them He sent prophets to show us the right and true path.

Responding appropriately to the needs of the tribes, their limited knowledge, and their learning capacity, Allah (swt) sent for them a true prophet. According to the Sunan, the sayings of our beloved prophet Muhammad (pbuh), Allah (swt) has sent upon earth more than 124,000 prophets or rasools.  However, in the Holy Book Al-Qur’an Allah (swt) has mentioned by name only 25 Prophets and Rasools.

A Rasool for Humanity

After several prophets came and guided their own tribes and groups, the people gained a little knowledge.  Finally a period came when a prophet was required for all of humanity.  The last Prophet was sent to the Arabian peninsula, to the illiterate, primitive peoples of Arabia.

Back then the Arabs worshipped each and every powerful thing that came before them.  They were so brutal and cruel that they killed their own female infants and even buried them alive immediately after they were born.  In such an unlawful community, Allah (swt) sent to them His last Rasool, Prophet Muhammad (pbuh), whom He Himself gave the title of Khatimun Nabiyeen (the last of His prophets).

Allah (swt) has bestowed all superb qualities on our Prophet Muhammed (pbuh)  He is not only Kamil (complete) but Akmal (perfect in all aspects), with a superlative degree of Kamal.  No other man on the face of this earth is born with such a high profile character (Khulqe Azeem).  Muhammed (pbuh) had the most beautiful Uswathun Hasana  (best moral character) this world has ever seen.

We Muslims are most lucky and fortunate to be in the ummat of Muhammad (pbuh), to which many prime Ambiah aspire, whom Allah (swt) sent upon this Universe as His last nabi, the (Khatimun Nabiyeen).  Prophet Muahmmad (pbuh) preached Deen-e-Islam, the true guidance and the perfect “Art of Living’.  Allah (swt) Himself in His Qur’an called Islam the “only way of life” (Indallai Islamu deena).

The Qur’an covered each and every subject required by people to lead their lives from Mahad to Lahad (from cradle to grave).  Allah (swt) described how one should live, behave, learn, earn, save, and spend as long as he or she lives on this earth. His messenger prophet Muhammad (pbuh) was bestowed with the best of knowledge, learning, training, and the best qualities that could be seen in a human role model. Muhammad (pbuh) is the ideal model to the entire human race for all ages.

The Power of the Obedient, the Weakness of the Disobedient

When the Arabian people embraced Islam and followed Muhammad (pbuh), the Sirajam Munirah (a lamp enlightening other lamps) who imparted them with the knowledge of scripture, they became enlightened. In the company of Prophet Muhammed (pbuh), a drastic change came in their lifestyles and they came to rule over a major part of the world.

As long as they were following the Kitab wa Sunnah, they were in the light. When they deviated from it, Allah snatched power from them; they were divided into groups and scattered all over the world with no proper leadership.

“Have I Taught You or Not?”

Prophet Muhammad (pbuh) asked all the people present on Haj with him whether he had taught them the teachings of Islam or not. When all of them had accepted that he had rightly taught them, he pointed his index finger toward them and said be a witness upon this for me.

Then he pointed his index finger toward the sky and asked Allah (swt) to be his witness in the life hereafter.  He said Allahumma Ashhud, O’ Allah be my witness in this cause.  Then he said to his people, I am leaving behind two things for you, 1) the holy Qur’an and  (2) my Sunnah.  You will succeed as long as you follow these two things.

He ordered the people who were present there to convey his teaching to those who were not present.  He said Ballighu Anni walau al Aaya— “spread the knowledge you’ve gained through me even though it’s just one minor sentence.”

May Allah (swt) the most gracious bless us with hidaya (showing the right path) and make us follow Quran and Sunnah  in every walk of our lives and make Muhammad (pbuh) our ideal and role model.  This is the only peaceful solution for all of humanity.