How I Learned to Love Wudu 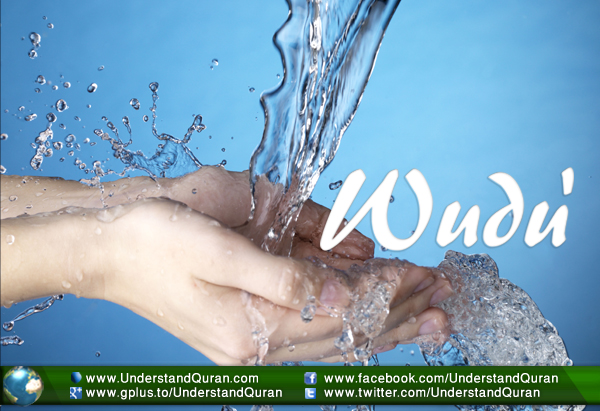 O you who have believed, when you rise to [perform] prayer, wash your faces and your forearms to the elbows and wipe over your heads and wash your feet to the ankles . . . Allah does not intend to make difficulty for you, but He intends to purify you and complete His favor upon you that you may be grateful. [from Quran, 5:6]

Once I went up the roof of the mosque, along with Abu Huraira. He performed ablution and said, “I heard the Prophet saying, ‘On the Day of Resurrection, my followers will be called “Al-Ghurr-ul-Muhajjalun” from the trace of ablution and whoever can increase the area of his radiance should do so (i.e. by performing ablution regularly).’ ” [Narrated by Nu’am Al-Mujmir]

How did I revert? The short answer: after months of resistance I was suddenly blindsided by the realisation that I’d always been a Muslim and could only reap the benefits of my faith by actually practicing it.

Unfortunately I had little idea of what Muslim practice entailed. All I knew was that I’d have to say the Tashahudd and pray five times a day.

Had I Lost My Mind?

I suspected I’d gone mad. I was passing through a time of terrible emotional upheaval and thought that my conversion might be a symptom of mental instability. Why else would a devout Christian— one who taught a Bible class at church and who came from a family of church pastors— suddenly switch religions?

When I learned I’d have to pray seventeen memorised Arabic rakahs a day at specified times, I said to myself, If I can make it through all this and still remain Muslim, I’ll know I haven’t gone crazy. I started learning Arabic and memorizing salat. To my surprise, I immediately began experiencing tremendous benefit from salat.

But the thing that still stuck in my craw was wudu.

I’d been brought up on the Protestant doctrine that most rituals  were of no real value in themselves. I was also wary of magical thinking— the conviction that all you have to do is go through a set of motions and the universe will miraculously bow to your will.

So why all this washing? As part of my intention of obedience I did it anyway, chalking it up as one more existential experiment.

What an Indian Ceremony Taught Me About Wudu

I grew up near a Mi’kmaq Indian reservation in Canada and before I reverted I often attended their feasts. At these gatherings the sweetgrass ceremony was always a given.

The Mi’kmaq Indians are traditionally monotheistic— though they believe that animals and plants contain spirits, their worship is centered on the Creator. In the sweetgrass ceremony they sanctify and pledge themselves to Him anew.

We would stand facing each other in a circle. Sage, tobacco, cedar needles, and sweetgrass would be slowly burning in a small bowl, usually a seashell. An elder would light the end of a braided rope of sweetgrass and stand before each of us. Starting at our feet, she would bathe our bodies in the fragrant smoke.

We’d lift our feet so the smoke could flow beneath them, and then as the elder brought the smoking bowl higher we’d use our hands to sweep the smoke toward ourselves, taking special care to waft some against our hearts and over our heads.

The smoke was a symbolic cleansing, and by accepting it we were signaling our intention to live in obedience to the One who’d made us.

It was a lot like wudu. I remembered it while trying to come to terms with the ablutions required of my newly discovered faith.

The Universality of Islam

It amazes me that among the wisdom teachings of every culture in the world, even among those groups with no prior contact with Islam, one can see evidence of the ways of Allah (swt)— His compassion, His wisdom, His loving presence, and his instructions to humanity.

Alhamdulillah, aboriginal North Americans— both Indians and Inuit— are now starting to revert to Islam, recognizing in it elements that have long existed within their own traditional teachings, elements which could only have been revealed to them by Allah (swt) Himself.

By washing before prayer I’m signaling my intention to once again commit my entire being to Allah (swt), asking Him to deliver me from my own sin and from being harmed by the sin of another.

If you could put the physical act of wudu into words, it might sound something like this:

Bismillah al rahman al rahim. (In the name of Allah, the beneficent the merciful.)

Sanctify these hands and all that they do. Let the works of these hands enrich the Ummah and bring glory to your Name.

Let nothing impure or useless enter in or depart from these lips.

Purify the air that enters and leaves my nostrils. Let no disease or pollution enter to infect me or leave me to infect another.

Make me modest, lowering my eyes. Cleanse my vision so I can see truth. Teach me to look away from the things I have no business seeing.

Allow me to use my strength only in Your service and keep me from selling my strength in the service of evil.

Purify my thoughts. Make me alert and focused so I can learn Quran better. Give me wisdom and insight. Make me always conscious of you.

Let nothing impure or foolish enter these ears.

Keep these feet from the paths of sin and let me walk the straight path.

Needless to say, for me wudu is now a blessed time, filled with sweetness and gratitude, the perfect preparation for meaningful discourse with my Lord.

Warda Krimi is a Canadian writer who first came to Islam at the end of Ramadan, 2010.