Love: The Foundation of Muslim Society in Madinah under the Prophet [Understand Quran in Tamil] 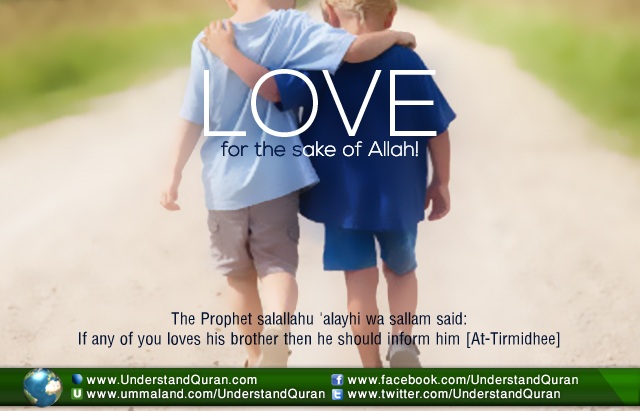 One of the salient points you notice in reading about the Prophet’s (sa) life is the way he strengthened the Madinan society by building bonds between people from the very start. He encouraged the rich to give to the poor without feeling superior, and he discouraged racism and snobbishness of every kind.

Dr. Akram al-Umari says in his book, Madinan Society at the Time of the Prophet:

The Muslims are as equal as the teeth of a comb. Nobody is better than anyone else except in the consciousness of God. The Islamic society is open to all and the opportunities for development and earning a living are equal for all its members.

When the Prophet (sa) was sending two of his Companions to the Yemeni people, he gave them the following guidelines:

Treat the people with ease and don’t be hard on them; give them glad tidings and don’t fill them with aversion; and love each other, and don’t differ. [Sahih al-Bukhari]

In a Hadith Qudsi, the Prophet (sa) said that Allah (swt) said:

Those who love each other for the sake of My Majesty shall be upon podiums of light, and they will be admired by the Prophets and the martyrs. [Tirmidhi]

The first things that comes in one’s mind after reading about the goodness of the Companions, and the solid bond between them, are probably:

Let’s admit the first thought as absolutely true but question the second: Why can’t it happen in our society? Granted, the Prophet (sa) isn’t with us in person, but his teachings have reached us, and the foundation of his mission – the Quran – has reached us intact, along with its explanations.

“Yes, but, most people don’t follow the Prophet’s (sa) teachings, so how is it going to happen?”

It will happen if Allah wills.

Indeed, Allah will not change the condition of a people until they change what is in themselves. [Quran, 13:11]

So why don’t you and I make a start? Let us learn about the things that held the Madinan society together, the ayat of the Quran that joined the hearts, the teachings of the Prophet (sa) that cemented their stronghold, the epicenter of Islam, from where it spread to all parts of the world. If none of the people around us want to move forward, why don’t we take the first steps and break the ice, showing them how beautiful this religion is? There are many, many ways one could do this: One example might be to cook a delicious meal for your neighbor and give it to them in person, with a smile, because the Prophet (sa) said:

The neighbor that is the best to Allah is the one that is best to his neighbor. [Tirmidhi]

Call the friend with whom you had a heated row, and if you’re too shy to call, send them a special gift by post, because the Prophet (sa) said:

Neither nurse mutual hatred, nor jealousy, nor enmity, and become as fellow brothers and servants of Allah. It is not lawful for a Muslim that he should keep his relations estranged with his brother beyond three days. [Muslim]

And he also said:

Give gifts and you will love one another. [Al-Adab al-Mufrad]

And, perhaps most important, attend prayers in congregation and encourage others to attend with you, because the Prophet (sa) said:

If there are three men in a village or in the desert among whom prayer is not offered (in congregation), the devil has got the mastery over them. So observe (prayer) in congregation), for the wolf eats only the straggling animal. [Abu Dawud]

Akram Diya al-Umari, Madinan Society at the Time of the Prophet (sa).

Tabassum Mosleh is a freelance writer and a student of al-Salam Institute. She likes animals and natural beauty, reading novels and researching interesting topics. She shares her reflections at the blog sections of Understand Quran Academy, IIPH and Ibana. Contact: [email protected]