Culture According to Islam (the Quran and Sunnah) 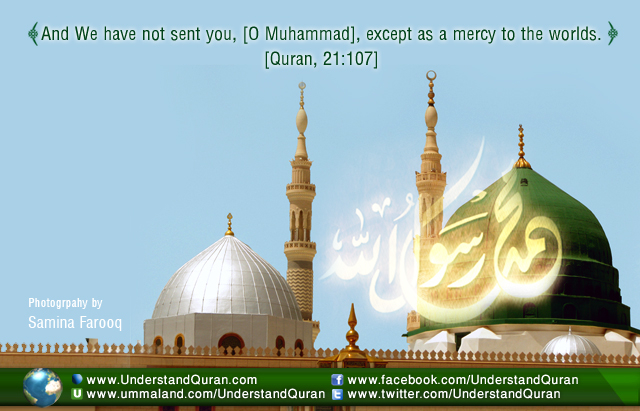 According to the Merriam Webster Dictionary, culture consists of the beliefs, customs, arts, etc., of a particular society, group, place, or time. According to Dr. Jimmy Jones, it is learned behavior that is passed down from generation to generation in a society. Therefore it excludes those matters that are genetically or biologically inherited—things that are completely out of human control.

Culture is the identity, the signature of a particular society. According to that definition then, Islam also has a culture in and of itself which is absorbed and beautified by Muslims all around the world.

What Islam Accepts About Culture

Islam is a universal religion, as Allah subhanahu wa Ta’ala said in the Quran (translation of its meaning):

Also, O mankind, eat from whatever is on earth [that is] lawful and good and do not follow the footsteps of Satan. Indeed, he is to you a clear enemy. [2:168]

In the above verses, Allah does not address the Muslims or the Arabs. He addresses all of mankind with all its different cultures. Therefore it is to be expected that Islam can be easily embraced and integrated into all the different cultures that exist in this world. That is what has in fact happened. Islam accepts all cultures around the world as long as they do not contradict its core principles. Thus in one corner of the world Malay Muslims can be seen wearing dresses and eating dishes that are very different from those of Muslims living in England.

This goes with the basic principle in Islam that everything is halal unless clearly stated otherwise in the textual proofs.

A custom which was accepted and validated by Allah in the Quran is the following:

Lo! (the mountains) As-Safa and Al-Marwah are among the indications of Allah. It is therefore no sin for him who is on pilgrimage to the House (of Allah) or visiteth it, to go around them (as the pagan custom is). And he who doeth good of his own accord, (for him) lo! Allah is Responsive, Aware. [2:158]

What Islam Teaches About Culture

One of the important concepts in Usul al Fiqh is urf, which entails “the collective practice of a large number of people” that have benefit. [Kamali, 249] It is taken into consideration as an authority in deciding fiqh rulings. It is used extensively by the scholars for interpreting the Quran. For example, in the following verse the maintenance which a husband must provide for his wife is mentioned:

Let a man of wealth spend from his wealth, and he whose provision is restricted- let him spend from what Allah has given him. Allah does not charge a soul except [according to] what He has given it. Allah will bring about, after hardship, ease. [65:7]

In this verse Allah did not specify the exact amount of maintenance. In this case the amount is determined by the custom of the particular area and the culture of the spouses.

What Islam Abandons Regarding Culture

Islam does not support any cultural customs or ideas that contradict its own ideals and methodology. As one example, in Indian culture there is the practice of expensive weddings with free-mixing between relatives and friends, with dancing and music. This is totally contradictory to Islamic teachings.

First of all, Islam discourages extravagance of all kinds and falling into debt, but for organizing this kind of wedding ceremony, the bridegroom and the bride’s father usually falls under a lot of debt and there is so much money wasted that could be fruitfully used by the new couple to support the costs and maintenance of their new home and new life together. Also forbidden in Islam is free-mixing between non-mahram males and females, as well as singing and dancing together.

Accepting cultural ideals which contradict Islam is just like the attitude of the disbelievers mentioned in the Quran who rejected Islam based on the fact that they preferred what their forefathers did before them.

And when it is said to them, “Follow what Allah has revealed,” they say, “Rather, we will follow that which we found our fathers doing.” Even though their fathers understood nothing, nor were they guided? [2:170]

A custom of the pagans which was clearly forbidden by Allah in the Quran is the following:

And do not marry those [women] whom your fathers married, except what has already occurred. Indeed, it was an immorality and hateful [to Allah ] and was evil as a way. [4:22]

Allah’s mercy is that custom is learned behavior, as discussed above. Therefore it is possible for it to be unlearned. Allah does not punish us for things which are beyond our control, for example our genetic make-up. But He does take into account the things which are changeable. Therefore it is upon us to look at our individual cultures and customs critically, take whatever is good from it and leave those things which contradict with our primary culture– Islam.