Repeat the Salaam After Each Separation 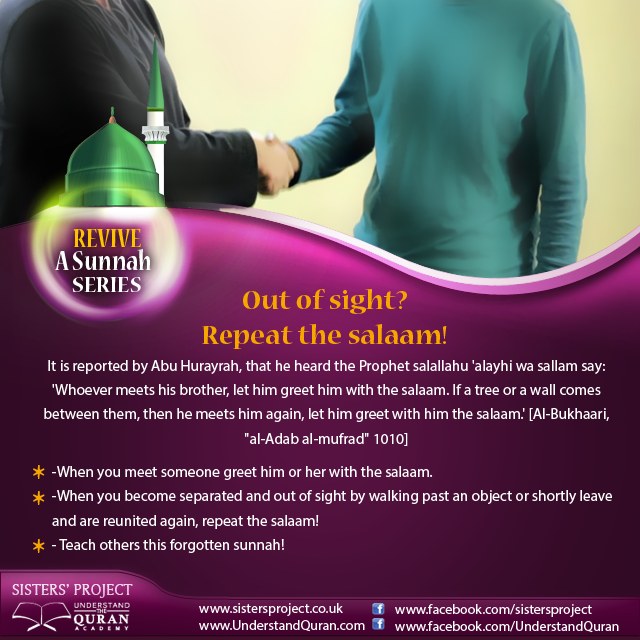 How many times do you find yourself briefly separated while out walking with friends? You’re walking along and suddenly you pass a column or go around a car while the others walk around the other way, leaving you out of each other’s sight for a few seconds. Did you know that there’s a sunnah to be applied in this situation?

The Prophet salallahu ‘alayhi wa sallam said: ‘Whoever meets his brother, let him greet him with the salaam. If a tree or a wall comes between them, then he meets him again, let him greet with him the salaam.’ [Al-Bukhaari, “al-Adab al-mufrad” 1010]

This means that when you meet someone, you should greet him or her with the salaam. Then, if you become separated briefly, or an object, such as a tree, car, or column comes between the two of you, you should repeat the salaam once you’re reunited.

The same goes for leaving a gathering and returning shortly afterwards.

One day the Prophet salallahu ‘alayhi wa sallam instructed a man to pray again as he hadn’t prayed properly, so the man left the group to pray close by, then returned and gave salaam again.