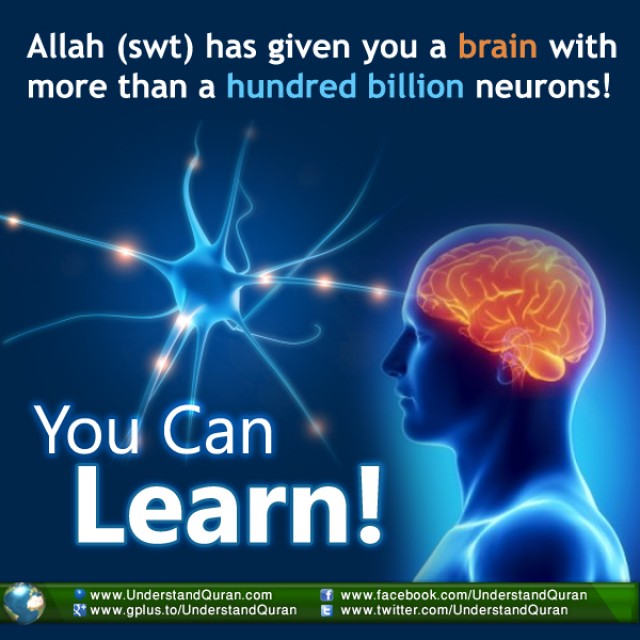 Masha Allah, He has given you such a powerful brain that it’s easy to learn many things, even the Quran.

Each brain has at least a hundred billion neurons. For each of these brain cells we have up to 20,000 dendrites, or connecting branches— in total more than one hundred trillion connections. These cells make and break connections with each other at the rate of 500 times per second.

According to current research we only use about five percent of our brains. We need never fear that our brains can’t handle too much learning, because in fact our brains have far more capacity than we can ever use.

Don’t Blame it on Your Age

Growing old is not an excuse either. Up to the age of 60 only three percent of the brain cells die. So if you start forgetting things easily at this age it’s only because you haven’t been using your brain cells enough.

Use it or lose it! Exercise is just as important for he brain as it is for the body. If you don’t use those brain cells they’ll start to shrink.

(A motivational learning tip from our course “Understand Quran 50% of Words”—Lesson 1—  http://ow.ly/fbbKp)