Tips to Help You Memorize the Quran, Part I 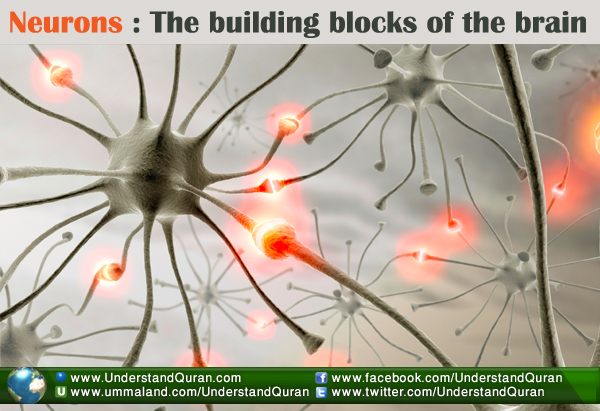 How Your Brain Works

Neurons are the building blocks of the brain, and all thinking (including memory and consciousness) is based on these little cells. Neurons connect to each other across synapses to form neural networks through which information is passed from neuron to neuron.

Synapses appear to adapt to how much they’re used: the strength of the signal they give can be strengthened simply by sending it out as often as possible. The more a particular synapse is used, the stronger the signal it sends.

What Are Memories and How are They Formed?

Memories are created, stored, and reinforced by the stimulation of neurons by impulses. The first stimulation— reading an aya for example— leaves a memory trace or pattern in affected neurons. Repeating and recalling a memory further reinforces the memory trace, making it stronger and easier to access.

The more you recall this memory trace, the stronger it gets and the more permanently it will be stored. Our brain stores sensory information for just a fraction of a second, then some data moves into short-term memory while other data goes into working memory.

Finally, some of that information goes into long-term storage in various parts of the cortex, much of it returning to the sensory cortex areas where we originally received it.  A major factor determining which bits of  information make it this far is their association with previously existing bits of information.

How Does All This Help Me Memorize the Quran?

There are four steps in applying all this to memorization of Quranic content:

Organize the content in a way that facilitates memorization.  How? Starting from the last juz (one of thirty parts into which the Quran is sometimes divided), which contains the shorter surahs, will enhance one’s sense of achievement, since the length of these surahs renders them more easily committed to memory.

Your initial target content should be juz 28, 29, and perhaps Juz 30.   You can divide the remaining portion of the Quran into three sections, with each section containing a larger portion.

For example, you could divide the remaining portion as follows: approximately 20%, 35% and 45%, with each portion larger than the previous, thereby presenting an increasing challenge.

This will entail a number of attempts, taking manageable parts of each section at a time.  The individual should recite each portion and eventually the total Juz to someone who is capable of monitoring the accuracy or one’s recitation.

The purpose of this is to encode the information into the short term memory and then into the working memory.  Once this is accomplished for the selected part, the individual is prepared to go on to the next phases.  Once the final phase is complete, the individual returns to the next part of the section and completes the process again.

In this phase, the object is to practice recalling, not merely repeating.  The objective is to permit one’s brain to engage in consistent recalling of the information so that the neural pathways will be strengthened and reinforced to facilitate remembering the information.

A fundamental strategy in memorization is association.  Alhamdulillah, Allah (swt) has incorporated association into the process of memorizing the Quran, as well as the repetition of ideas because of the thematic unity of the Quran.

The Quran contains in excess of six thousand ayaat, of which approximately two thousand bear a resemblance to one another, varying from total correlation to minor differences (one letter, one word, two words, etc.)

Once you’ve committed one juz to memory, this juz is then added to the one or more previous juz that you have memorized, and the process of the previous phase is repeated until the entire Quran is committed to memory.

Last But Not Least

Even though I’m saying this at the end, there’s one essential step that should come before all the others.  You must not enter into the memorization process to boost your reputation, to show off, or solely for the present life.

You must enter into the process of Quranic memorization with a pure intention to learn and memorize recitation solely for the sake of Allah (swt).

(To be continued, in shaa Allah)