No Excuse for Non-Arabs 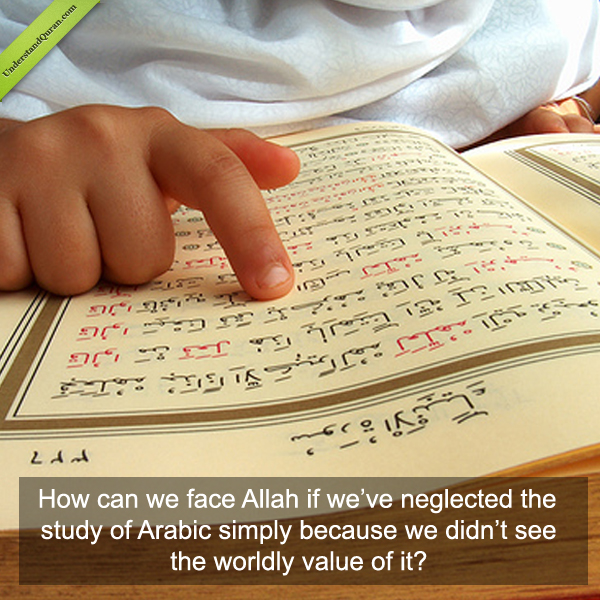 Indeed We have sent it down as an Arabic Qur’an that you might understand. [Quran, 12:2]

There’s no excuse for non-Arabs, especially for those who’ve learned other languages!

Many of us work hard to master English because it can bring us money, status, and other worldly benefits, and we neglect Arabic because no such benefits are attached to it. How can we face Allah (swt) after we’ve neglected the study of Arabic simply because we didn’t see the worldly value of it?

As non-Arabs we’ll receive a reward insha Allah for learning the meaning of every Arabic word; Arabs don’t have this opportunity.

We also have the opportunity to be rewarded for gathering friends and family and teaching them basic Quranic Arabic.