HOW TO REALLY LEARN A WORD 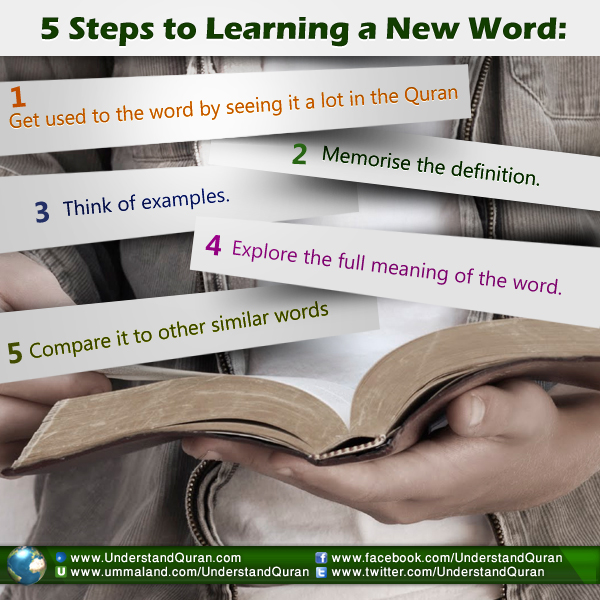 Let’s say you want to learn the meaning of the word imaan. You probably saw this word a lot before you learned its meaning, so the first step is already done!

Next you need to memorise the definition of the word. But that’s not enough in itself; try coming up with examples, such as from the lives of the prophets or from Muslims you know or even from yourself. Now try explaining the role and importance  of imaan within Islam, within the ummah, and within your deen. Then, finally, compare this word with other words that are related to it in sound and meaning, such as aman (trust or surety).

5 Steps to Learning a New Word:

1. Familiarisation: Get used to the word.

4. Explanation: Explore the full meaning of the word.

5. Comparison: Compare it to other similar words.