Don’t Be an Octopus 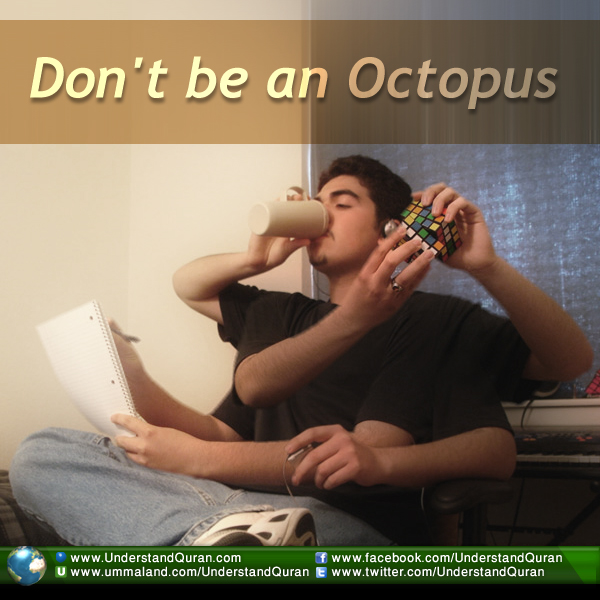 Want to Learn Better? Don’t Be an Octopus.

Multitasking isn’t all it’s cracked up to be. Researchers have discovered that those who switch back and forth between different tasks aren’t learning as well as those who focus on one thing for a fixed period of time. They also make more mistakes and take a lot longer to complete the same number of tasks!

Yes, scientific studies have shown that, generally speaking, females are much better at multitasking than are males. We need this ability in the domestic sphere, when we are pulled in several directions at the same time. Our ability to do or think about several things at a time can also prove very handy in careers outside the home.

So because of this ability we can probably also multitask on studying, but don’t think that you can gain any knowledge by talking on the telephone while studying! Try to multitask in a way that benefits long-term learning, for example listening to a Quran recitation while reading it in Arabic, checking the translation, and making notes.