Corona Virus – Some Facts and Reminders! 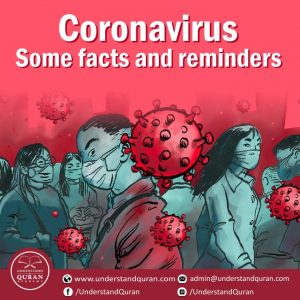 Since the detection of a new strain of coronavirus called 2019-nCoV virus, the Chinese government has taken strict quarantine measures and built a new hospital at breath neck speed which can accommodate 1000 beds to treat the suspected patients. But the horse might have already been bolted. People have left the central province of Wuhan, China, the place where the virus was first reported, and the virus has currently been diagnosed in more than 17 countries and news of fatalities outside China have started to trickle in.

At the time of writing, according to the official figures from Chinese government, 690 people have died, and 31,161 people have been infected with the virus in mainland China. The Wall Street Journal has reported that the coronavirus numbers coming out of China are “fishy”. In what could be a startling revelation, Chinese multinational conglomerate holding company Tencent allegedly published “real” data on the novel coronavirus deaths, briefly listing the death toll as 24,589—way too higher than the 690 deaths China officially announced earlier. Caijing, an independent magazine based in Beijing, also claimed that the Communist Party of China (CCP) is under-reporting the extent of the outbreak.

Did you know that a Great Plague also known as Black Death caused death of an estimated more than 100 million people in Europe and Asia in the fourteenth century? It reduced the then world’s population by almost 30% and it took almost 200 years for the world population to reach to its previous level. This gigantic calamity certainly dwarfs the one created by newly found strain of coronavirus called 2019-nCoV, in its present stage and form. It may not be apt to compare these two calamities primarily for two reasons. One is the technological advancement in medical sciences, and another is the progress made by mankind in managing this kind of epidemic diseases. But in the current era of globalization where people and goods can move from one corner of the map to another in less than a day, situations can quickly spiral out of control.

Let us not fall for rumours that someone is affected by the virus only if he is eating mice, rats, snakes or bats. This is nothing but a concoction of social media and WhatsApp university. The virus is zoonotic and it has already made the jump from bats to humans. The 2019-nCoV is moving from person to person the same way the normal flu virus does. So eating habits of persons have no bearing on whether they contract the virus or not.

Also, do not fall for rumors of self-protection theories about eating garlic and drinking lots of water will protect against the virus. Also, for rumors that vaccines against pneumonia, such as pneumococcal vaccine and Hemophilus influenza type B (Hib) vaccine, will provide protection against the new coronavirus. As of today, there is no cure or vaccine for this new strain of virus. Though governments and pharmaceutical companies are trying hard to come up with one as soon as possible.

Almost 3,700 people are on board the luxury cruise ship “Diamond Princess”, which is quarantined in Yokohama for at least two weeks after some people tested positive for the virus. A separate cruise ship – the World Dream – has also been quarantined in Hong Kong after eight former passengers caught the virus.

If people who have been quarantined in a “luxury cruise ship” are anxious and disturbed, just imagine what would be the condition of more than one million Uighurs that are said to be detained without trial or charge in detention centers in Xinjiang, northwest China. There, they face intense psychological pressure to renounce their culture, religion and identity. Human rights activists and families of prisoners have expressed apprehensions that poor hygiene and overcrowded conditions in the detention centers in Xinjiang could easily lead to an epidemic. But they also are terrified the government may use the coronavirus as a cover-up. Muslims whose relatives are imprisoned in Chinese detention centers say they live in fear the government will blame the deaths of their loved ones on the coronavirus.

Today, roughly 11 million Uighurs are facing what Human Rights Watch has called “rampant violations” of the “fundamental rights to freedom of expression, religion and privacy, and protections from torture and unfair trials.” With all the might of state machinery and help of companies earning a fortune selling surveillance technology to the state, China might have turned the city of Kashgar into a prison.

Nothing happens without the permission of Allah and he is aware of all things. Allah says in the Qur’an:

“We destroyed men stronger in power than these and the example of ancients has passed away” (Az Zukhruf 43:8)

Let us not forget that virus is also a creation of Allah. He may use it against anyone as per his will. It can be a trial for the patient believers or a punishment for the transgressors. He can easily turn an entire city of more than a crore people into a prison using something which is more than million times smaller in size than a human being. So, let us fear the Creator more and hope that some good sense prevails on the transgressors before it is too late. If not for the Mercy of Allah, things can quickly, easily and horribly go wrong for mankind. But Allah’s mercy prevails over his wrath.

Abu Huraira (may Allah be pleased with him) reported:

The Messenger of Allah, peace and blessings be upon him, said, “When Allah completed the creation, he wrote in his book with him upon the throne: Verily, my mercy prevails over my wrath.”

Let us not be xenophobic. Grouping an entire race together for collective punishment, celebrating their adversity and mocking at their food choices is not what Islam teaches. This is not “Us Vs Them” or a victory of one group over another but a human tragedy which does not discriminate on the basis of race, gender or religion. Let us show some compassion which represents the true spirit of Islam and far more vital to Islamic teachings than anything else. Let us pray for fast recovery of the people infected and the swift control of the virus.

Part -2 carries some powerful Duas and practical safety tips against Coronavirus which our Prophet (ﷺ) taught us. Until we meet again, you can do your bit to make this little blog Viral.