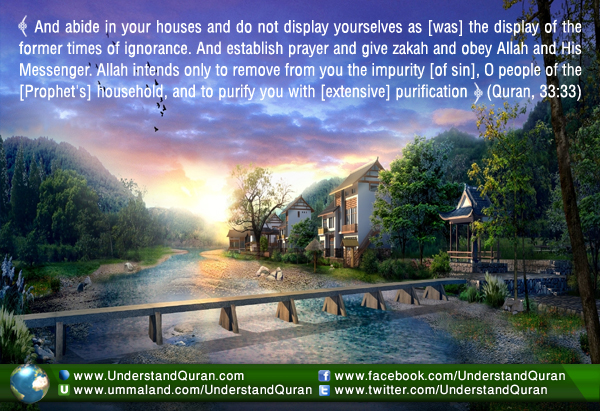 Despite the root ilm (to know) appearing in the Quran over 750 times in 13 variations, many of us, including me, have spent our lives not even knowing its real definition.

We think knowledge is ilm. We even think information can be ilm. I thought my fancy radd-ul-abdiyah-based liberals arts education was ilm.  But the very essence of our secular education has been to defy and refute (radd) the very existence of a higher being, placing the human “self” above all else– persistently and methodically though not always overtly.

No matter which “ism” we identify with— socialism, capitalism, feminism, etc.— its values rule supreme over all else, including God and His all-embracing guidance.  We choose to live, study, earn, govern, and protest according to a set of values crafted by a human mind. We forget that living by the divine Shariah (Islamic guidelines and laws) in pure submission and worship of Allah, abdiyyah, is the very purpose of our creation.

Let me illustrate: Anything akin to humility is unheard of in secular education. Even in the privileged institutions I attended, we couldn’t imagine doing anything in school or at work without ensuring maximum credit, visibility, and compensation for it. Life was about building our resumés and portfolios. Our spiritual, emotional, and other such intangible well-beings were at best fairly irrelevant.

We felt invincible, defying our immortality. The “just do it,” carpe diem attitude made us discount consequences— not just in our own lives and the hereafter but across generations and borders. Hiroshima? War on Terror? Genetically mutated  food? Killer whales dying in captivity bouncing balls for Sea World’s profit and our bottomless need for entertainment?

. . . Say, “Indeed, the guidance of Allah is the [only] guidance.” If you were to follow their desires after what has come to you of knowledge, you would have against Allah no protector or helper.     [Quran, 2:120]

It was only two years ago, at a madrasa orientation, that I learned we were referring to funn (worldly skills, knowledge), as ilm all along.

Funn literally means “branch” and appears in the Quran once: Surah Rahman: 48. From my personal understanding, that’s what worldly studies are: akin to a (tiny) subset of real knowledge. So my life thus-far had been in the name of worldly funn.

Ilm, however, brings us closer to Allah, towards understanding and practicing His beautiful deen. Ilm helps us prioritize our thoughts and actions in sync with a built-in akhirah-meter.

The least each of us can do is to ensure that we acquire enough Islamic knowledge to live our lives within the Shariah’s parameters. Since not all of us can become Ulema, we must consult with the Ulema ul Haq— the just scholars— just as we would consult with the best physicians for our physical health or engineers for our homes.

Life is of course not meant to be devoid of funn (bi-lingual pun unintended). For all funoon are just that: branches of learning that also testify to the Khaaliq’s infinite beauty in all creation.

Funn will automatically fall into place once ilm is in place, making the paradoxical reality of our lives all the more painful.

Who remember Allah while standing or sitting or [lying] on their sides and give thought to the creation of the heavens and the earth, [saying], “Our Lord, You did not create this aimlessly… [Quran, 3:191]

Blast from the Past: How it’s Done

Indeed many an Aalim (religious scholar) was also highly accomplished in worldly excellence. They range from philosophers and anthropologists credited with the discipline’s foundation: Ibn e Batuta, Ibn Khaldun; to innovating mathematicians: al-Khwarizmi, founder of algebra.

Many of the Sahaba (ra) were scrupulous, successful businessmen, as was the Tabii’ Imam Abu Hanifa (d. 150 AH), compiler-architect of the first school of jurisprudence, named after him. Theirs was worldly work intended to feed the eternal life, not an indulgent lifestyle.

There are countless more. The pre-colonial Madrasa system incorporated science basics as well as Arabic, Qur’an, Hadith, jurisprudence, astronomy, philosophy, tibb (medicine) and much more. Uncommon today though, graduates went on to apprenticeships or learning crafts, enabling them to lead successful earthly and eternal lives. All in an environment which valued adab (manners, morals and practice) over book learning– and certainly over the exam-centric pattern of today’s institutions.

And this is how I am taught to this day. The interdisciplinary richness I experienced from the first year in madrasa makes my elite liberal arts college’s specialized interdisciplinary classes seem disjointed, devoid of depth.

This system of learning is about an education that makes (wo)men of substance. Students focus on ilmun nafiun wa amalus saaleh (beneficial knowledge and good practice). We must walk our talk and thereby hope to be active givers to society and our own akhirah.

It emphasizes tarbiyyah (holistic personality and character development) with most professors living lives simply and genuinely personifying traits from the Sunnah, such as deep patience. Our spiritual needs are nurtured, fulfilled. Secular universities, in contrast, deal with consistent suicide rates from students whose lives are oft-devoid of meaningful contentment.

Some of my classmates and I have acquired extensive worldly education prior to treading this blessed path too. Having learned them the wrong way ’round though has come with significant baggage that we’ve had to unlearn.

The author is currently studying Islam in-depth at Pakistan’s leading Islamic university for women. She has also been a business journalist and writer with over 150 published pieces, including book chapters and strategic reports as part of her former consultancy.