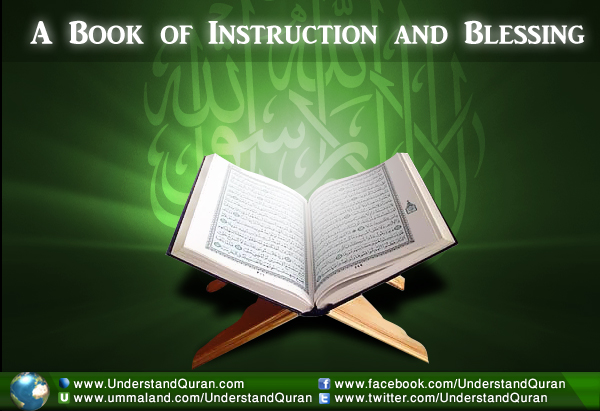 The Word “Arabic” in the Quran

The word “Arabic” has been mentioned 23 times in the Holy Quran. Not only was it the language of the prophet and his community, classical Arabic was a language of great eloquence and simplicity, making it easy for the faithful to understand and ponder.

Words of Wisdom and Guidance

The Quran is the revelation of Allah, and no other words of wisdom can be like them.  To read the Quran is to communicate with Him, it is an encounter with the ‘Rabb’ of the worlds.  The Quran was revealed over 1400 years ago in Arabic.  As Allah (swt) said, the Quran is: in a plain Arabic language [As-Shura, verse 195]. It’s just as much a relevant force now as it was then.

It’s the most read “book” in the world; since its revelation, the religion and the message of Islam have spread all around the globe, crossing national as well as linguistic boundaries.

Even though Allah (swt)says categorically in Surah Yusuf, verse 2, We have sent it down as an Arabic Qur’an, in order that you may learn wisdom, presently many of us don’t understand, explore, and absorb the “living” language of the Quran’s messages with their idioms, metaphors, and allegories.

Unaware of Our Own Mission Statement

In Surah Al-Hijr verse, 87, Allah (swt) says, we have given you the Seven Verses that are worthy of recitation over and over again and the Glorious Qur’an.  We read these seven verses in every rakat during our daily prayers, yet not many of us understand their meaning or realise that this is actually our mission statement!

Over the years many a “mufassareen” has tried to interpret the Quranic verses; they’ve done an excellent job, but the translation stays as translation.  It can never convey the power of the original language.  In addition, it’s beyond human capacity to comprehend and to reiterate it in any other language.

Allah (swt) has challenged humanity to produce even a single verse.  In Surah At-Tur, verse 34, He says, Let them produce a scripture like this, if what they say is true.

The majesty of the Quran is so overpowering that no human being can fully comprehend it.  As Allah (swt) says, if we had sent down this Qur’an on a mountain, you would have seen it humble itself and split asunder from the fear of Allah. We are citing this example for mankind, so that they may think about it. [Al-Hashr: 21].   When we don’t understand the language we don’t understand the true grandeur and majesty of this revelation.

Fulfilment of the Promise of Allah (swt)

The Quran is the fulfillment His promise to Adam (as): Hence forth there shall come to you guidance from Me, those who accept and follow that guidance shall have nothing to fear or to grieve. But those who reject and defy Our revelations will be inmates of Hellfire, wherein they shall live forever. [Al-Baqarah, verse 38-39].

A Book of Instruction and Blessing

[This is] a Book [the Qur’ân] which We have sent down to you, full of blessings, that they may ponder over its Verses, and that men of understanding may remember. [Surah Saad, verse, 29]

A Healing for Mankind, A Wealth Beyond Worldly Riches

The Quran is not only a blessing but also a cure for whatever diseases we may have.   Indeed, no treasure we gather in life is more precious than the Quran.   As Allah swt reveals in Surah Yunus, verses 57-58: O mankind, there has to come to you instruction from your Lord and healing for what is in the breasts and guidance and mercy for the believers. Say, “In the bounty of Allah and in His mercy – in that let them rejoice; it is better than what they accumulate.”

Allah (swt)’s blessings are limitless and we should endeavour to get benefit from them.  At the very outset we need to be deeply aware of the Qur’anic injunctions, what they mean to us, and what demand they make on us, because all rewards carry some responsibilities.

At the very outset we need to make a solemn decision to learn the language of the Quran and to recite it in an appropriate manner so that we may be counted among there ones: Those to whom We have given the Book recite it with its true recital. They [are the ones who] believe in it. And whoever disbelieves in it it is they who are the losers. [Al-Baqarah, verse, 121].

We all know that the Quran is the word of Allah (swt) and we all need to come closer to it in order to harvest its guidance and rewards on Judgement Day.

Dear brothers and sisters, let’s make a sincere effort to learn the language of the Quran and achieve our desired destination.

Syed Ubaidullah Hussainy is Adjunct Professor at the Institute for Sustainability and Innovation at Victoria University in Werribee, Australia.