Why an Arabic Quran? 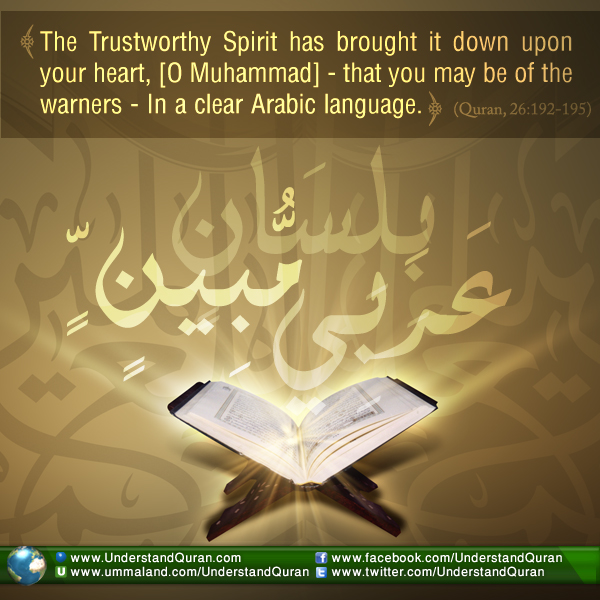 Before you think this question is way too simple to deserve an answer, think again. You won’t find clearcut answers here either, but we’d like to give you just a few things to help get you thinking!

The Quran says that messengers were sent to every nation on the planet. So why did the Quran remain in circulation, both orally and in print, when so many other sacred revelations simply disappeared? More specifically, why did Allah (swt) choose to reveal this most important book in Arabic, rendering Arabic a divine language in the eyes of many Muslims?

Let’s examine some of the characteristics of classical Arabic:

In Arabic— So That Mohamed (saws) Could Understand it

Indeed, We have sent it down as an Arabic Qur’an that you might understand.

One way of interpreting this aya is to say that Allah (swt) chose the prophet before he chose the language, and that He sent the Quran in Arabic specifically to reach this man.

To Everything There’s a Season

Now let’s think about the historical and cultural context of the message:

Think about all this, and try doing a little research on your own. And as you continue in your studies, say a big loud alhamdulillah for this beautiful language, remembering that as hard and frustrating as it may be for you to learn, it’s the language that your creator chose for revealing His message to you!

May your mind and heart be opened and filled with light,