A Virtue For Believing Men and Women 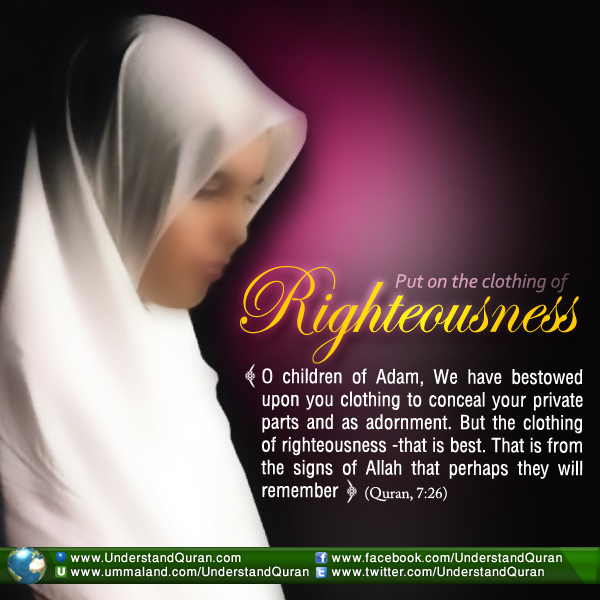 We often see women explaining the virtues of their hijab and we know hijab is more than a mere cover. It is a means to attain protection and modesty. A woman is respected when she chooses to cover herself for trying to protect herself of men’s gaze. She is admired for not letting the affairs of this world be in the way of her relationship with Allah (swt). Even if she has he smallest indecent thought, her hijab quickly reminds her this is a whisper from the Shaytaan, and makes her try to do better next time. Subhana Allah!

What a great blessing indeed. But, is such a great virtue only bestowed upon women? We might think so when we see immodest clothed men next to fully covered women. Sometimes we are even led to believe the responsibility is of hijab is fully on women, and non-covered women fall victim to indecent gestures and words. Does this show the true virtue of our beautiful deen? No. And that is why Allah (swt) revealed the following verse;

Tell the believing men to reduce [some] of their vision and guard their private parts. That is purer for them. Indeed, Allah is Acquainted with what they do [Quran 24:30].

Alhamdullillah both brothers and sister can experience the great pleasure of hijab! How great are His blessings that hijab is given as a gift to all of us. He in all His wisdom even handed us this verse down before obliging hijab on women. It shows us that even when men see an uncovered woman, they first have the obligation to look away. It is such an important matter that there are many beautiful hadith about this responsibility;

On the authority of Jurayr ; “I asked the Messenger of Allah about accidentally looking at something that is not allowed and he said, ‘Turn your eyes away.” [Muslim].

Abu Hurayrah narrated that the Prophet said “Zina (adultery) of the eyes is looking at [that] which is not allowed…” [Al-Bukhari and Muslim].

The hijab of women is revealed to not only protect themselves from being gazed at, but also to not purposely attract men’s attention.

As our first responsibility in hijab is to lower our gaze, covering would be an empty gesture if we don’t act modestly. One will not work without the other. Hijab obviously does not mean we should not look at the other sex, it means we should not lust. And this is easy to obtain when both sexes are dressed and act modestly. Where for women hijab is obtained when wearing loose fitted clothes that only show face and hands, hijab for men means loose covering from at least the navel to the knees. So, no tight t-shirts or jeans for men, even if they’re long enough, and for women no scarf that only protects her hair and not her bosom! And, this goes without saying for both men and women; if you fear fitna because of your body, cover even more! Allah (swt) gave believing women an extra reminder to protect them;

Prophet, tell your wives and your daughters and the women of the believers to bring down over themselves [part] of their outer garments. That is more suitable that they will be known and not be abused. And ever is Allah Forgiving and Merciful [Quran 33:5].

Obviously this does not mean indecent behaviour from believing men to non-covered women is allowed. We need to protect ourselves from the smallest act of zina as it is stated;

If we all pay the upmost attention to our own hijab and not let ourselves get distracted by others, men and women could exchanges salaams, truly heartfelt and without fear of fitna.In this light I would like to especially urge all brothers to pay more attention to upholding their own hijab in these times of widespread fitna. Brothers, how great would it be if you could experience the same gratification and comfort as your covered sisters? How great would it be to constantly feel near to Allah? Imagine the pleasure noticing indecent thoughts coming up, and quickly discard them because your own clothes remind you to do so. How great would you feel that, by upholding your own hijab, you are protecting your sisters in Islam?

Dear brothers and sisters, Ramadan is fast approaching and this is an excellent opportunity to start observing hijab. I will not talk about facing difficulties when you start observing hijab, these difficulties are nothing compared to the inner peace it gives. Cover yourselves well, lower your gaze and uphold the boundaries between men and women Allah (swt) gave us for our own benefit, and you will see Ramadan will be even greater than before in shaa Allah! Keep your good work up after Ramadan, and you will have a source of joy and contentment that will always be with you in shaa Allah.