Jumuah Special: TIRED OF LIFE? Seven Pieces of Practical Advice from the Quran and Sunnah to Lift You Up! 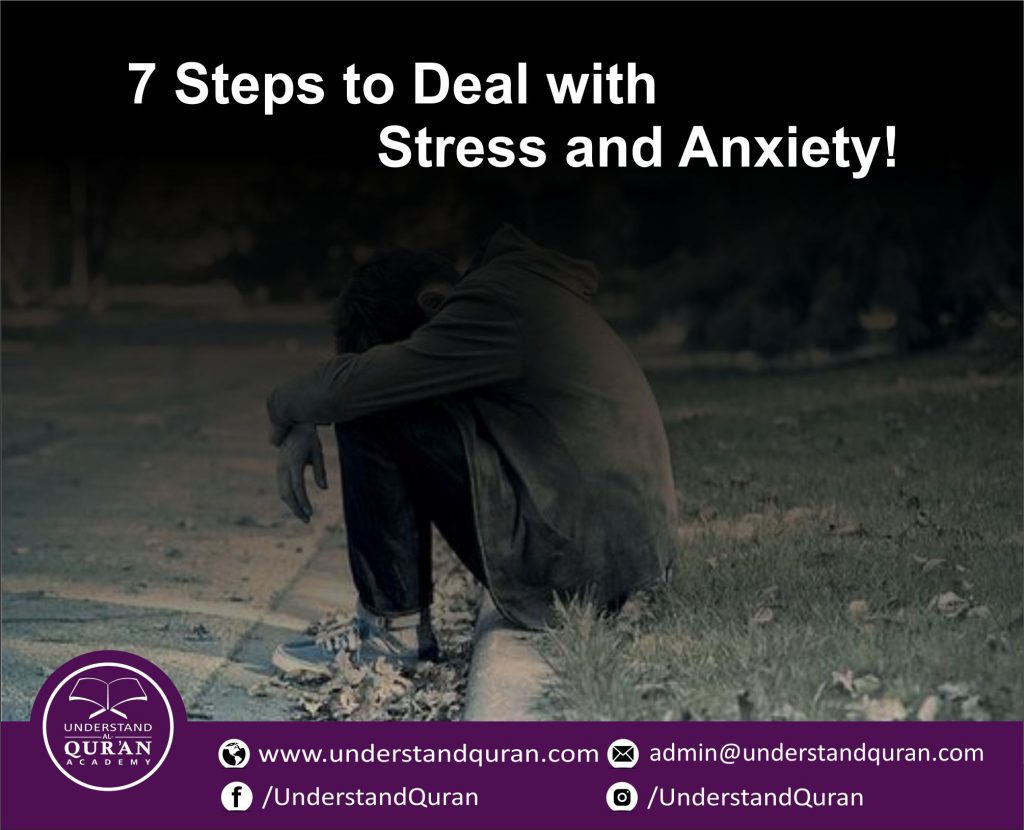 It is the nature of this life that we have to put up with suffering and trials for different reasons, as pointed out in the Quran:
Verily, We have created man in toil. [al-Balad 90:4].

Hence, one of the things that we are given in Paradise is the exact opposite: no worry and no stress. Nothing ever upsets the people of Jannah, not even the slightest word. If you have ever suffered from people hurting you with their tongues, you can feel this even more: No laghw (dirty, false, evil vain talk) will they hear therein, nor any sinful speech (like backbiting), but only the saying of Salaam! Salaam! [al-Waaqi’ah 56:25-26]

A young brother said; “I have become fed up of living in this transient world. I have started to feel bored and tired of it. Is there anyone who can help?”

SubhanAllah.
Has that moment ever hit you— that you are tired of life?

Three Different Views on This World: Which is Yours?

There are many reasons for disliking this world. You have people who dislike this transient world and long for that which is with Allaah of reward, and who love to meet Allaah.

That’s why some of the predecessors (salaf) said:  The gift of the believer is death. However, despite your dislike for this world you carry out your duties towards Allaah and His slaves and you strive to do good as much as you can, taking inspiration from the words of Allah (interpretation of the meaning): And worship your Lord until there comes unto you the certainty (i.e. death).
[al-Hijr 15:99]

There are some people who detest this world, not because of the Hereafter, but because they think that others are better off in this world  than them. They are not satisfied with the decree of Allaah [swt].

And then you have some people who hate this world, only because they go through many hardships. They do not understand the true nature of this world. This world is the home of striving and trial, especially when you are a righteous believer. Allaah [swt] gives you trials by which Allaah expiates your sins and raises you in status.

In which of these categories do you fall?

Here are seven powerful pieces of advice to fight your worries and deal with stress:

1.Ask Him. He is al-Qareeb.
Allaah [swt] is nearer to you than your jugular vein. Make lots of duaa’ and very important, be specific in your duaa’. According to the ahadeeth Allaah [swt] gets angry with those who do not ask Him. So turn every worry, every regret into a duaa.’

3.Do not feel helpless
Your tiredness or depression might be because of something you missed out on or did not acquire or achieve. Maybe your doom was in that thing and if you had gotten it, you would have been in loss in both this world and the Hereafter. So accept the decree of Allah [swt] and seek His Help.

4.Don’t let tasks build up— be prepared but not worried!
Deal with your tasks without delay, even if you dislike them. Most worries we have evolve because we build things up and don’t know how to deal with them anymore. As well, do not worry about the future but be prepared. These are two different things! And very important, be not only prepared for major trials (like death, disease etc), but also for minor trials. Some people do well preparing for major issues, but if they lose their phone or if someone says something bad in their daily lives they go mad!

5.Involve people with knowledge of Islam
If you have some personal or family problems, the way to solve these problems is by prioritizing them. Seek the help of Allaah [swt] foremost then the help of people with knowledge of these issues from the perspective of the Quran and the Sunnah, these people can give you very valuable advice and make you look at things from a different point of view! For example, if you know there’s a hadith stating you cannot avoid your Muslim brother or sister for more than three days (in time of issues with each other), then you will be motivated to act upon it.

6.Look at the most tried people: expiation of your sins!
Who were the most sorely tried of all people? The Prophet [saw] said: The Prophets, then the righteous, then the next best, then the next best of people. A man will be tested according to his level of religious commitment. If there is some solidness in his religious commitment, he will be more sorely tested, and if there is some weakness in his religious commitment the test will be lightened for him. A man will continue to be tested until he walks upon the face of the earth with no sin on him. Musnad al-Imam Ahmad
Key in dealing with stress and worries is realizing that this trial can expiate your sins, increase your hasanaat and raise your level in Paradise. The sahaabah used to rejoice in times of trials as we rejoice in times of ease. So remember: trials are an opportunity!

7.Istighfaar is the way out of every worry
Persist in asking for forgiveness. That is better for you than all the worldly steps you can take, no matter how great and how many they are. It was narrated in some reports that whoever persists in praying for forgiveness, Allaah will grant him a way out from every worry and hardship and will grant him provision from sources he never thought of. A way out of every single worry by keep saying “astaghfirullaah”  [or any other words of seeking Allah’s forgiveness], Allaahu akbar kabeera!

And one final advice:

Narrated ‘A’ishah  [ra] that the Prophet of Allah [saw] said, Do not say, “I feel rotten*.” Instead, say, “I do not feel well.”
Al-Bukhari, Muslim,Nasa’ee   *or any expression that involves corruption of any type.