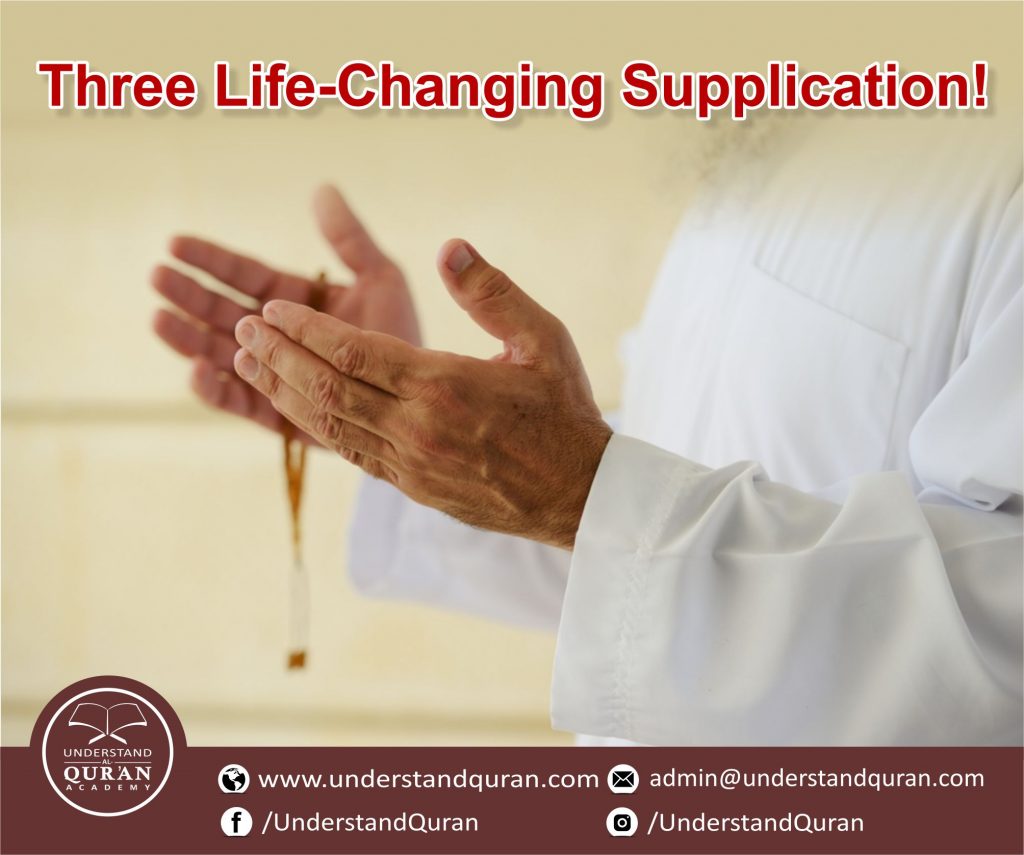 Assalamualaikum Dear Brothers & Sisters,
If you ask someone name me a habit that will enhance your mental performance, increase your physical strength, and bring you inner peace, what would they say? There’s a habit many underestimates and therefore miss out on numerous benefits for their own mind, soul, body and heart. This habit, rather this ‘state’ to be in is dhikr or the remembrance of Allah.

Discover a mind-blowing narration to motivate you to gather to remember Allah, learn the importance of tawheed and utilizing the beautiful Names of Allah and master three life-changing supplications along with three different intentions, insha’Allah.

The Prophet salallahu alayhi wa sallam said: The comparison of the one who remembers Allah and the one who does not remember Allah, is like that of the living and the dead). [Al-Bukhaari, Muslim] It’s time to get motivated to be of the dhaakireen!

Feel the reward of gathering for the remembrance of Allah

Abu Hurairah, may Allah be pleased with him, reported: The Messenger of Allah salallahu alayhi wa sallam, said: “Allah, the Exalted, has teams of angels who go about on the roads seeking those who remember Allah. When they find some people remembering Allah they call to one another and say,`Come to what you are looking for;’ and they surround them with their wings till the space between them and the lowest sky is fully covered. Allah, the Exalted and Glorious, asks them (although He is best informed about everything): `What are my slaves saying?’ They say:`They are glorifying You (Tasbih, Tahmid, Takbir, Tamjid, (i.e., they were declaring Your Perfectness, praising, remembering the Greatness and Majesty of Allah).’ He asks: `Have they seen Me?’ They reply, `No, indeed, they have not seen You.’ He asks: `How would they act if they were to see Me?’ Thereupon they reply: `If they were to see You, they would engage more earnestly in worshipping and glorifying You and would extol You more.’ He would say: `What do they beg of Me?’ They say, `They beg You for Your Jannah.’ Allah says, `Have they seen My Jannah?’ They say, `No, our Rabb.’ He says: `How would they act if they were to see My Jannah?’ They reply, `Were they to see it, they would more intensely eager for it.’ They (the angels) say, `They seek Your Protection.’ He asks, `Against what do they seek My Protection?’ They (the angels) say, `Our Rabb, from the fire of Hell.’ (He, the Most High) says, `Have they seen the fire of Hell?’ They say, `No. By Your Honor, they have not seen it.’ He says: `How would they act if they were to see My Fire?’ They say: `If they were to see it, they would more earnest in being away from it and fearing it. They beg of Your forgiveness.’ He says: `I call you to witness that I hereby grant pardon to them and confer upon them what they ask for; and grant them protection against what they seek protection from.’ One of the angels says: `Our Rabb, there is amongst them such and such slave who does not belong to the assembly of those who are participating in Your remembrance. He passed by them and sat down with them.’ He says: `I also grant him pardon because they are the people by virtue of whom their associates will not be unfortunate.'[Al-Bukhari and Muslim]. Use this hadith as your inspiration to gather for His remembrance!

Do you know the three types of tawheed?

A brief overview of what is meant by the three categories of tawheed:

Firstly, belief in Divine Lordship (tawheed al-ruboobiyyah) means believing that Allah is the only One Who creates, gives life and death, etc.

Secondly, belief in the Divine nature (tawheed al-uloohiyyah or al-‘ibaadah) means believing that Allah is the only One Who to whom the people should devote their words and actions, both inward and outward. So, none is to be worshipped but Him, may He be glorified and exalted.

Utilize the Names of Allah in your dhikr!

Firstly; to fulfil our purpose of creation as Allah the Most High explains to us that knowing Him is one of the purposes of our creation:  It is Allah who has created seven heavens and of the earth, the like thereof. (His) command descends between them so you may know that Allah is Powerful over all things and that Allah has encompassed all things in (His) Knowledge. [Qur’an, 65:12]

Secondly; to attain Paradise. Ihsah – or enumeration – of Allah’s names is a way to attain Jannah.

Thirdly; to improve our character and deeds through knowledge of His names and attributes and applying them in our daily life and our dealing with the creation.

Fourthly; to actively use these names for remembrance of Allah as He mentions: And to Allah belong the best names, so invoke Him by them. [Qur’an, 7:180]

And fifthly; to convey knowledge.  Ibn al-Qayyim, may Allah have mercy on him, said: The key to the call of the Messengers, the essence of their Message, is knowing Allah through His Names, His Attributes, and His Actions, because this is the foundation on which the rest of the Message, from beginning to end, is built. [Al-Sawa’iq al-Mursalah `ala al-Jahmiyyah wa’l-Mu`attilah]

Three life-changing supplications and three beautiful intentions
Imagine the rewards for doing dhikr, for using Allah’s beautiful Names and reviving the sunnah in one! Learn and use below three supplications with enormous rewards and make three intentions while doing so: to engage in dhikr, to invoke Allah the Most High with His Names and to revive a sunnah.

1. Say this and nothing can harm you.
Uthman bin `Affan, may Allah be pleased with him, reported: The Messenger of Allah said: He who recites three times every morning and evening:بسم الله الذي لا يضر مع اسمه شيء في الأرض ولا في السماء وهو السميع العليم، ثلاث مرات، إلا لم يضره شي `Bismillaahil-ladhee laa yadurru ma`as-mihi shay’un fil-ardi wa laa fis-samaa’i, wa Huwas-Samee`ul-`Aleem– In the Name of Allah with Whose Name there is protection against every kind of harm in the earth or in the heaven, and He is the All-Hearing and All-Knowing-  nothing will harm him. [Abu Dawud and At-Tirmidhi]

2. Use Allah’s greatest Name and get granted your request
Buraydah, may Allah be pleased with him, said: The Messenger of Allah heard a man saying:
اللهم إني أسألك بأني أشهد أنك أنت الله لا إله إلا أنت الأحد الصمد الذي لم يلد ولم يولد ولم يكن له كفوًا أحد
Allaahumma innee as aluka bi annee ash-hadhu annaka antallaah, Laa ilaaha illaa anta, Al Ahad As-Samad, alladhee lam yalid walam yoolad, wa lam yakullahoo kufuwan Ahad – O Allah, I ask You, I bear witness that there is none worthy of worship but You, the One, the Self-Sufficient Master Whom all creatures need, Who begets not, nor was He begotten, and there is none coequal or comparable to Him -and he (peace and blessings be upon him) said: You have supplicated Allah using His Greatest Name, when asked with this name He gives, and when supplicated by this name He answers. [Abu Dawud, Al-Tirmidhi, Al-Nasa’i and Ibn Majah]

3. Say this and you will be forgiven, even after huge sins.
The Prophet, salallahu ‘alayhi wa sallam said: Whoever says: أَسْتَغْفِرُ اللهَ الَّذِي لَا إِلَهَ إلَّا هُوَ الحَيُّ القَيّوُمُ وأَتُوبُ إِلَيهِ – Astaghfirullah al-ladhee laa ‘ilaaha ‘illaa Huwal Hayyul Qayyoomu wa ‘atoobu ‘ilayhi – I seek the forgiveness of Allah the Mighty, Whom there is none worthy of worship except Him, the Living, the Self-Subsisting and Supporter of all, and I turn to Him in repentance- Allah will forgive him even if he was one who fled during the advance of an army. [Abu Dawud, At-Tirmidhi]O Allah make us of the dhaakireen, ameen!

Learn the Names of Allah and how to live by them them: Get it HERE