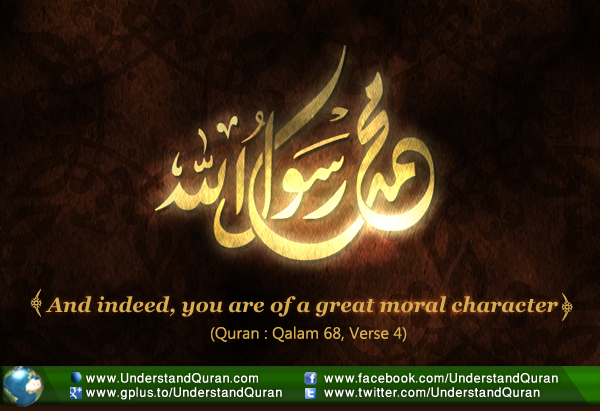 It is the main reason people will enter Paradise.
It counts highest on your Scale of Deeds and makes you close to the Prophet on Day of Judgment.
It causes you to reach the stations of those engrossed in worship.
And it was the way of the Prophet ﷺ.

It is husnul khuluq— good inner and outer character, the absolute link to being truly productive as a Muslim. Looking at yourself now, how is your character?

To start off, according to Islam, good character is made up of two aspects: khalq is your outer character (how you interact with others, your looks) and khuluq refers to the inner (like respect for others, love of Allah ‘azza wajal, patience). If someone has good khalq and khuluq so that his character is good from the outside and the inside, then he has a complete character.

It happens a lot that people use the “inner” as an excuse to not have a good outer character. Some people are very pious and are always in the masjid but they interact with others in a very harsh way.

Or people simply focus on the outer, neglecting the inner. They are great with people but their relationship with Allah subhanahu wa ta’alaa is neglected.

If you truly desire to be productive and fill up your Scale of Deeds, then you strive to be good inside and outside.

Don’t You Want To Be the Best of the Best?

‘Abdullah ibn ‘Amr ibn al-’As radiyallahu ‘anhu said, The Messenger of Allah ﷺ was neither obscene nor indecent. He used to say, ‘The best of you are the best in character.’

Good character is an attribute of the prophets and the truthful and the opposite leads to the many ways of Shaytan. Having good character is not something you only do for yourself; it has an incredible effect on your children and on non-Muslims. SubhanAllah, showing good character is the best dawah ever! Imagine someone becoming a Muslim by the Grace of Allah, just by being motivated by your character.

What is Good Character?

1. Good character is the main reason people will enter Paradise.

2. Be highest on the scale.

Rasulullah salallahu ‘alayhi wa sallam: Nothing is weightier on the Scale of Deeds than one’s good manners.(Al-Bukhari)

3. Be close to the Prophet on the Day of Judgment

4. Reach the stations of those engrossed in worship.

5. Be beloved of Allah and His Messenger ﷺ.

The Prophet said, in Tabaraani, “The most beloved servants of Allah, to Allah, are the best of them in character.”

6. Good Character was the way of the Prophet ﷺ.

In Surah Qalam, ayah 4 Allah subhanahu wa ta’alaa says:  And indeed, you are of a great moral character.

7. Maintain the most perfect belief.

Now, is it possible to improve your character?
There are two types of people; some are blessed by Allah to have naturally a noble character and others have to develop it by training themselves with knowledge and effort. An example is people who are very calm by nature and people who easily get angry. It takes the latter struggle and practice to restrain their anger and gain the reward from Allah ‘azza wajal.

An example is the companion Ashj ʻAbul al-Qayis to whom the Prophet ﷺ said, You have two qualities which Allah and His messenger ﷺ love – forbearance and ease. In another narration, Ashj asked the Prophet ﷺ, Are these qualities that I have acquired, or did Allah fashion me this way? The Prophet ﷺ responded, Allah created you that way. Upon hearing this Ashj responded, All praise be to Allah who created me with two characteristics beloved to Him and His messenger!

So thank Allah subhanahu wa ta’alaa for the qualities He blessed you with!

The Prophet ﷺ said, I was sent only to complete noble character. This means having a noble character, inside and outside, is within reach for all of us!

So how to attain it?

Here are some practical tips on how to strive for a good character:

1.      Be sincere in asking Allah to give you good character; make dua day and night!

4.      Accept advice and seek forgiveness from others; if your mother says, my son, don’t say that.  You should listen to her, and don’t be arrogant.  Arrogance is rejecting truth, even if it is from your child, or your wife. You will not enter Paradise if there is even a grain of arrogance in your heart.  Even if it is a disbeliever who corrects your mistake, accept his advice.

5.      Read books about good character; look in the Seerah, it was said:  I don’t beautify Muhammad by my words, rather he beautifies my words.

Try to use this dua made by the Prophet sal allahu ‘alayhi wa sallam from now on.
Oh Allah, guide us to the best of character, none guides to it except You! And turn away from us evil character, for none can turn it away from us except You.

May Allah subhanahu wa ta’alaa help us in our struggle for a noble character. Ameen!