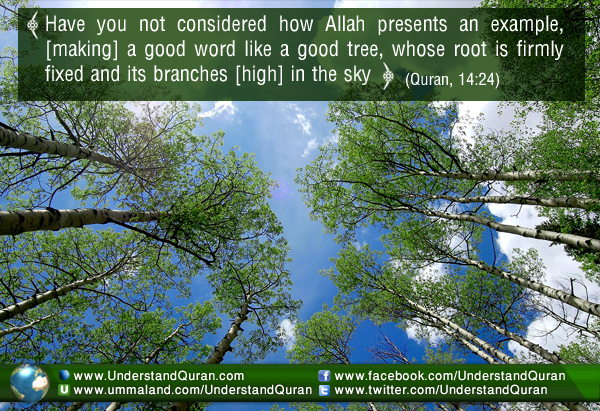 It was a crazy Friday afternoon. An article needed immediate submission. My older one demanded lunch, the younger one needed a change of diapers, and my husband needed his jumah clothes immediately. The last thing I could have wished at the time was for my phone to ring. And that’s when it rang! I received the call very reluctantly and talked to the caller for two minutes.

After the call ended I made one of the most sincere duas of my life from the bottom of my heart. What could have motivated me enough to divert my attention from the current mayhem and dedicate my precious minutes to pray? Neither the news of doomsday arriving by night, nor someone paying me a million dollars to pray.

In fact the caller had not even asked me to pray; he had merely asked me convey his need for prayers for a very important job interview—one he desperately needed— to his mother. His mother was with us but was in middle of Quran recitation at the time.

I prayed for this person with whom I don’t share a bond— either of natural compassion or of friendship. Ours was always an almost formal relationship, with immense potential to turn sour at the slightest motivation. In the years that I had known him he’s remained on the seldom-touched horizons of my life and mind— quietly and insignificantly.

Nothing about him attracted my attention except that his words made me feel important and respected. He had a way of making people feel that way.

I particularly remember interacting with him on two occasions, both of them occurring during one difficult phase of my life. I had undergone an ugly period of misunderstanding, unpleasantness, distrust, and mutual unkindness with many people in my life, and I had fully expected this person to be among them.

But when he talked to me his kind words surprised me.

Allah (SWT) says in Surah Al-Israa: [Quran, 17:53] And tell My servants to say that which is best. Indeed, Satan induces [dissension] among them. Indeed Satan is ever, to mankind, a clear enemy.

At that time his politeness had provided the sheer kindness I had much needed. His akhlaq was recognized, welcomed, and appreciated but my worldly wise mind was driven by baser instincts; I had failed to understand what benefit anyone can derive from speaking so kindly all the time to everyone.

I got the answer that hectic Friday afternoon when my heart spontaneously sent out a dua for him.

That’s what he got in return for his investment of kindness: sincere, heartfelt good wishes from people. Here was a man poor in worldly ways but with a knack for making ultimately profitable investments.

Allah (SWT) says in Surah Ibrahim: [Quran, 14:24] Have you not considered how Allah presents an example, [making] a good word like a good tree, whose root is firmly fixed and its branches [high] in the sky?

Nida Ajaz is a student and homemaker living in Hyderabad, India.