Surah Qadr— The Night of Our Lives 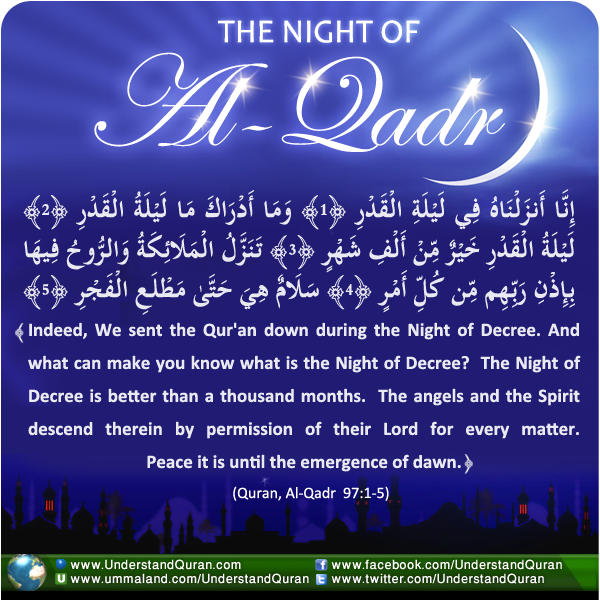 With Laylatul Qadr arriving soon, it’s worth visiting the Surah that is dedicated to this night alone! Allah has not honoured any other night more than the Night of al-Qadr. So what is it that Allah says about this grand night? This is a short run-through the Surah with the aim that we can make the best of this night, insha Allah.