A Short Biography of Aisha, the Mother of the Believers [Learn Tajweed with UQA] 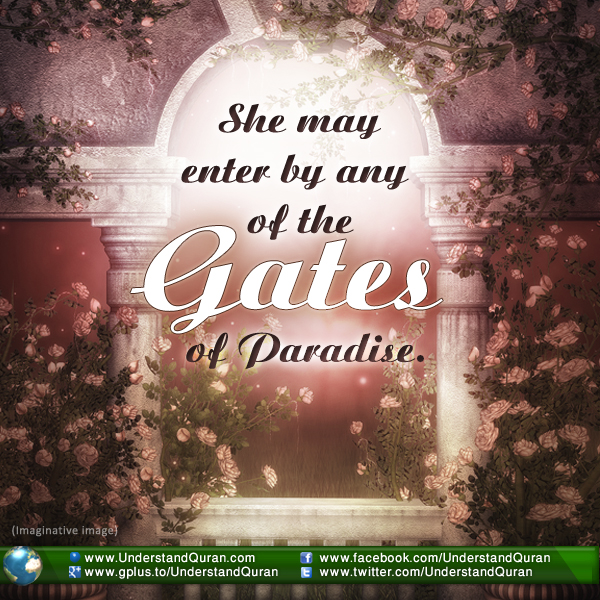 Mother of the Believers, a scholar among the best of The Companions, she was unique in every aspect. She conveyed from the Prophet many hadiths which couldn’t have been conveyed by other Sahaba because none of the male muhaddiths among them had known the Prophet so intimately. She was the most beloved person to the Prophet. Let us have a glimpse at the life of this amazing person.

Aisha bint Abi Bakr was born in the year 614 CE. Her father was the most beloved Companion of the Messenger ﷺ, Abu Bakr Siddique (radiyallahu anhu), and her mother was Umm Roman (radiyallahu anha). Despite being born in a Makkah which was yet to accept Islam, she was a born Muslim, and she grew up in a home environment free from the touches of jahiliyah (ignorance of divine guidance).

From childhood she manifested signs of intelligence and a keenness for knowledge-seeking, as shown by the following incident:

One day the Prophet ﷺ   came to visit Abu Bakr and found the five-year-old Aisha playing with a toy horse that had wings on it. The Prophetﷺ asked her what it was, and she replied it was a horse. The Prophet said smilingly that horses did not have wings. She replied that Sulaiman (alaihi salam) had horses that were winged.

Az Zuhri said of her, “If ‘Aishah’s knowledge is compiled and compared to the knowledge of all women, her knowledge will surely excel theirs.”

Aisha was shown in divine revelation to the Prophet in the form of dreams. The Messenger said to Aisha, “You have been shown to me in (my) dreams on three nights. An angel was carrying you in a silken cloth and said to me, ‘This is your wife.’ And when I uncovered it; behold, it was you. I then said, ‘If this dream is from Allah, He will cause it to come true.’

And the dream did come true by Allah’s will. The proposal was taken to the parents of Aisha by Khalwah bin Hakeem (radiyallahu anha), and since Aisha had not yet reached adulthood, she was engaged to the Messenger ﷺ , the only virgin among the Prophet’s wives.

When the migration from Makkah to Madinah took place she was eight, and she later narrated its minute details, which she remembered many years later. It was this amazing strength of memory which enabled her to narrate thousands of hadith of the Prophet ﷺ .

When she became nine years of age, her marriage with the Prophet was consummated, and she entered into her apartment which was going to be honoured to become the burial place of the Messenger of Allah and the first two of the Righteous Caliphs. It was a six feet wide room with earthen walls and roof of leaves and twigs. Her furniture consisted of a mat, a thin mattress, a pillow filled with tree barks, a water-bag, a plate of dates and a water glass.

She was the youngest and the most beloved among the wives of the Prophet ﷺ, and he used to play with her and tell her stories.

Narrated Amr bin Al-As: I came to the Prophet SAW and said, “Who is the most beloved person to you?” He said, “Aisha.” I asked, “Among the men?” He said, “Her father.”

The Prophet ﷺ used to receive revelations while in the apartment of Aishah. He said to the Mothers of the Believers on one occasion, ‘ . . . by Allah, the Divine Inspiration never came to me while I was under the blanket of any woman amongst you except her (Aishah).”

There are several occasions of ayaat of the Quran being revealed because of Aisha. One of them was when she was maliciously accused of adultery by the hypocrites. Allah revealed verses 11 to 21 of surat an Nur on her defense. Another such occasion was the revelation of the verse of tayammum of surat an Nisa verse 43.

Aishah saw the angel Jibreel (alaihi salam) personally. On one occasion, she saw the Prophet talking to a horse rider. She saw who it was, and the Prophet said it was Jibreel in the form of a human, and that he requested that his greetings be conveyed to her.

The Prophet spent the last few days of his blessed life in Aisha’s apartment, and died in her lap. He was buried in her apartment, which is still the only remaining room among the Prophet’s household.

Aisha continued teaching Islam and narrating hadiths throughout her life. She was the fourth topmost narrator of hadith and narrated a total of 22102 ahadith. Several of the best chains of narration go back to her, among them Ubaydullah ibn Umar from Qasim from Aishah, which is considered a golden chain.

She transmitted two of the Prophet’s letters.

Al Hakim mentions in al-Mustadrak, “One-fourth of the rule of Shariah was narrated on the authority of Aishah.”

Abu Moosa al-Ash’ari said, “Whenever a hadith was unclear to us (the Comapnions), and we asked Aishah about it, we always gained knowledge about that hadith from her.”6

She was an authority in fiqh (the philosophy of Islamic law). During the Caliphates of the four Rightoeus Caliphs, her fataawah were accepted.

Other senior Comapanions consulted her in the finer points of Shariah. Masrooq ibn al-Ajda said, “I was the elders among the Companions of Muhammad asking her about the law of inheritance.” 1

Aishah died at the age of 66, on Tuesday 17th of Ramadan, 58 AH. Her funeral prayer was lead by Abu Hurayrah (radiyallahu ‘anhu). She was buried in Jannatul Baqi’. Inna lillahi wa inna ilaihi rajiun.