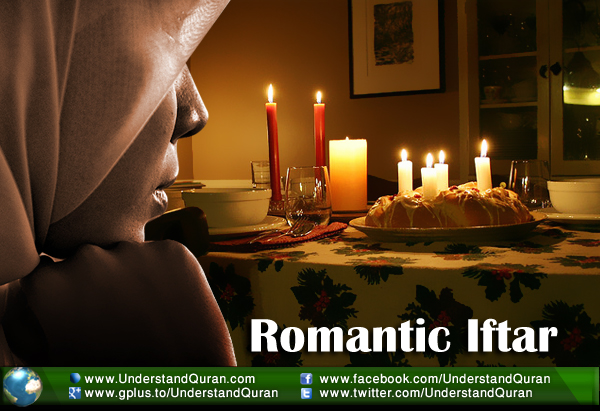 Aliyah, a pious Muslimah, has been married for three years now. She’s happy with her married life except for the fact that she doesn’t have a baby to call her ‘’mama.’’ But she’s never discouraged; she trusts in Allah (swt) and knows a baby will arrive at the right time. She has a loving husband who has always cared for her, wiped away her tears whenever she felt down, and given her strength when others asked her about her infertility.

It was a Monday and as usual Aliyah took consent from her husband to fast. She asked him if he would be able to join her for ifthar and he said that he would, in shaa Allah. She spent her day in worship and reading the Quran and preparing a few of her husband’s favorite dishes. At last everything was ready and on the table and it was almost time for Azaan. But there was no sign of her husband. Aliyah sat at the table making specials duas but couldn’t concentrate as her ears were waiting for the calling bell to ring. Soon Azaan was out!

She drank a glass of water, saying, Bismillah. She didn’t realize her dates were getting wet with her tears. She felt the living room shrinking and the darkness covering the room suffocating her as her loneliness grew.

It was the perfect moment for her biggest enemy, Shaitan, to attack her, and he made good use of his time.

He whispered to her heart: See, I told you he doesn’t really love you; if he did he would at least make a phone call and apologize for not coming. He forgot you are fasting— it proves that for him you’re secondary. He kept whispering negative thoughts into her already disturbed mind to distract her from thinking positive thoughts, trying to make her furious and turn her against her husband.

The hadith, Anger comes from the devil, the devil was created of fire, and fire is extinguished only with water; so when one of you becomes angry, he should perform ablution, came to her memory.

Aliyah abruptly got up and did wudhu, and while she was doing it she felt as if a burning fire in her heart was put down. She soon prayed Maghrib and made dua to Allah (swt) to save her from Shaitan’s evil whisperings and to give her patience to deal with her husband kindly.

Keeping the Mind at Ease

Then she felt a whole lot better. Now her mind started speaking to her: Don’t worry— he might be in a meeting or his battery is dead and that’s why he can’t call you. She happily agreed with it and took the phone to call him. His phone rang but immediately he disconnected the call. She felt a little bad but decided to keep herself busy with her work so her mind would feel at ease.

Aliyah started ironing clothes and before she finished with it there was someone at the door.

She opened the door and forcefully smiled and said Salam to her husband, who looked exhausted after a long day. She let him in and quietly turned back to kitchen when she heard him say, “Sorry Aliyah, I know I couldn’t make it for ifthar and how bad you must have felt, I am really sorry.”

Her heart melted and she turned back with a cute smile. He took a packet from his bag and continued, “I bought your favorite club sandwich. I planned to come home before Azaan but at the last moment I was called for a meeting.’’

The verse, They are clothing for you, and you for them [Quran 2: 187]  popped into Aliya’s mind as she wondered how much both of them cared for each other.

Aliyah immediately hugged him and said, “I thought you didn’t love me anymore. I’m so sorry for being so mean.”

Tears rolled down her cheeks while she talked to him. He broke the silence by asking, “Will you please serve me with a glass of tea if you’ve finished with your stories?’’

The living room was once again filled with the sound of their laughter. Both of them happily dined together and enjoyed their “romantic ifthar.”

Aliyah said, “Alhamdullilah, if Allah (swt) didn’t guide me I would have been distracted by Shaitan and fallen into his trap, which would have ended up in a fight between us.’’

For Those Who Reflect

The Quran proclaims that Allah (swt), the possessor of infinite knowledge, will give people the ability to distinguish between right and wrong if they fear Him.

And among His Signs is this, that He created for you mates from among yourselves, that ye may dwell in tranquillity with them, and He has put love and mercy between your (hearts): verily in that are Signs for those who reflect’. [Quran 30:21 ]

The last words of the sentence are the most powerful: verily in that are Signs for those who reflect.