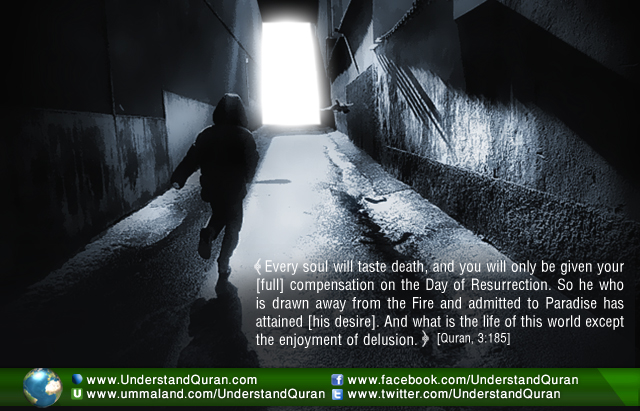 First, a confession: I was raised in a religious Muslim family, but, unaware of this blessing, for most of my life I didn’t practice Islam.

As a girl, the most controversial topic in Islam for me was the hijab. I remember always saying that the hijab was at best optional and at worst a total suppression of freedom. Yes I’d been blinded by the sparkles of life and uprooted from my religion. I was just another victim of “modern culture.”

It was on a Friday night that a verse from the Bible somehow popped up in front of me while I was surfing the internet. It was qadar (divine destiny).

It was as clear as a moon in mid-June— this passage was referring to hijab!

Thoughts started to creep into my mind. I started to flip through the pages of the holy Quran, tears pouring down my cheeks. The only thing that I could think about was death; how could I leave this earth with such a dirty, ungrateful soul?

As Allah (swt) says in the holy Quran: Every soul will taste death, and you will only be given your [full] compensation on the Day of Resurrection. So he who is drawn away from the Fire and admitted to Paradise has attained [his desire]. And what is the life of this world except the enjoyment of delusion. [Quran, 3:185]

But I was guided to the right path. I like to say that I was awakened.

But those who deny Our verses are deaf and dumb within darknesses. Whomever Allah wills – He leaves astray; and whomever He wills – He puts him on a straight path. [Quran, 6: 39]

It was on that very night that I made the decision to wear hijab as a first step in “re-embracing” Islam. I donned the hijab totally of my own accord— no one forced me.

That Friday morning I wore my mom’s clothes and headed to school. None of my friends recognized me. Some of them thought I was having a “bad hair day.” Others said, “You won’t last a week!”

Alhamdulillah, this December it will be my second year of wearing the hijab, in shaa Allah.

Since that day my life has completely changed. I now have a peaceful life, full of faith and grace, alhamdulillah! I discovered my religion as if for the first time, and I discovered also that before then I hadn’t been truly alive. There was so much that I’d forgotten.

The biggest lesson learned in my hidayah journey is that Allah (swt) is indeed merciful. He didn’t abandon me to my sins, and for that I’m forever thankful.

Say, “O My servants who have transgressed against themselves [by sinning], do not despair of the mercy of Allah . Indeed, Allah forgives all sins. Indeed, it is He who is the Forgiving, the Merciful.” [Quran, 39:53]

Abir Dhib is a liberal arts student from Tunis, Tunisia.