What Does the Quran Tell Us About Karma? 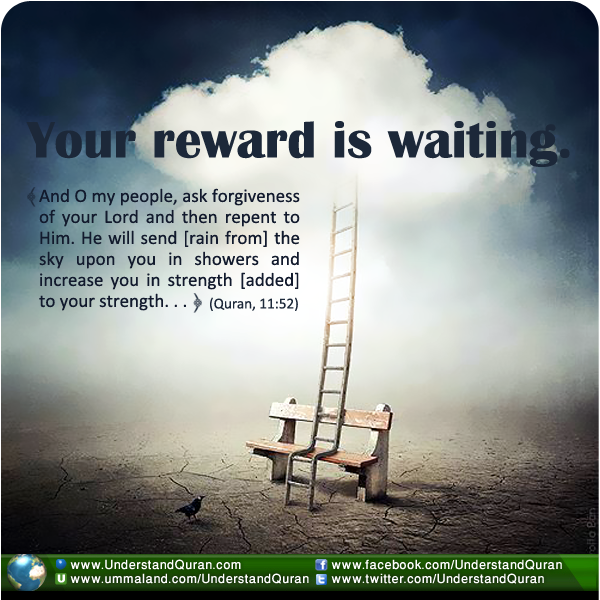 “My business just folded, practically overnight! How did this happen?”

The word orginated in the Hindu culture, which believes in reincarnation and the idea that the good and bad deeds of your former lives were what determined your good (or bad) fortune in the present life.

But when you hear the word “karma” in a movie or a television series, it probably just means, well— fate: the rewards and punishments meted out to us as a result of our actions. That’s the sense in which we’ll be looking at it here.

Islam doesn’t teach reincarnation, but the connection between our deeds and our futures is stated clearly in the Quran and hadith.

The Quran makes it clear that we will be rewarded for our good deeds and punished for our sins, but not necessarily in our earthly life. Allah holds us responsible for our evil deeds and remembers our righteous acts, smiling favourably on them. The righteous will earn blessings in this life but infinitely more in the hereafter.

And [for] every person We have imposed his fate upon his neck, and We will produce for him on the Day of Resurrection a record which he will encounter spread open. [Quran, 17:13]

The Righteous Look for Good Karma

The slaves of Allah do not, as do certain religious sects, seek out suffering as a form of spiritual discipline. Neither do they wish suffering on each other.

Bad Karma is Associated With Denial and Disobedience

The Quran repeats many times with many examples that the fate of the unbelieving disobedient ones is far from rosy.

Similar situations [as yours] have passed on before you, so proceed throughout the earth and observe how was the end of those who denied. [Quran, 3:137]

And We rained upon them a rain [of stones]. Then see how was the end of the criminals. [Quran, 7:84]

Then We sent after them Moses with Our signs to Pharaoh and his establishment, but they were unjust toward them. So see how was the end of the corrupters. [Quran, 7:103]

You’ll Have Good Karma if You Tell the Truth About Allah, Even if People Don’t Believe You

Who lived out this lesson better than Yunus and many other of the prophets? Allah instructed them to tell the truth, regardless of how the people responded. And He rewarded them for having the courage to do so.

And they denied him, so We saved him and those with him in the ship and made them successors, and We drowned those who denied Our signs. Then see how was the end of those who were warned. [Quran, 10:73]

The Message continually exhorts us to open our eyes, to reason, to seek the truth. A life of distracted busy-ness or wilful blindness does not lead to good karma. Cultivate consciousness.

And We sent not before you [as messengers] except men to whom We revealed from among the people of cities. So have they not traveled through the earth and observed how was the end of those before them? And the home of the Hereafter is best for those who fear Allah; then will you not reason? [Quran, 12:109]

Good Karma Comes to the Patient

Whatever you have will end, but what Allah has is lasting. And We will surely give those who were patient their reward according to the best of what they used to do. [Quran, 16:96]

Indeed, those who believed and those who were Jews or Christians or Sabeans [before Prophet Muhammad] – those [among them] who believed in Allah and the Last Day and did righteousness – will have their reward with their Lord, and no fear will there be concerning them, nor will they grieve. [Quran, 2:62]

And if they had believed and feared Allah, then the reward from Allah would have been [far] better, if they only knew. [Quran, 2:103]

Those who spend their wealth in the way of Allah and then do not follow up what they have spent with reminders [of it] or [other] injury will have their reward with their Lord, and there will be no fear concerning them, nor will they grieve. [Quran, 2:262]

When it Comes, Your Good Karma Will Be Beautiful Beyond Imagining

Their reward with Allah will be gardens of perpetual residence beneath which rivers flow, wherein they will abide forever, Allah being pleased with them and they with Him. That is for whoever has feared his Lord. [Quran, 98:8]

As much as Allah has blessed you in this life, don’t look to the dunya for the lion’s share of your good karma. Alhamdulillah, nothing the world can offer you can compare to the fate of righteous believers!

May your mind be opened and your deen strengthened,