Why Does the Quran Ask Us to Prostrate in Prayer? 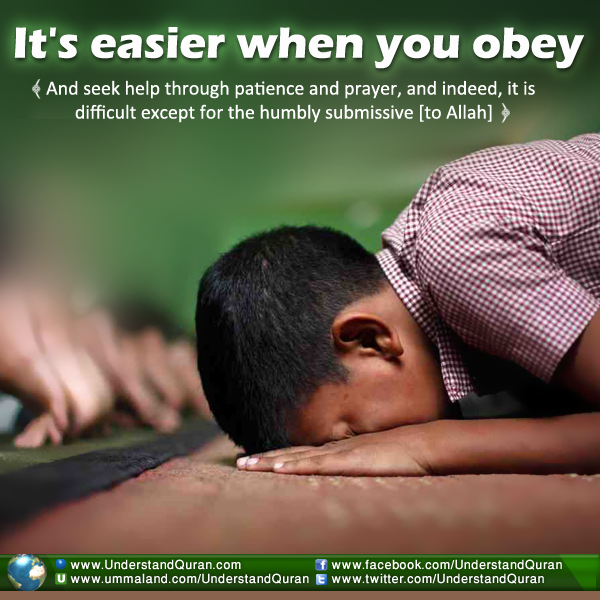 Admit it— the act of prostration (sujood), can sometimes feel like a burden, especially when you’re tired. You do it because this is what has been commanded of you, but has it ever occurred to you to wonder why Allah told us to pray to Him in a kneeling position, our palms and foreheads on the floor?

The Science on Body Postures

Recent research has uncovered some surprising findings on the relationship between body postures and emotions, self-confidence, learning, and memory. The theory of embodied cognition states that even as the mind controls the position of he body, the body’s position also influences the mind. This is one of the scientific findings underpinning Understand Quran Academy’s use of TPI (total physical interaction), which has been proven to improve learning capacity.

Back to the Quran

While science can go a long way toward explaining in detail the benefits of obedience, let’s get back to our friend the Quran, which makes it clear that prostration is a posture done toward something or someone we consider superior to ourselves and to which we owe our allegiance.

Human beings, for example, have such a superior position in the universe that on creating the first man Allah commanded the angels and jinn to prostrate to him.

Those humans who prostrate to Allah have the most special place, so much so that He even commanded that His House be purified for them.

. . . And We charged Abraham and Ishmael, [saying], ‘Purify My House for those who perform Tawaf and those who are staying [there] for worship and those who bow and prostrate [in prayer].’ [Quran, 2:125]

Prostration as Part of a Package

Prostrating comes as part of a package belonging to the righteous, a package that also includes repentance, worship, praise of Allah, righteousness, obedience, and giving good news.

[Such believers are] the repentant, the worshippers, the praisers [of Allah], the travelers [for His cause], those who bow and prostrate [in prayer], those who enjoin what is right and forbid what is wrong, and those who observe the limits [set by] Allah. And give good tidings to the believers. [Quran, 9:112]

In short, prostration is an integral part of the sincere Muslim’s life. One might even argue, especially after reading the research outlined above, that prostration is a way of preparing the heart, mind, and body for total obedience.

So at your next salat, be especially mindful of your prostration and what it means for you. The simple act of prostrating to the highest power aligns you with that power and imbues your life with profound meaning.

Prostrate with a heart full of love and submission, knowing that you are submitting to the source of all love, power, and truth— and expect a positive transformation!

May your mind be enlightened and your heart comforted,