The Pursuit of Knowledge in Islam 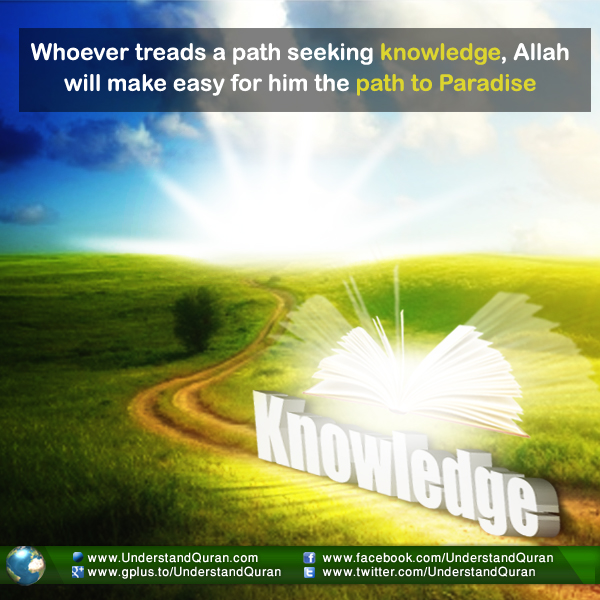 Read, in the Name of Your Lord

Knowledge is an integral part of Islam. In one example, Allah tells us in Surat AzZumar, verse 9:

And everyone is familiar with the first word of revelation in Surat Al-Alaq, verse 1:

Read, in the Name of your Lord who created.

Also, the Prophet (sallah o alaihi wassalam) told us: Whoever treads a path seeking knowledge, Allah will make easy for him the path to Paradise. [Part of a sahih hadith reported by Ibn Majah and others, fulfilling the conditions of Imam al Bukhari and Imam Muslim]

For Muslims it’s not just important to have knowledge; traversing the path to acquire knowledge is in itself highly regarded in Islam. Muslims are encouraged to seek knowledge in all areas as long as it is beneficial knowledge.

We’re taught to say in our supplications, Allah teach me what is beneficial to me and benefit me by what you have taught me and increase my knowledge. Ameen.

An Easy Path to Authentic Sources of Islamic Knowledge

Islamic Online University is true to the Islamic tradition of seeking knowledge from credible, authentic, and reliable sources and eases the path to this knowledge for every Muslim on earth.

We relieve you of the need to leave your home to attain Islamic knowledge which is now available to you completely online, in the comfort of your own home and within whatever time frame you can afford to set aside for your studies.

There’s no need to quit your job, leave your family, or bear the burden of moving to a foreign country or city to learn about Allah (swt). Your education can be completely incorporated into your current lifestyle. Masha’Allah, studying Islamic sciences has never been easier.

How Can You Be a Part of the Movement?

How can you be a part of the movement “Changing the Nation Through Education”? Simply visit www.islamiconlineuniversity.com and begin changing your life, your family, and the Muslim nation today.