Are You One of Allah’s Special People? Part I 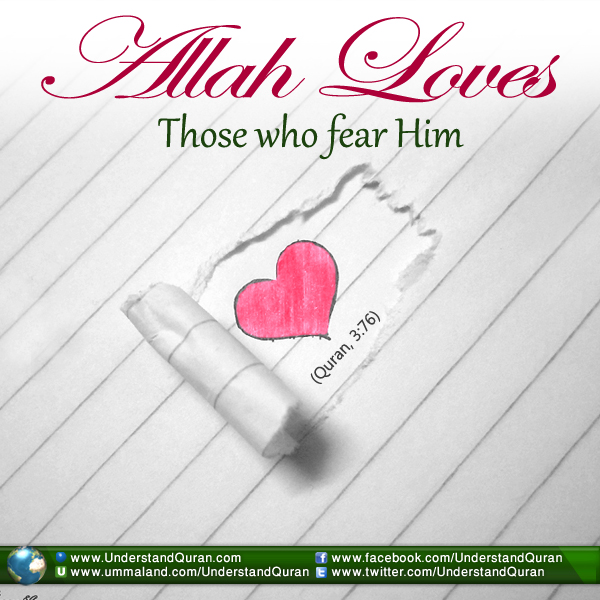 In the last few verses of Surah Furqan (verses 63-77), Allah mentions a few categories of people who are especially dear to him. We are all ibaadullah (slaves of Allah), but these ayaat mention that Muslims who fall into the categories mentioned later on in this article are known as ibaad-ur-Rahmaan!

You might wonder: what exactly is the difference? Rahmaan is Allah’s name, referring to him as having extreme mercy, and if we fall into these categories we are the slaves of Allah’s extreme mercy in dunya and, more importantly, on Yawm-al-aakhirah (the day of judgement)!

Subhanallah! Wouldn’t we all love to be given this title?

How Can We Become of the Abd-ur-Rahman?

[Quran, 25:63] And the servants of the Most Merciful are those who walk upon the earth easily, and when the ignorant address them [harshly], they say [words of] peace . . .

This first category is Muslims who control their anger and speak calmly and peacefully to people regardless of any situation and who also walk with humility on earth.

This is most certainly a very difficult one for most of us! In our daily lives, we all have people who annoy us, irritate us, or do injustice to us in many different ways. It could be in the form of backbiting, treating us badly, or just having differences of opinions between family members. Sometimes it could even be more serious, like us living in families who are less religiously committed than we are, which could cause serious differences within the home.

In such situations, we should always try to remember the example of the prophet (pbuh), who was treated badly by neighbours, his tribe, and even his family (e.g. Abu Lahab). In all these situations, how did he react? With peace and calmness. In one situation, his neighbor put dirt on him every time he passed by her house. One day, he passed by and no dirt fell on him. He got worried that something might be wrong with her and inquired if she was ok. Subhanallah! That very act of his caused her to turn to Islam.

Another good way of controlling anger is to do dhikr whenever anything angers us. Also, getting into the habit of pausing for a moment before reacting helps a lot in controlling this destructive emotion.

Walking with humility refers to even looking at another person so as to give the impression that we think we are better than them! To ensure we don’t do this, all we have to do is constantly remind ourselves of what Allah has said in the Quran about dunya– that the whole world and everything in it is not even worth the wing of a fly! Subhanallah! How insignificant are we? How can we even think we are better than someone else when we are worth so little??

Now this is a one where I’m sure most of us must be thinking, surely I can never fall into this category!

True enough— outside of Ramadan, waking up for qiyam-ul-Layl is  a challenge! But inshallah let us try to get into the habit of waking up at least once a month for tahajjud and then gradually make it at least once a week, for the sake of Allah!

Of course none of us ever wants to go to Hell. However, there are some muslims who think that they may have to spend a few years in Jahannam initially and then get Jannah forever because Allah promises that all believers will be in Jannah eventually.

This is very wrong thinking and is actually undermining the power and the mercy of Allah. In fact, we should not want to go to Jahannam for even a second! In the Quran there are verses that describe a scene where a person is outside Jahannam and the breeze of Jahannam just brushes past his skin for a split second and the person says,” O Allah! it feels like I have been in the worst part of Jahannam!”

Can we even imagine what Jahannam is like? Subhanallah! We should always ask dua to keep us away from Jahannam. These two verses are good duas to ask as well as the infamous “Allahumma ajirnee-min an naar” – O Allah protect/save me from the hell-fire.

This category is relatively straightforward and refers to those believers who spend wisely and who are  not extravagant or wasteful. Of course spending on family and those under your care is ibadah and required of a Muslim man and a Muslim should not be stingy when spending, either!

However, we should also think about better ways to spend our extra money, such as giving sadaqah, helping the poor, or spending in the cause of Islam, instead of wasting money.

This also includes living within our means, refraining from loans or riba and also ensuring that most of our income comes from a halaal source and is not spent on haraam!