Seeking the Purpose of Life: Mangla to Manchester, Part I 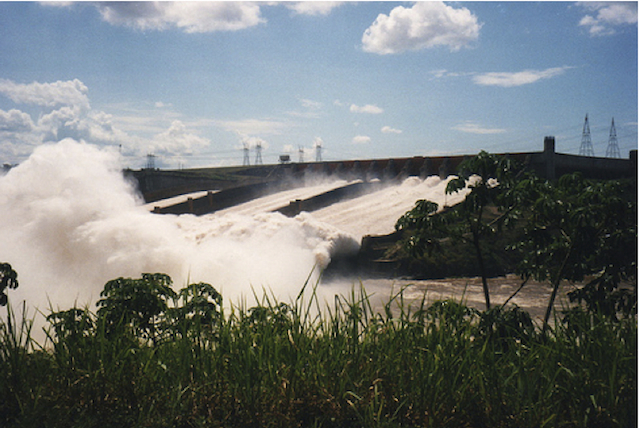 The Power of Falling Water

One of the major problems facing most of us is related to fuel or the lack of it. Basically the fossil fuels which generate most of the energy needed are running out fast and the day is not far when most governments and their subjects will come face to face with the dreaded reality of no fuel to run industries, offices, and homes.

One suggested way out has been the development of renewable resources. Among the options is hydroelectric power (HEP). This basically uses the power of falling water from dams to generate electricity. It’s considered to be the favoured choice because it’s safe, clean, and cheap. It’s very suitable for highlands with lakes, rivers, and streams.

The second biggest hydroelectric dam in Pakistan is the Mangla Dam in Azad Kashmir. It was built in 1967 and has a generating capacity of around a thousand megawatts.  About five kilometeres from Mangla Dam is the village of Ladhar Manara, on the Mangla Road, which leads on to the town of Dina on the Grand Trunk Road, part of the renowned Silk Road of Asia. Lying 70 kilometres to the north of Ladhar is Islamabad International Airport.

It was from this airport that I started my journey at the tender age of ten on the 23rd of April, 1977, to a different country and a totally different world. After an eight-hour flight we landed at one of the world’s busiest airports— Heathrow— in one of the world’s most advanced cities: London, England.

Having spent the first ten years of my life in a typical Pakistan village, disembarking in London was a contrast of extremes. I had never before sat in a car, used a telephone, seen a toaster, or used an English-style water closet. I remember staring at the black legs of the white lady at the immigration counter and saying to myself, Weird country! Weird people!

It was only later that I realised that this odd madam had been wearing skin-tight black stockings on her white legs.

The next eight years of my life revolved around school, friends, and helping Dad in the shop. In the prime of my youth I got involved in whatever interested most youth in western cities. Discos, parties, and music were the main forms of entertainment for me and my peers. There was even talk of forming a DJ Band named Nirvana. Partying, music, and dancing seemed to me to be a charming way of spending life.

What Am I Doing and Why?

When I had somehow managed to pass a few CSE’s and O-levels and obtain admission to Tottenham College for A-levels, I began to ask the big and important questions that most people of sense ask themselves in life: What am I doing here? What’s the purpose of life? Where do I and all other humans come from? Which is the true religion?

I figured life couldn’t just be about partying, dancing, and music. It had to more. There must a higher purpose to it then just seeking pleasure. But I couldn’t ask my parents about the meaning of life because their knowledge and concerns were limited to business, money, relatives, food, cars, houses and plots, etc. I began to ask all and sundry about the meaning of life, but I discovered that most did not know themselves or were too busy with careers, business, and education to give a thought to these crucial questions.

I rejected my own religion, Islam, for not being able to provide answers because of the way I had seen my parents and most of my relatives practice it— or, more accurately, not practice it. The Islam I’d seen up until then consisted of making prayers over food on Thursdays (khatam), doing fireworks on Shabe-Qadr, going to Juma prayers every Friday, going to some shrine to cure a serious illness, and occasionally reading the Quran in the morning.

The thing that really angered me was that every day for around half an hour in the morning my mum read a book that she didn’t understand and also made me do it. Up to the age of sixteen I read the Quran just to avoid upsetting my mum, but now I decided I would not continue to do a thing which made no sense and had no benefit for me.

I had never seen anyone in my house or extended family pray five times a day so prayers weren’t that important. The only thing I did was the Juma prayers and even those weren’t regular. So I decided that I would stop practicing what little of Islam I was practicing because I just didn’t understand it.

With Islam pushed aside I decided to look towards the other viable options. The obvious one was Christianity. One day in the backyard of our shop I found a box with a dozen books on Christianity. Was this a sign from above? I read them and they offered some solace, so I decided to explore further.

Some days afterwards I bumped into a former schoolfellow named Grant. He seemed to have been transformed since his school days. He talked of the spirit and about being re-born. He was very enthusiastic about his religion and invited me to visit his church. It looked like another sign from above.

But before the visit could materialise my mum decided it was time we revisited our homeland near Mangla Dam, as it had been ten years since we left. I had by now completed my A-Levels in Sociology, Government, Politics, and Economics and decided it would be a good time to take a year out from studies before starting university. This turned out in hindsight to be one of the most important and best decisions of my life.