What Does it Mean to be Religious? 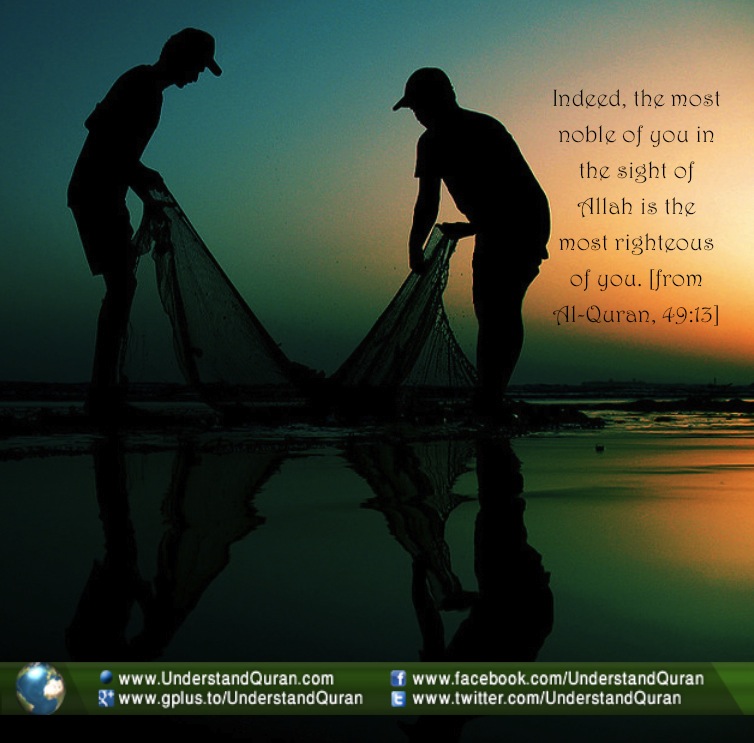 We all seem to have an image of what a God-fearing and religious person looks like. Our image may have been shaped by direct experience with people we consider pious. At other times our ideas are based on our reading or video viewing.

Concepts aside, the reality is that there are, have been, and always will be outstanding, amazing, God-conscious people in almost every nook and corner of our planet. But the most pious people don’t go around boasting about how good they are. Nor do they look down arrogantly on others.

It’s their sincere hard work, their humbleness in their achievements, and their trust in God that really make them superior to those who claim to be sincere, humble, and trustworthy yet act otherwise. So it’s a bit strange when people assume that the more pious a person becomes the less cheerful and the more arrogant he appears to be.

One should realize that the truly pious Muslims are the ones most caring towards their parents, who take the best care of their neighbors, who are kind in treating those younger than themselves and who are respectful towards their elders.

Was this what you had in mind when you thought of pious people? If so you should know that the person with whom you’ve had a bad experience whom you considered religious was in fact not a God-conscious person at all— at least not yet!

The Path of Those Who Have Won Your Favour

Allah says in the Quran: O people, surely we have created you from a male and female, and made you tribes and families that you might know one another. Indeed, the noblest of you with Allah is he who is best in conduct. [Quran, 49:13]

A significant amount of Islamic literature deals with improving one’s character and dealings with not just other human beings but also with animals. The Prophet (peace be upon him), told his companions of a woman who would be sent to Hell for having locked up a cat and neither feeding it nor even releasing it so that it could feed itself. [Narrated by Abdullah bin ‘Umar (R.A.), Recorded in Saheeh Bukhari]

A Heart for Justice and Mercy

Islam is not just about good conduct. It’s about perfecting one’s prayer, removing any possible chance of showing off, speaking out against injustice, and giving money to the needy and the under-privileged— in short, becoming closer to the creator of the universe and doing all possible to maintain and improve that closeness.

The companions of the Prophet Muhammad (peace be upon him) were world-renowned for their incredible characters and their amazing patience. They didn’t do good deeds so that other human beings could praise them but rather because they wanted to thank God in any way they could. They didn’t do good deeds so that people would reward them with medals or prizes but because they wanted to be rewarded by God in this life and the life hereafter.

This blend of sincerity combined with devotion, patience, and authentic knowledge of the commands of the Prophet (peace be upon him) and of God made Muslims unparalleled and outstanding. Unless and until we adopt this amazing yet simple recipe for success in this life and the hereafter we remain lost in the same mess we find ourselves in today.

Ali Naqash is a final year Structural Engineering student at the National University of Sciences & Technology (NUST), Pakistan, and is a proud Muslim. He wants to change himself and society for the better, even if it be only  a small, positive change. He can be contacted at engineering_logic@yahoo.com.