The Journey to Outstanding Muslim Parenthood 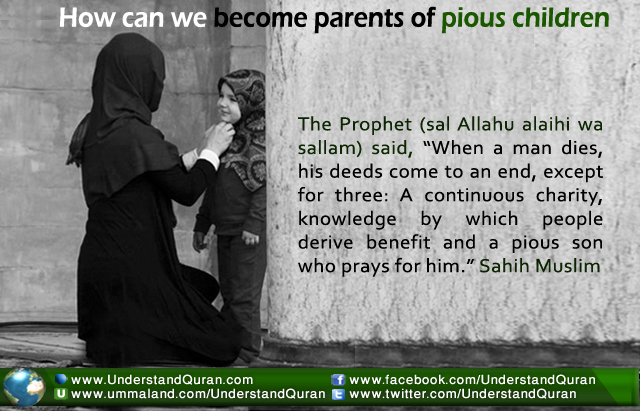 Outstanding Muslim Parenting 101
Journey with us as we discover how to help our children craft and hold firm to a Muslim Identity in this fast-paced society that we all live in.

Imagine turning your life around only to hear your own mother and father reject and ridicule you for leaving the religion they taught you. Imagine adapting to a new lifestyle, one that determined the type of food you were to eat and how you were to dress outside your home. Imagine getting married while you still young in order to obey your Lord by staying chaste.

Now picture being blessed with a beautiful son whom you name Abdullah (“servant of Allah”). You promise yourself that you’ll do whatever it takes to raise your son to be strong in his deen and to fight the challenges he’ll face.

Imagine life getting in the way; 16 years later this son is now taller than you, strong in his body and also strong in his mind. You want to be proud of him, but you can only cry as he tells you and your spouse that he doesn’t believe in Islam or Allah and that he’s decided to do his “own thing.”

Where did I go wrong, you’ll ask yourself. Was it the schools? Working all the time? Keeping him from the masjid? Not spending enough time with him? Allowing him to be around non-Muslims so much?  Keeping him with bad kids at the masjid?

Now imagine a different story. You’ve long dreamed of coming to America so that you can make some money and have a better life. Imagine finally getting the chance to leave your country and establish yourself in the United States.

You marry and have children and begin to provide a life that before was only a dream. You send money back home and enroll your children in the best private schools money can buy. Time goes by and your children are living a life of luxury that others can only dream about.

Imagine that as your daughter becomes a teenager attending private school— likely a Muslim school— how devastated you feel when you see that she’s not practicing Islam. She’s going around with no hayaa (shyness), and you see photos of her with a boyfriend on an online social network— taken with the new tablet or smartphone you bought her. Imagine the horror you feel when you find out that at 17 she’s pregnant.

It hurts to see close friends lose their kids to kufr and its influence. It’s not easy to see a friend’s children headed straight for a train wreck while their parents remain hopelessly optimistic. Imagine the little child you raised, the one you fed, the one who depended on you to change his or her diapers, the one who needed help walking and talking, the one who desperately needed the comfort of your arms.

How will you feel if the child who, when they tried to pray as a toddler, filled you with pride and gratitude decides to leave Islam or displays a reckless disregard for Islam?

Pain. A lot of pain. Unfortunately the stories that I share here happen to be the most common type of stories that our Muslim communities face.

A command to take seriously

It was after observing many of the above circumstances that OutstandingMuslimParenting.com was born.

After accepting Islam, I saw a command from Allah (swt) that I chose to take very seriously. Allah t’ala says in Quran, 66:6:

O you who have believed, protect yourselves and your families from a Fire whose fuel is people and stones, over which are [appointed] angels, harsh and severe; they do not disobey Allah in what He commands them but do what they are commanded. [Quran, 66:6]

The Prophet (sal Allahu alaihi wa sallam) said, “When a man dies, his deeds come to an end, except for three: A continuous charity, knowledge by which people derive benefit and a pious son who prays for him.” [Sahih Muslim]

When I accepted Islam as a teenager, I was the oldest of six children. I’d spent most of my schooling years in a private Christian school.  While many parents thought private religious schools were the answer, I saw firsthand the challenges of private schooling. Behind the illusion of respectability I saw the drugs, sex, and weapons.

Sadly, many of these same circumstances exist in today’s Muslim schools, with parents as equally unsuspecting. I promised myself that when I had children they wouldn’t be shuffled through the same kind of environment.

Lead from the front

After choosing the path of entrepreneurship and learning leadership, team building, codes of honor, systems building, and integrity-based principles, I was able to build a successful business. I chose to leave my job when my children were still young. I figured it was more important that I be near my family and lead them from the front than to provide for them financially while sacrificing time with them.

It hit me like a ton of bricks when a close friend’s son left Islam completely. His son was only about a year older than my daughter and he and his wife were the first Muslim couple we’d met after having accepted Islam. But I can’t say it was a surprise that his son would choose the route of kufr, based the steps I’d seen him taking and the fact that his father had disregarded my advice, choosing to be optimistic instead of facing the harsh reality of what was going on.

It hurt just as much when another friend’s teenage daughter chose to abandon Islam and instead follow her father’s way of life, since he was divorced from her mother, but the warning signs had been there as well.

After hearing these stories about my close friends’ children I was devastated. People seeing my children knew that they were grounded and well behaved, with a distinct Muslim personality. People have always asked us what we were doing different from other parents. At the time I had no idea that this would lead to us sharing the techniques and traditions we’d put in place as a family.

After sharing so much and seeing our advice work for others, we were eventually asked to do some speaking and to put something together to share with a broader audience. Hence, OutstandingMuslimParenting.com was born.

We wanted to share the best practices of parenting. We wanted to address today’s issues when it came to schooling versus education, media programming, strong Islamic personalities, brain neuroscience and its relation to behavior, psychology, and how knowing and using all of these things can make your parenting more effective.

We don’t want to hear another parent admit to settling on protecting their younger children from an older rebellious sibling. We’ve developed some effective disciplinary techniques  that have lead to some amazing success stories. Parenting 10 children, including two stepchildren, has allowed us to share from multiple perspectives and several family dynamics.

We understand western culture because we left it to accept Islam, and we find it shameful that many children are heading straight towards the same jahiliyyah that we escaped.

Outstanding Muslim Parenting 101
Journey with us as we discover how to help our children craft and hold firm to a Muslim Identity in this fast-paced society that we all live in.