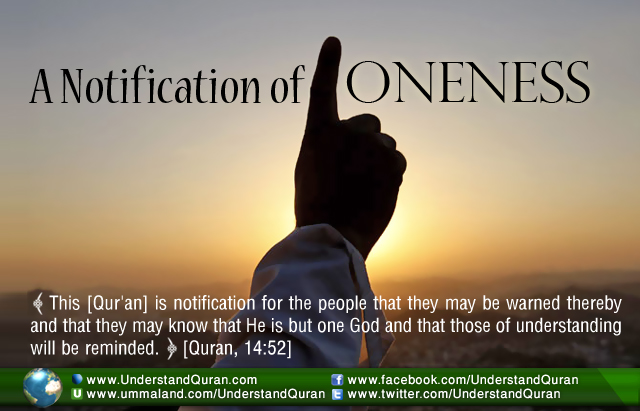 In the name of Allah swat, the Most Gracious, the Most Merciful

The Basics of Islamic Belief

Monotheism (wahdaniat), ibadah (worship), and righteousness are some of the fundamental Islamic commands, and Allah (swt) has explained these in the various verses of the Holy Quran. The Quran discusses Islamic monotheism in 285 places, righteousness in 141 places and worship  in 433 at different places, relating them to various situations.

These are the basics for the practice of Islam and for developing the spirit of tawheed (monotheism). They also lead to the testimony Laa ilaaha illallaah to affirm the oneness of Allah (swt).

Righteousness is also a basic requirement for tawheed and for performing the salah.   Allah (swt) is most forgiving and merciful, and may forgive sins other than shirk, if He so pleases, but He does not forgive shirk. This is because: one who commits shirk with Allah (swt) does indeed invent a sinful lie [Quran, 4; 48].

Indeed, he has been misled by Shaitan and has gone far away from the right path. Allah (swt) has repeated and emphasised this aspect in many places in the Holy Quran. Just to cite one, This is a proclamation for mankind: Let them take warning therefrom; let them know that He is the One and only- worthy of worship- and let the men of understanding learn a lesson. [Quran, 14: 52]

In the Holy Quran, prayer (salah) has been associated with charity (zakah).   Prayer is discussed 160 times and zakah 98 times in different ayaat. This clearly shows the importance of salah and zakah, and how they develop taqwa among the believers (Muttaqeen). It is the salah that differentiates a believer from a nonbeliever and also brings the muttaqeen close to Allah (swt). Sajud is said to be the Meraj of the saleheen.

Allah (swt) advises, O! You who believe! Seek My help with patience and prayer: surely, Allah is with those who are patient. [Quran, 2; 153]  He continues, [O Muhammad], what has been revealed to you of the Book and establish prayer. Indeed, prayer prohibits immorality and wrongdoing, and the remembrance of Allah is greater. And Allah knows that which you do. [Quran, 29: 46]

The Purpose of Our Creation

The purpose of creating mankind and jinns was to worship Allah (swt). As He declares, We have not created Jinns and Mankind except to worship Me. [Quran, 2; 56]   In the opening chapter of the Holy Quran, ayaat 5, He also states: You Alone we worship and You Alone we call for help.

Prayer is not only mandatory to the mankind but also to all of His creation, both the living and the nonliving, as He says, Whatever is in the heavens and the earth do prostrate before Allah alone willingly or unwillingly, so do their shadows in the mornings and evenings. [Quran,13; 15]

Allah (swt) describes the momeneen as only those who believe in Allah and (His) Messenger [Quran, 49; 15]. Addressing the momeneen Allah (swt) commands, O, you who believe! Enter in Islam completely, and do not follow the footsteps of Shaitaan. Indeed, he is your open enemy. [Quran, 2: 208]

Allah (swt) continues the advice in another verse, O believers! Fear Allah and believe in His Rasool, He (Allah) will grant you a double share of His Mercy, provide for you a light to walk with and forgive you your sins. And Allah is Oft-Forgiving, Most Merciful. [Quran, 57; 28]. There are several such verses in the Holy Quran that testify to this.

Nobility and piety with righteousness command the highest regard with Allah (swt) as He testifies,O mankind! Surely, the most noble of you in the sight of Allah is he who is the most righteous. Allah is All knowledgeable, All-Aware. [Quran, 49; 13] He also explains the criteria that compromise righteousness and piety.

As Allah (swt) explains, Righteousness and piety is not whether you turn your face towards East or West: but the righteousness is to believe in Allah, the Last day, the Angels, the Books and the Prophets, to spend wealth out of love for Him and on the redemption of captives; to establish Salah, to pay Zakah, to fulfil promises when made, to be steadfast in distress, in adversity and at the time of war, these people are the truthful and these are the pious. [Quran, 2; 17]