Praiseworthy and Blameworthy Questioning [Read Quran With Tajweed at UQA] 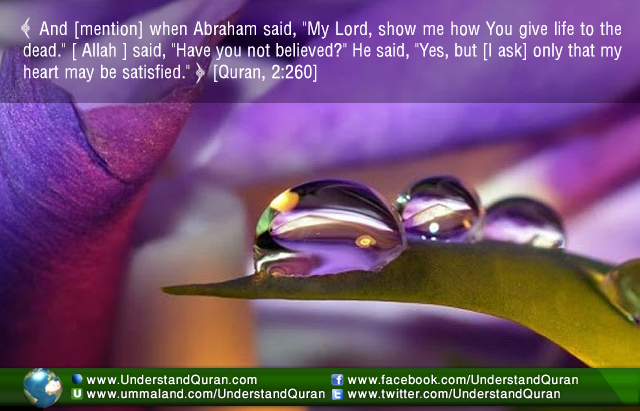 We sometimes come across examples in Islam of how it is detestable to ask too many questions. But on the other hand there are stories of how the Sahaba, especially the women, would come and ask daring and embarrassing questions to the prophet, which is considered a praiseworthy quality. A sister once confided in me a secret self-doubt– that she would blame herself for asking too many questions about religion.

How do we reconcile these two seemingly contrasting viewpoints? Below is an attempt at understanding this ambiguity.

Imam Malik rahimahullah was asked, regarding the word “istiwa” in the following verse (translation):

The Most Beneficent Istawa (rose over) theThrone. [Quran, 20: 5]

How does Allah Istawa (rise over throne)?

Imam Malik dropped his head due to the enormity of the question and in order to produce an appropriate reply until he was sweating. Then he raised his head and replied with his famous statement which is considered the scale of all the Attributes of Allah, Istiwa is not unknown, its description is beyond our understanding, belief in it is obligatory, and questioning about it is an innovation. 1

There are in fact direct admonitions from the Quran and hadiths regarding questioning:

On the authority of Abu Hurayrah (ra):

Allah’s Messenger (ﷺ) addressed us and said: O people, Allah has made Hajj obligatory for you; so perform Hajj. Thereupon a person said: Messenger of Allah, (is it to be performed) every year? He (the Holy Prophet) kept quiet, and he repeated (these words) thrice, whereupon Allah’s Messenger (ﷺ) said: If I were to say” Yes,” it would become obligatory (for you to perform it every year) and you would not be able to do it. Then he said: Leave me with what I have left to you, for those who were before you were desroyed because of excessive questioning, and their opposition to their apostles. So when I command you to do anything, do it as much as it lies in your power and when I forbid you to do anything, then abandon it. [Sahih Muslim]

O you who have believed, do not ask about things which, if they are shown to you, will distress you. But if you ask about them while the Qur’an is being revealed, they will be shown to you. Allah has pardoned that which is past; and Allah is Forgiving and Forbearing. [Quran, 5:101]

Imam Zarabozo explained this ayah and also the admonition of the Prophet thus: “The prohibition or cencure in these two texts concerns questions for which answers are not needed. They are in relation, for example, to hypothetical questions, questions just for fun and ridicule, and questions due to obstinacy. These kinds of questions are not allowed. They were put forward by the hypocrites, disbelievers and those whose hearts were diseased of the Prophet’s time and are still prohibited today.”

Let us look at some examples:

A man was murdered in the community of Banu Israel that was then under the leadership of Musa alaihi salam. They asked Musa for Divine help. So Allah commanded them to slaughter a cow. The first thing they said was: “Do you take us in ridicule?”

Then they asked: “Call upon your Lord to make clear to us what it is.”

Notice, not the act of questioning, but the tone. First of all they took it as a joke, and then they asked something in the line of “What is a cow? We don’t know what a cow is, ask your Lord to make it clear.”

Another example from the Banu Israel’s ridiculing of their Messenger:

When Musa alaihi salam came back from his meeting with Allah Azza wa Jall, carrying the Tablets, they said: O Moses, we will never believe you until we see Allah outright. [Quran, 2:55]

And [mention] when Abraham said, “My Lord, show me how You give life to the dead.” [ Allah ] said, “Have you not believed?” He said, “Yes, but [I ask] only that my heart may be satisfied.” [ Allah ] said, “Take four birds and commit them to yourself. Then [after slaughtering them] put on each hill a portion of them; then call them – they will come [flying] to you in haste. And know that Allah is Exalted in Might and Wise.” [2:260]

Reason for asking question? That my heart may be satisfied

An Ansari woman came to the Prophet and asked about cleaning oneself after menses. Aishah said: The best of the women are the women of the Ansar. Shyness would not prevent them from inquiring about religion and from acquiring deep understanding in it. [Abu Dawud]

Reason for asking question? Acquiring deep understanding in it [the religion]

[1] [From What You Must Believe About Your Creator , translated excerpt from Uthaymeen’s work]

In Understand Quran Academy, you can learn all the words you recite in salah in just 9 hours! Click here to know more.