In the Quran, Not All Lies Are Created Equal 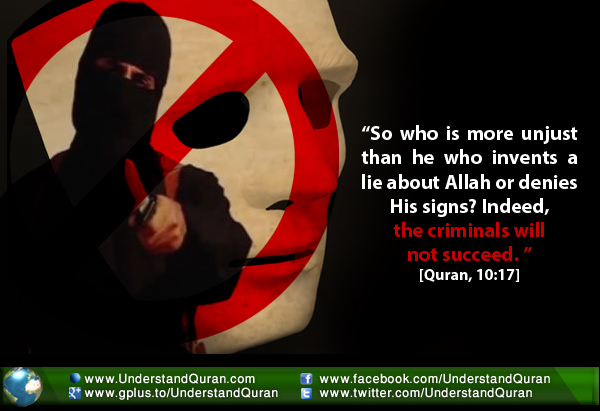 “Why didn’t you tell me you were in a car collision?” she asks angrily.

“Because I didn’t want to upset you!” he insists.

“But don’t you think that’s something a wife should know?”

“It was just a little thing— a bump and a dent, no more,” he points out.

“If it was such a little thing, why were you afraid to tell me? No— never mind. I’ve been married to you long enough that I already know the answer. You were afraid to tell me because you didn’t want me to remind you of how fast you drive, and of how much it will cost to fix the dent. You don’t want to hear me berate you about how you could have been injured or killed, or could have injured or killed someone else.”

The husband looked astonished. “Yeah,” he admitted. “That’s it, exactly. But how did you know?”

“Because,” she replied, “It’s exactly what went through my head when I got into a fender bender last week.”

“You didn’t tell me you were in a car collision!” he said angrily.

“I didn’t want to upset you!” she replied.

Lying and covering up seem like much bigger sins when we’re at the receiving end than when we’re dishing them out ourselves. But not all lies are created equal, and the Quran places special emphasis on certain kinds of lies.

One special case is lying out of unbelief, that is, the lies of those who have heard the message, inwardly recognise its truth, and outwardly reject it.

But what they concealed before has [now] appeared to them. And even if they were returned, they would return to that which they were forbidden; and indeed, they are liars. [Quran, 6:28]

Ironically, these same people have a tendency to fling that very accusation against the messengers themselves.

Said the eminent ones who disbelieved among his people, “Indeed, we see you in foolishness, and indeed, we think you are of the liars.” [Quran, 7:66]

Lies of Cowardice and False Oaths

Another kind of lie that the Quran holds to account is the lie of one who claims to want to help but holds back, swearing false oaths to hide their cowardice.

Had it been an easy gain and a moderate trip, the hypocrites would have followed you, but distant to them was the journey. And they will swear by Allah, “If we were able, we would have gone forth with you,” destroying themselves [through false oaths], and Allah knows that indeed they are liars. [Quran, 9:42]

And then there are the relgious hypocrites, who use relgious trappings to facilitate their disobedience and attack Islam from the inside.

And [there are] those [hypocrites] who took for themselves a mosque for causing harm and disbelief and division among the believers and as a station for whoever had warred against Allah and His Messenger before. And they will surely swear, “We intended only the best.” And Allah testifies that indeed they are liars. [Quran, 9:107]

“‘Alhamdulillah?’ Why?” says the wife, puzzled.

“Alhamdulillah, for starters, because neither one of us was hurt. And alhamdulillah that our deceit didn’t bring reproach to our religion.”

The wife smiles. “Will you forgive me for not telling you about my collision?”

“Of course,” her husband smiles back. “If you’ll forgive me for not telling you about mine.”