The Importance of Intention in Quran Study, Part II 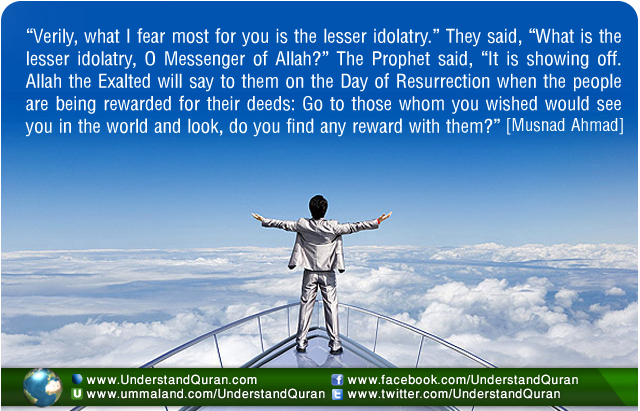 (Read the first part of this article here.)

Earning the Displeasure of Allah (swt)

It was also narrated from the Prophet that the most hated person to Allah is he who is Aladd and Khasim (meaning most quarrelsome). [Bukhari, Tafsir ibn Kathir]

Losing reward for all good deeds: The prophet said, Actions are according to intentions, and everyone will get what was intended. [Bukhari, Tafsir ibn Kathir]

If the intention is not for the sake of Allah, rather it is to please people or to make oneself appear superior, there will be no reward from Allah.

The hypocrites will be in the lowest part of the hellfire: One of the signs of a hypocrite is ‘if you have a dispute with him, he is most quarrelsome.’.[Bukhari & Muslim ]

Regarding the lifting of Allah’s guidance and blessings: Allah has said about the hypocrites, They are deaf, dumb, and blind, so they return not (to the Right Path). [Quran, 2:18]

Also:  So, a seal has been set on their hearts and therefore they are devoid of understanding. [Quran, 63:3]

The student of knowledge has to sincerely make dua to Allah constantly for guidance:  Guide us to the straight path: The path of those upon whom You have bestowed favor, not of those who have evoked [Your] anger or of those who are astray. [Quran, 1:6-7]

He also should establish a good relationship with Allah through prayer and remembrance, so that it is easy for him to remember Allah at times when he is bombarded with either praise or criticism, which is inevitable. He also needs to develop the correct attitude to these two.

He should read about the prophet’s life, and the biographies of the Sahaba, the Tabi’in and the great scholars of Islam, to remind himself that he has only just started taking infantile steps in the path to knowledge. He should remind himself that all knowledge comes from Allah, as the angels said: Exalted are You; we have no knowledge except what You have taught us. Indeed, it is You who is the Knowing, the Wise. [Quran, 2:32]

He should be gentle and kind towards those who do not yet have the correct understanding of the deen, make dua for them and gently advise them. You must be gentle, for verily, gentleness is not in anything except that it beautifies it . . .  [Sahih Muslim]

He should remind himself again and again why he is seeking knowledge, and he should be vigilant at all times to detect any signs of hypocrisy and arrogance. If at any time he detects any of these signs within himself, he should immediately seek Allah’s forgiveness and correct the problem.

These are some of the steps the student of knowledge can take in order to protect his intention. And Allah knows best.

Tabassum Mosleh Bushra is from Dhaka, Bangladesh. He did a BEng Honors in Mechanical Engineering from the University of Nottingham and went on to study Islam and psychology, He’s currently studying for a BA in the Islamic Online University. Although this is his first article published in English, he writes for a Bengali Islamic blog: www.ahobaan.com.