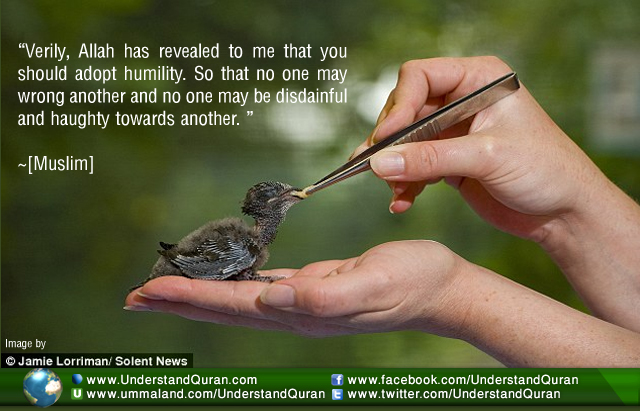 These questions have not come out from knowing about Islam; rather they have come from knowing Muslims. There are many Muslims who think that low self-esteem is actually praiseworthy, the ultimate form of humility, and so it’s a good thing. If you have too good an opinion of yourself, then you are arrogant, and no arrogant person can enter jannah. So it’s better to have low self-esteem than high self-esteem, just to be on the safe side. Right?

You have probably heard (or even said) things like, “Brother please don’t praise me— you don’t know what a baaad person I am!” or “Sister, if you really knew me, you wouldn’t think so highly of me.” “I really don’t deserve this blessed job.” Or even, “You’re a much better person than me. I am just nothing.”

We actually think these are praiseworthy statements, that they will bring us closer to Allah (swt) and save us from being arrogant and entering Hellfire. But do they really? Do we really know what the Quran and sunnah say about this? Let us have a look at it from that point of view, and also from the psychological perspective.

What is humility? A dictionary definition is “a lack of false pride.” Arrogance is therefore just the opposite of humility. The Prophet (saws) said,

Verily, Allah has revealed to me that you should adopt humility. So that no one may wrong another and no one may be disdainful and haughty towards another. [Muslim]

So humility is: a) not to wrong another, and b) not to be disdainful towards another.

Arrogance, on the other hand, is defined by the prophet like this:

So again we can see that arrogance is the opposite of humility. Having false pride is actually the reason why people scorn other people and hold them in contempt. If we really knew our own worth and that of others we would have no reason to scorn others.

Esteem means honour, respect. Self-esteem is respecting yourself for who you are, despite your faults and shortcomings. You respect the way Allah has made you, because He has made you in the best possible form. [95:4] You realize that you’re just human, that you have good days and bad days, that you have faults as well as virtues. You’re not living in a dream world where you think of yourself as awesome and more worthy than others. You know perfectly well what you are, and respect yourself anyway.

Low self-esteem is lacking in all those qualities mentioned above. You condemn yourself and scold yourself for your shortcomings and lose respect for yourself. You think that you’re inferior (thus the term inferiority complex), “bad,” worse than others. You believe wholeheartedly that others are better than you, and so you don’t deserve respect.

Low self-esteem is a strong factor in many psychological disorders: depression, anxiety, bipolar disorder, schizophrenia, identity disorders, and, believe it or not, superiority complex and narcissism!

How does low self-esteem cause a superiority complex? When you don’t respect yourself, your psychological defense mechanisms are activated. You start distorting reality and thinking too highly of yourself and having too low an opinion of others.

These two are more or less the same thing– false pride. You look down on others in order to feel better about yourself. Why? Your void of inner respect makes you think that the only way you can feel good about yourself is by putting others down.

Is it possible to have both humility and self-esteem? Sure it is. This will become crystal clear if you look at the following hadith:

According to the above hadith, we shouldn’t. No Muslim is better than another except in taqwa, and we can’t really judge anyone’s taqwa, even our own. Let’s leave the judgment of taqwa to Allah (swt), and consider ourselves equal to one another. If we don’t, we’ll cause unnecessary complications in our lives.

We cannot achieve the maximum productivity we want to achieve for the sake of Allah and we won’t be able to accomplish all the things we plan to accomplish if we don’t have confidence in ourselves. Practice humility, and at the same time cultivate respect for yourself, an amazing creation of Allah.