How I Came to Islam, Part III: The Quest for Truth Leads to Shahada 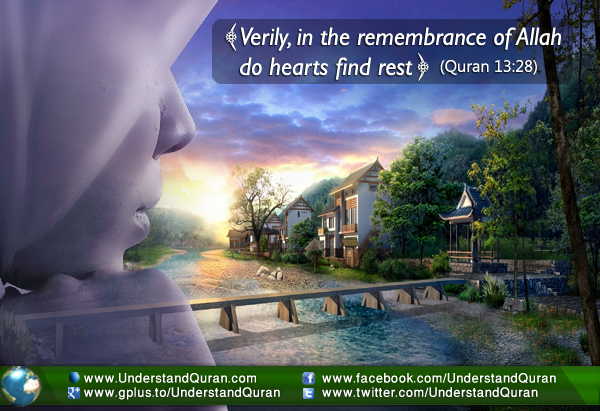 My quest for truth started with reading all the gospels in the Bible. I spent several hours every weekend just to learn about this by myself. As time went by I found more and more signs and the Bible slowly but surely lost all credibility as the words inspired by God. After one month I got hold of a Norwegian translation of the Quran— definitely my best buy ever! I was absolutely amazed at the first words I read:

This is the Book about which there is no doubt, a guidance for those conscious of Allah— Who believe in the unseen, establish prayer, and spend out of what We have provided for them, And who believe in what has been revealed to you, [O Muhammad], and what was revealed before you, and of the Hereafter they are certain [in faith]. Those are upon [right] guidance from their Lord, and it is those who are the successful. [Quran 2:2-5]

The fact that I had read a little in the Bible already made it even stronger, because it was such a huge difference. The Quran was just straight to the point and incredibly informing in a very few sentences. Subhanallah!

Maturity and Knowledge of Islam

In March I was taking an online course called Understanding Islam. I had already been reading a lot of small articles about the religion on thedeenshow.com, but now I was finally shown the big picture of Islam. My conviction just grew stronger stronger as I learned more. Islam was something truly amazing, and very different from what I had imagined before.

Besides the course, school work, and other commitments, I was constantly reading the Quran. The story of Yusuf (as) really touched my heart. One verse especially made my tears flow like crazy: And when Joseph reached maturity, We gave him judgment and knowledge. And thus We reward the doers of good. [Quran 12:22]

I was reading the verse totally out of context, and just looked at my own situation. I was 18 years old, I had just reached maturity (according to the society), and all of a sudden I was getting all this knowledge about Islam.

I also came across a lot of amazing convert stories. Even though the stories were unique and very different from each other, I noticed one common thing about all the converts: they had this deep sincerity and an intense wish to understand the truth, or God, or the purpose of life. I found myself in exactly the same situation.

Since I didn’t know of any Muslims except my one Muslim friend, these stories were of great value to me. It was wonderful to see that there actually existed people who accepted Islam. The fact that even a lot of Christian pastors and priests accepted Islam made the religion even more interesting.

The story of Yusuf Estes (famous imam, former priest) was just heart-warming. And I still remember a woman’s description of her way to Islam: “I was reading the Quran and I kept looking for the mistake that made Islam ‘just another man-made religion’. Muslim was the last thing I wanted to become! But I couldn’t find it.”

Impossible to turn away

I was also very scared of Islam in the beginning. But after my first introduction to the religion, it was impossible for me to turn away and act as if the message had never reached me. Especially after reading the following verse; it wasn’t even a question if I should continue seeking knowledge– it was a must.

So there has [now] come to you a clear evidence from your Lord and a guidance and mercy. Then who is more unjust than one who denies the verses of Allah and turns away from them? We will recompense those who turn away from Our verses with the worst of punishment for their having turned away.” [Quran 6:157]

Credibility, Then Obstacle, Then Peace of Heart

In addition to all of this, the science of the Quran was of great importance in helping me accept Islam. Everybody knows that at some point science and Christianity parted and went their separate ways, kind of. Of course many Christians will claim that they are not contradicting each other, rather they are explaining the gaps of the other.

But with Islam and Quran, it is a whole different matter. Both the Quran and the Sunnah of the Prophet (saw), goes hand in hand with science. The things discovered by science today– or the last few centuries – were already stated by the Quran 1400 years ago. How amazing is that? Allah (swt) asks: Then will you not reason? [Quran 21:12]

One of my greatest obstacles regarding accepting Islam was that from the start I wished to “do everything right”. I was thinking I should at least be able to pray properly before becoming Muslim. Luckily I heard an imam explain that the Quran was sent down over a period of 23 years.

In this is a sign for us; Allah (swt) could have sent down the complete Book at once. But in His Wisdom and Mercy, He didn’t. From this we can learn that change takes time, and we that are supposed to develop step by step. I was also told: “If you believe in one God, Allah (swt), and that Muhammed (saw) is His Messenger, then you’re Muslim”. It’s as simple as that. So after completing the translation of the Quran, I had no more reason to wait.

I made my shahada on June 17th 2011. Alhamdulillah! I have never looked back. The more I learn, the happier I get. A great benefit of Islam is that it doesn’t ask us to suppress intellect, reason, or logic. Rather, we’re supposed to think, reflect, and use our reason actively. The only times my heart isn’t at ease is when I don’t remember Allah (swt) and obey Him enough.

I can testify to the truth of these words: Verily, in the remembrance of Allah do hearts find rest. [Quran 13:28]