90 Years in This World: Guidance and Misguidance 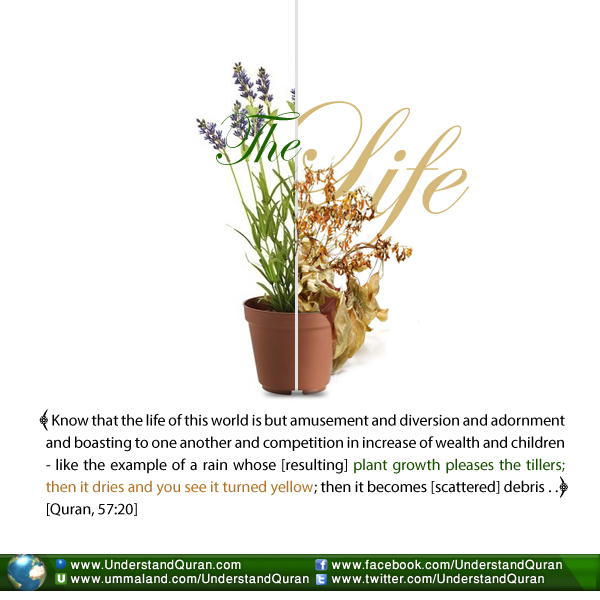 (This article forms part II of the Series: 90 Years in This World. See the first part of this series here.)

We know that our worldly existence is transitory, at most a century. We know that we will die leaving our assets behind. Yet still, our minds make this life the center of “our” world.

What happens, according to our own creator, is this: Competition in [worldly] increase diverts you until you visit the graveyards. [Quran, 102: 1-2]

In our rush for worldly success, we remain sadly oblivious to the hereafter– and the ultimate success: Jannah.

Where We Began to Digress

If we leave the Book of Guidance, how will we get the guidance? It is like losing both your manmade satellite and mariner compass.

We have been given but little knowledge, so the best way is to follow what our Lord, the All-Knowing, the Most Merciful has commanded us to do.

And they ask you, [O Muhammad], about the soul. Say, ‘The soul is of the affair of my Lord. And mankind have not been given of knowledge except a little.’ [Quran, 17:85]

What a lesson to learn here! Think about it– from your heart.

Our Misguidance: How and Why

The Devil’s Trap: The Ultimate Failure

And a devilishly strong source of great trouble is forgotten: Satan’s promised goal is to put as many people as he can into hell– the ultimate failure.

Beware! Satan has a devious strategy:

After landing men into sin, Satan deceitfully distances himself.

On the Day of Judgment, see what Satan will say [14:22]: And Satan will say when the matter has been concluded, ‘Indeed, Allah had promised you the promise of truth. And I promised you, but I betrayed you. But I had no authority over you except that I invited you, and you responded to me. So do not blame me; but blame yourselves. I cannot be called to your aid, nor can you be called to my aid. Indeed, I deny your association of me [with Allah ] before. Indeed, for the wrongdoers is a painful punishment.

Satan is an avowed enemy [2:208 and 36:60] and a cunning deceiver. We must take this into account while planning our daily or world affairs, just as we would plan and strategize against the enemy in a combat zone.

Yet, it seems nobody really takes notice of this enemy. Wonderful, hidden, and quiet, Satan and his armies are working round the clock. No beating about the bush on this: Satan’s unabashed, declared aim is to shove humans into a fire eternal.

We Can Be Saved from Satan

The Holy Quran says we can be saved from Satan if we are sincere servants of God and purify our beliefs and actions.

At the Individual Level

With every step we take, every plan we make, we must peer into our own minds and hearts and ask: Why am I doing this? To what end? Via what means? For whose radha (pleasure)?

What a simple yet necessary thought: national parliaments and conferences should discuss strategies to fight or eliminate the fatal influences of this enemy in our lives.

Who We Are– And Who We Think We Are

And still, we are arrogant. This is a gross ingratitude.

One life only– our period is limited. It is for us to choose how we spend it.

The Key to Success

And whoever desires other than Islam as religion – never will it be accepted from him, and he, in the Hereafter, will be among the losers. [Quran, 3:85]

Let there be no doubt, the complete system and absolute manual of life has been selected and finalize– by Allah.

For attaining and practically living this key to success, the Holy Quran clearly outlines these powerful–  empowering— guidelines for us [3:131-136]:

For such, the reward is forgiveness from their Lord, and gardens with rivers flowing underneath (paradise) wherein they shall abide forever. How excellent is this reward for the doers (who do righteous deeds according to Allah’s orders).” [3: 131-136]

For each one of us, the greatest news has already arrived.

Say, “O My servants who have transgressed against themselves [by sinning], do not despair of the mercy of Allah . Indeed, Allah forgives all sins. Indeed, it is He who is the Forgiving, the Merciful.” And return [in repentance] to your Lord and submit to Him before the punishment comes upon you; then you will not be helped. [39:53-54]