The Grandest of Nights 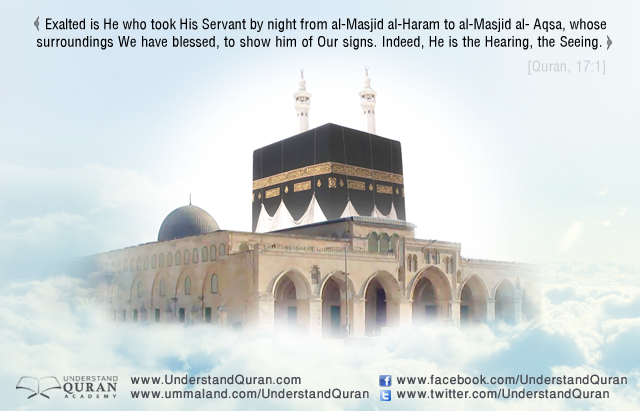 It had been around ten years since Muhammad (peace be upon him) had become a prophet. A lot had gone on since; his own tribe and clan had turned against him. His followers had been persecuted, and some, such as Sumayyah and Yasir (Allah be pleased with them) were actually martyred due to the torture.

The Year of Sorrow

The Muslims were struggling to gain a foothold in the most blessed of lands— the blessed city of Makkah. Times got very distressing for the prophet.

In the space of a very short time the prophet also lost his two closest family members, one of whom was our mother Khadijah, who passed away after having been married to the prophet for 25 years .

When the prophet was wondering who would ever believe in his prophecy,  Khadijah (Allah be pleased with her) responded, “I testify that there is none worthy of worship but Allah and that you are the Messenger of Allah.”

She was a wealthy and a successful merchant, and her wealth was spent in the cause of the weak and destitute Muslims of Makkah, who were in great suffering.

Very soon after that, the prophet lost his uncle Abu Talib.

After the advent of prophethood, Abu Talib kept defending the prophet from all of the attacks of the Quraysh. The safety of the prophet was maintained by Abu Talib himself.

With the death of Abu Talib, the Quraysh had no one else to stop them. To add insult to injury, Abu Talib had died without accepting Islam. The prophet was devastated at the death of his uncle. Devastated at his loss, and devastated to not have been able to inspire him to Islam. He was so distraught that Allah sent the Quran to the prophet for consolation.

Soon after, the hostilities of the Quraysh increased to astronomical levels. The prophet sought to go to the neighbouring city of Taif to try and see if they would accept Islam. The chieftains of Taif refused to even entertain the prophet’s requests to talk.

Rejected and Persecuted in Taif

According to some Seerah literature, the prophet went around Taif for ten days knocking on doors and calling people to Islam. No one heeded his advice. It was not only rejection; as the prophet prepared to go back to Makkah, the people of Taif got their children together and asked them to pelt the Prophet with stones. He was pelted so much that blood dripped from his head and soaked his sandals. He nearly fell unconscious.

He made a dua to Allah, and pleaded for His mercy. Allah sent Jibreel with the angel of the mountains and asked if the prophet wanted the city to be destroyed. The prophet refused, saying, “Perhaps from among their children will come a group of people who believe.”

This is the background for what was termed the “Year of Sorrow” in the life of the prophet. It was when the prophet was at his lowest.

And it was then that Allah took him to the highest! In the most amazing journey that was to happen to anyone in the history of humanity, Jibreel took the prophet on a winged horse called Buraaq from Makkah to Jerusalem over one night.

Communing with the Prophets

In Jerusalem the prophet lead all of the previous prophets in prayer. A symbolic prayer that highlighted that the prophet was indeed Imaam al-Mursaleen (Leader of the Messengers).

He was reminded of their plight, and soon afterwards he ascended through the heavens one after another. At each level and on each heaven the prophet met some of the previous prophets and exchanged greetings with them. Prophet Ibrahim said, “O Muhammad give my salam to your ummah.”

Prophet Musa lamented as to how the ummah of Muhammad was going to be larger than his ummah. After exchanging pleasantries with his brothers in prophethood, the prophet rose through the heavens to a level that even Jibreel can never reach.

A Conversation With Allah

The Prophet went back to Allah and it was reduced to 45. Prophet Musa again objected. This back and forth continued until the number of prayers was reduced to five. Prophet Musa suggested asking Allah again to reduce it, but our prophet sallallahu alayhi wasallam felt shy to keep asking Allah. And thus the five daily prayers as we know it were made obligatory.

The Night of al-Isra wal-Mi’raj

The Night of al-Isra wal-Mi’raj is one of the greatest miracles of the Prophet, and it has profound lessons for all of us. Some of them are:

While there is no sound textual proof, many scholars tend to think that the current month of Rajab is the month when the Isra wal-Mi’raj took place. As we move towards the end of the sacred month of Rajab, we go closer and closer to Ramadan.

Let us rekindle our connection to the gift of Allah— prayer. There is no better time than now.