A Gift From His Treasure Trove 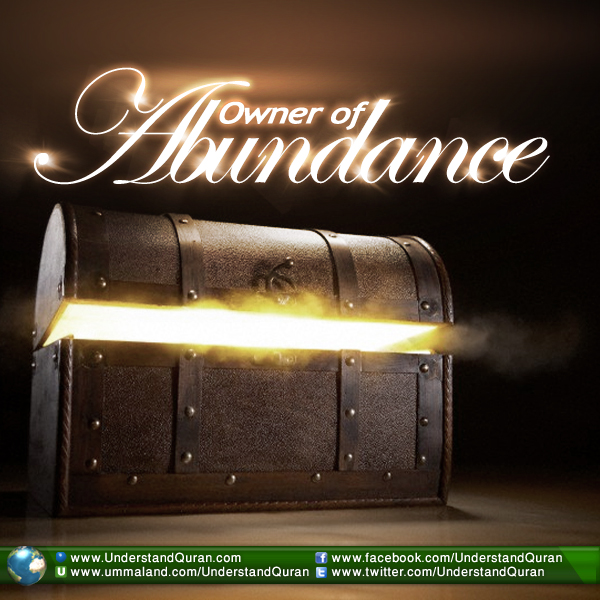 We often hear that Allah (swt) is Oft-Forgiving, Most Merciful, Most Beneficent, All Encompassing, The best Provider, etc.  We also know that these are some of the attributes of Allah (swt) and they’re called asmaa’ul husna (the beautiful names).

Somehow, we only learn all these as textual facts; some of us memorize the names because of the rewards attached, but most of us don’t contemplate each name or attribute of Allah (swt).  Contemplating and remembering those attributes at appropriate times in our day-to-day life will bring us closer to Allah (swt).  Besides, we will begin to realize the unending love, care, compassion, and concern of our creator towards His creations.

We human beings commit many sins, both knowingly and unknowingly.  Sometimes when we realize we’ve sinned we ask for forgiveness of Allah (swt).  At other times we’re very cool, and we even forget the fact that we’ve committed a sin.  But remember, all our deeds, good or bad, are being recorded.  Nothing goes unnoticed or forgotten.

Do we realize the gravity of this?  Just imagine, on the Day of Judgment, standing in front of all our sins, accumulated as a mountain!  Can we do anything to destroy that mountain?  Nothing, nothing at all!

Purpose of Death and Life

Allah (swt) says in Suratul Mulk, [He] who created death and life to test you [as to] which of you is best in deed – and He is the Exalted in Might, the Forgiving. [Quran, 67:2]

Subhanallah!  He’s saying this about the quality of our deeds and not our quantity, beauty, wealth, or any other achievement in this life! So, let’s make the most of this life by doing the best deeds.

The Most Merciful has given us antidotes to purify ourselves from the evil of our own deeds. The reward for one of the five pillars of Islam, The Hajj pilgrimage to Makka, if performed in the prescribed manner, is His forgiveness.

It’s narrated in a saheeh report that the Prophet (blessings and peace of Allah be upon him) said: An accepted pilgrimage brings no less a reward than Paradise. And he said: Whoever performs Hajj and does not commit any obscenity or commit any evil will go back (free of) sin as on the day his mother bore him.

And it was narrated that Abu Hurayrah (ra) said: The Messenger of Allah (blessings and peace of Allah be upon him) said: “The pilgrims performing Hajj and ‘Umrah are the guests of Allah; if they call upon Him He will answer them, and if they ask Him for forgiveness He will forgive them.” [Narrated by al-Nasaa’i and Ibn Maajah]

Those not performing Hajj can also benefit a lot from the month of Zul Hijjah, the last month in the Islamic calendar.  So sacred and priceless a time of tremendous virtues and blessings are the first ten days of Zul Hijjah that Allah (swt) says in the Quran: By the dawn; by the ten nights” [al-Fajr 89:1-2].

Imaam Ibn Qayyim (rahimahullah) (d. 751H) said: Indeed, its days are the most excellent of all the days with Allah. It has been confirmed in Saheeh al-Bukharee from Ibn Abbas (radhi allahu anhu) that the Messenger of Allah (sallallahu alaihi wa-sallam) said: “No deeds are more virtuous than deeds on these days.” The companions asked: “Not even Jihad (fighting in Allah’s Cause)?” He (sallallahu alaihi wa-sallam) replied: “Not even Jihad for the sake of Allah, unless a man goes out risking himself and his wealth for the sake of Allah, and does not come back with anything.” [Saheeh al-Bukharee vol: 2, no: 457]

Praise and thanks to Allah (swt) who has granted us these special days.  May Allah (swt) help us to get the most out of these blessed days and may Allah (swt) accept our good deeds and repentance.  Ameen.